“Dubrovnik – a remarkable city of forts, bastions & terra cotta roofs” is segmented into 3 key travel themes to immerse you into everything Dubrovnik: 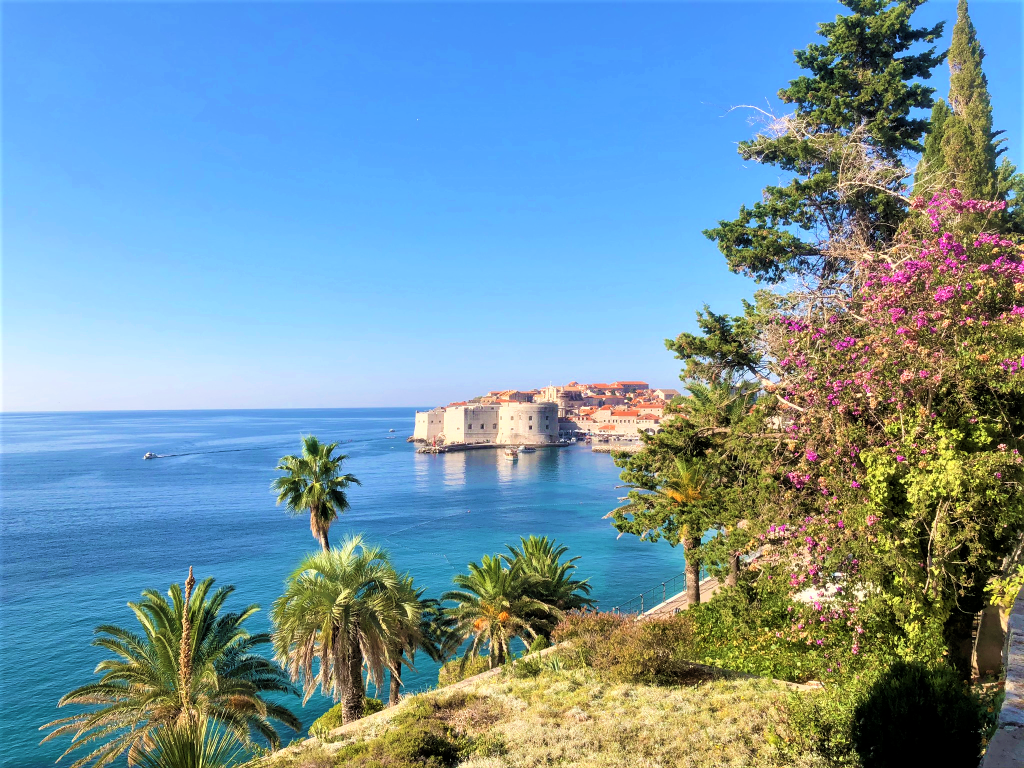 1. An introduction to this wonderful city:

With its sublime location overlooking the blue waters of the Adriatic, it is one of the world’s most magnificent walled cities and the City has World Heritage state.  Dubrovnik is situated in strikingly beautiful southern Dalmatia and has the lion’s share of Croatia’s high-end tourist industry.    Dubrovnik boasts a fantastic array of architecture including Baroque buildings, marble streets and some of the most intact castle walls in Europe.

When foreigners think of Dubrovnik they think of the city’s proud, pristine fortifications set against the azure sea.    It also features a cablecar up Mount Srdj overlooking the Old Town and stages the most venerable cultural event in the country, the high brow Dubrovnik Summer Festival.  Be inspired by a walk along the ancient city walls that have protected a civilised sophisticated republic for centuries.   Dubrovnik has bounced back with characteristic vigour from the shelling in 1991 that horrified the world.  Dubrovnik is the most prosperous, elegant and expensive city in Croatia. 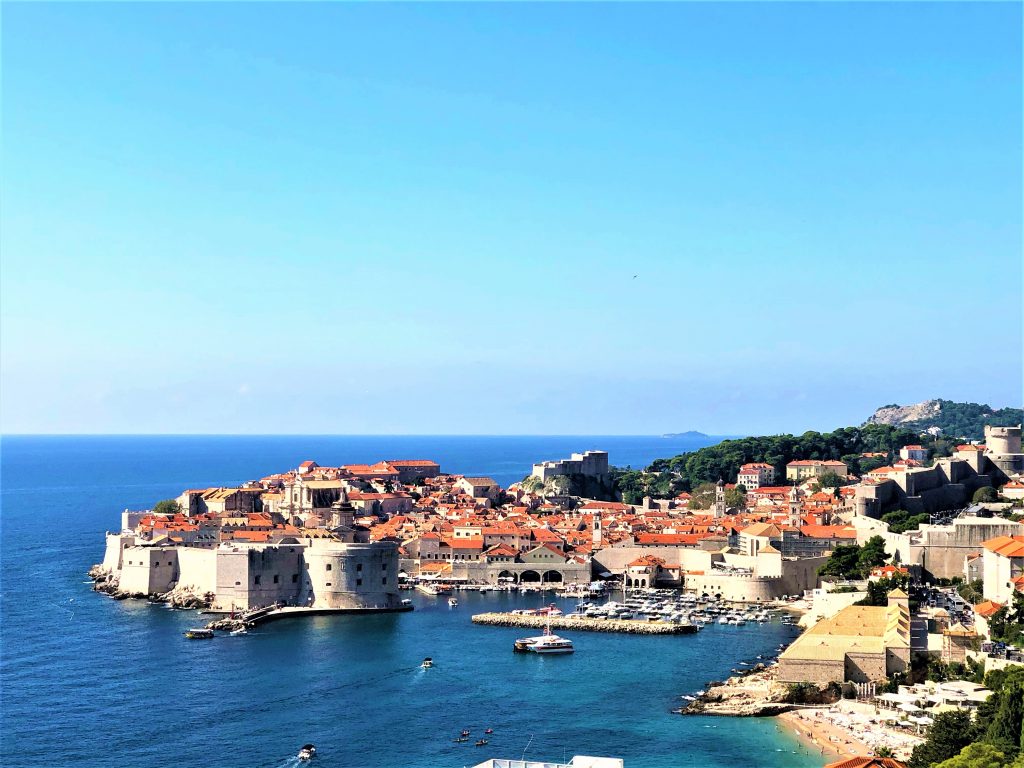 Almost everything worth seeing is centred within the compact Old Town.  To get the best view, and one of a stupendously clear, blue Adriatic lapping the rocks below and stretching way beyond embark on a stroll round the City Walls.  An hour should suffice but it is best to take your time as the views are incredible.  You will likely spend the majority of your time within the 15th-century ring of fortifications in the small square half-mile of gleaming medieval space bisected by 300-metre long Stradun, Dubrovnik’s main street. 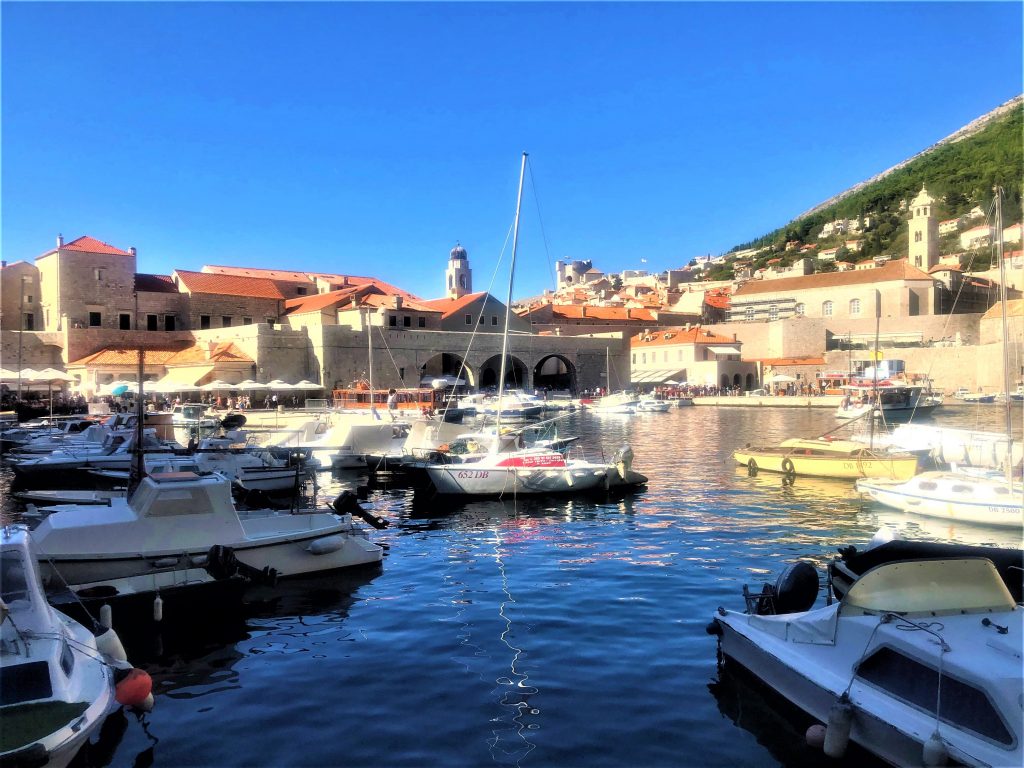 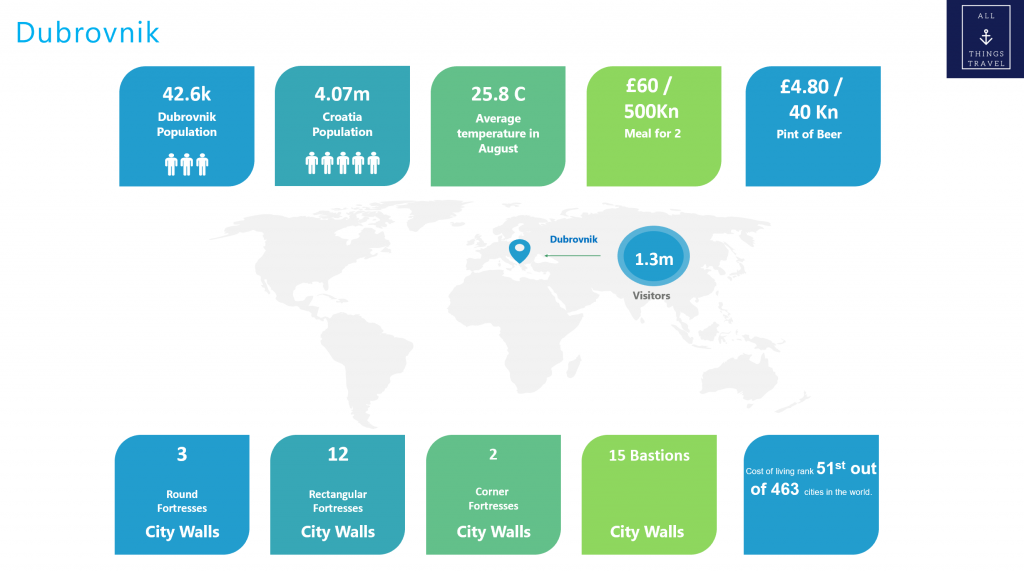 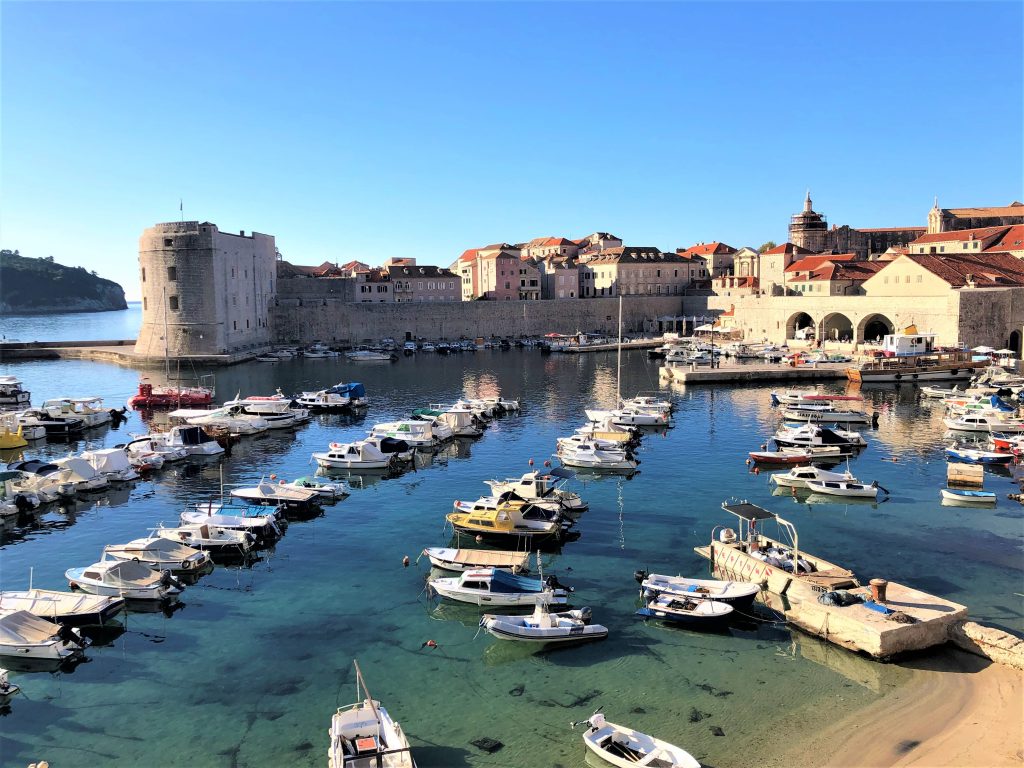 An adventure in Dubrovnik is not complete without a visit to the spectacular city walls. Established in the 13th century, the walls were continuously perfected over several hundreds of years, and even survived the great earthquake in 1667. The view over the old town and the shimmering Adriatic is fantastic. The whole fortification complex consists of 2km long main wall, 3 round, 12 rectangular and 2 corner fortresses and 15 bastions.

A tour of the City Walls, at places up to 25 metres high, is an opportunity to discover the city from above and if you’re like me a photographer’s heaven. One thing that immediately catches the eye when you visit the City walls are the distinctive red roof tiles of the Old Town. As you have a tour of this impressive series of defensive stone walls that consists of forts, bastions, casemates, towers and detached forts, you keep being impressed by the terra cotta colour of the rooftops of this medieval city that was almost completely destroyed in the Great Earthquake in 1667. Known as “Velika trešnja”, this devastating earthquake left more than 5000 people killed, among them the city’s rector Simone Ghetaldi and half of the members of the Great Council. Revelin fortress, Sponza palace, and Lazareti were few buildings that remained intact, as well as City walls. 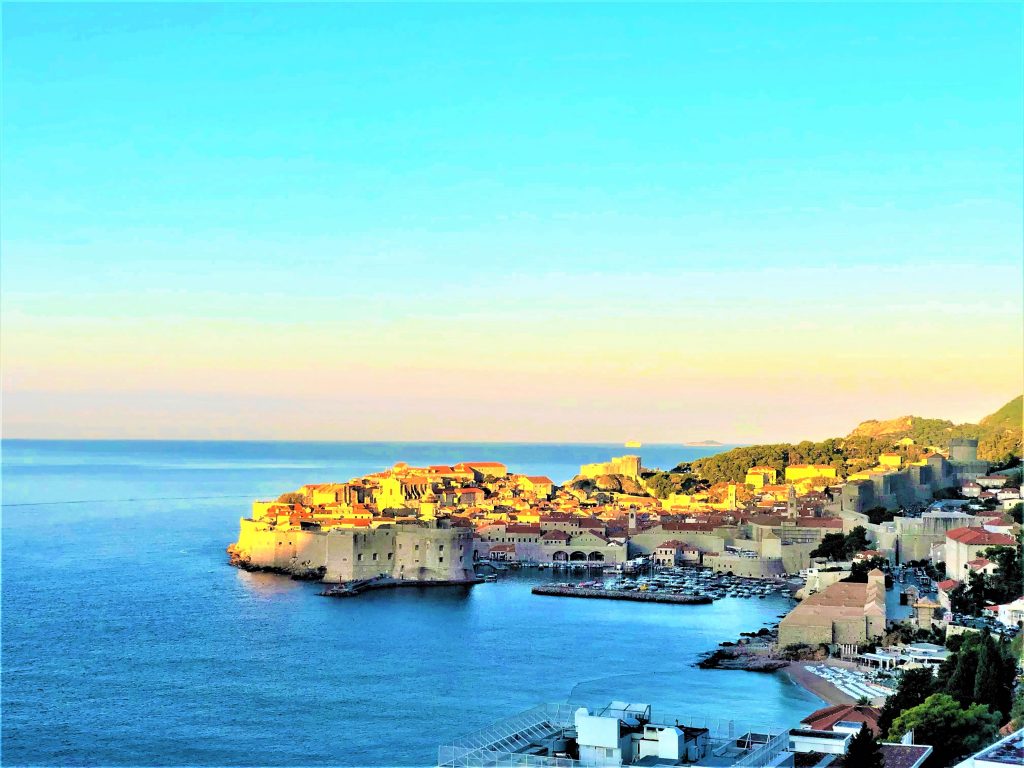