The Venice Travel Summary is segmented into 4 key travel themes to immerse you into everything Venice:

In writing this post I hope to inspire you to explore this wonderful City.

1. An introduction into sublime Venice:

Spread over an incredible 117 islands, connected by over 400 bridges and divided by some 150 canals.   Once the wealthiest city in Europe, Venice is arguably also the most beautiful.  Built on wooden piles in the middle of a lagoon on Italy’s Adriatic coast.  Venice wears its riches with pride.  In its heyday, this city state had strong trade links with the Byzantine Empire and the Muslim world. 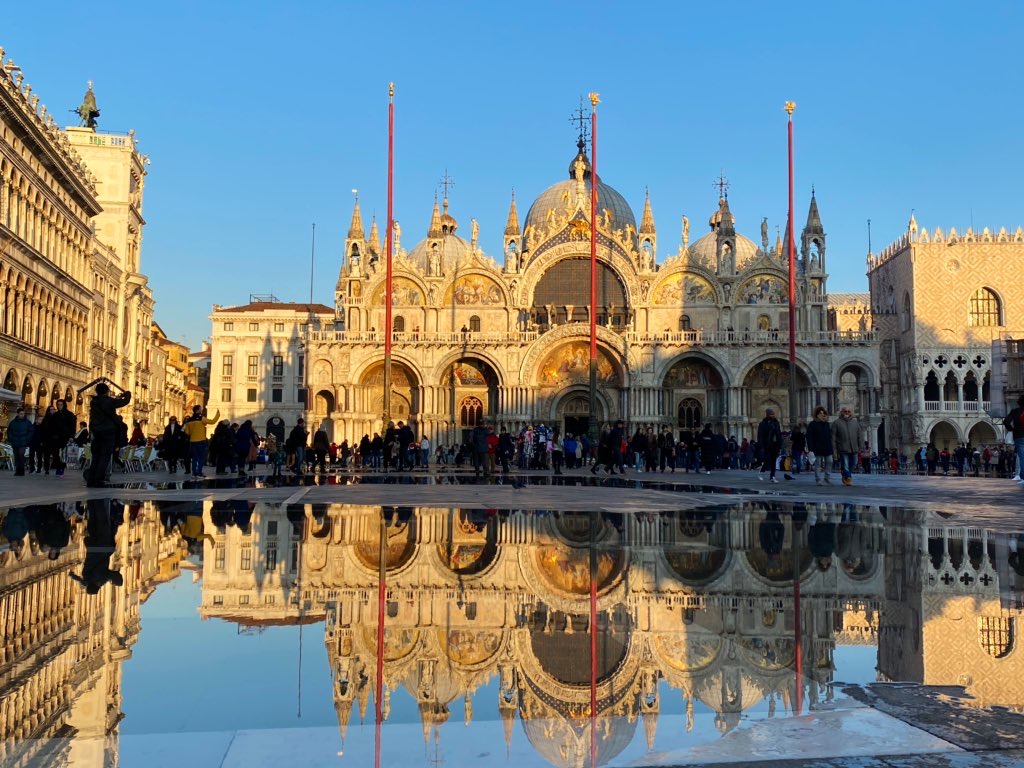 During the late 13th century, over 3300 Venetian trade ships dominated Mediterranean commerce.  Throughout this prosperous time, the city’s most prominent families competed with each other to build the grandest palaces and support the most talented artists.

The main artery of the city, the Grand Canal, sweeps in an elegant curve through its centre.  A vaporetto (water-bus) trip down the Grand Canal will reveal the faded elegance of more than 300 palaces, revealing the city’s beautiful blend of Europe and Byzantium.  And it is these private palaces and houses, rather than the public monuments, narrow alleys and backwaters of the city reveal all its decorative detail which reflects its past wealth and importance. 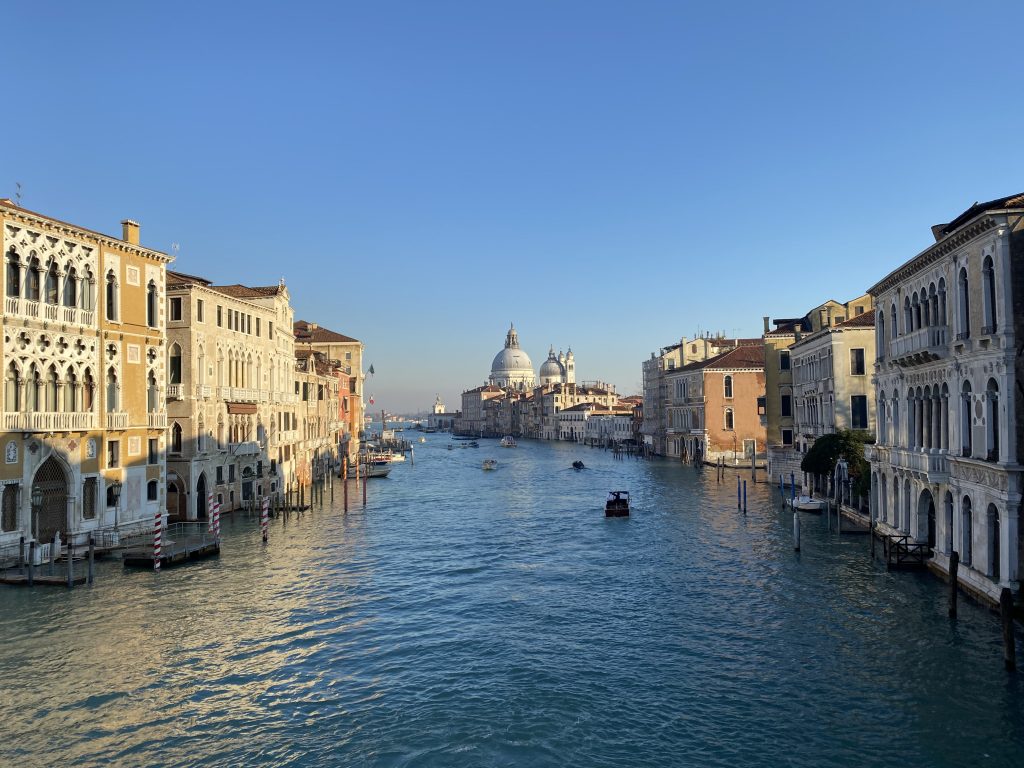 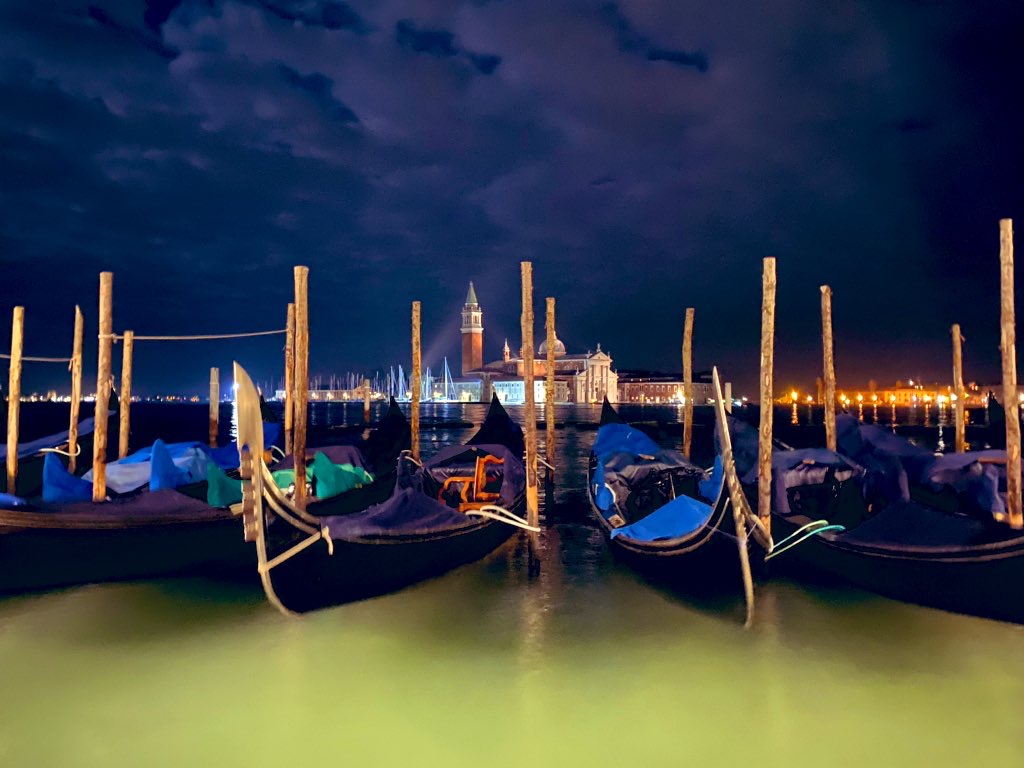 Some other interesting facts about this beautiful city:

The first itinerary is my all time favourite and I cannot recommend it to you enough, if you only have 24 hours in Venice or you want to hit Venice with a bang and in all its glory this itinerary sure will deliver!  Even though my wife and I travel to Venice two to three times a year, I do this every time and take photographs from similar vantage points.

Be prepared to be dazzled by a visit to the grandest square in the world which is surrounded by historic buildings e.g. St Mark’s Basilica, the Doge’s Palace, the Campanile bell tower and the Correr Museum

Take the elevator 325 feet to the top of the Campanile di San Marco for the best view in Venice. For a truly magical experience be on the top when the bells ring. Next visit St Mark’s Basilica and admire the Byzantine blitz of golden mosaics.

The light is fantastic first thing in the morning and you will be able to take the best photographs and selfies before the square becomes mobbed with day tourists. 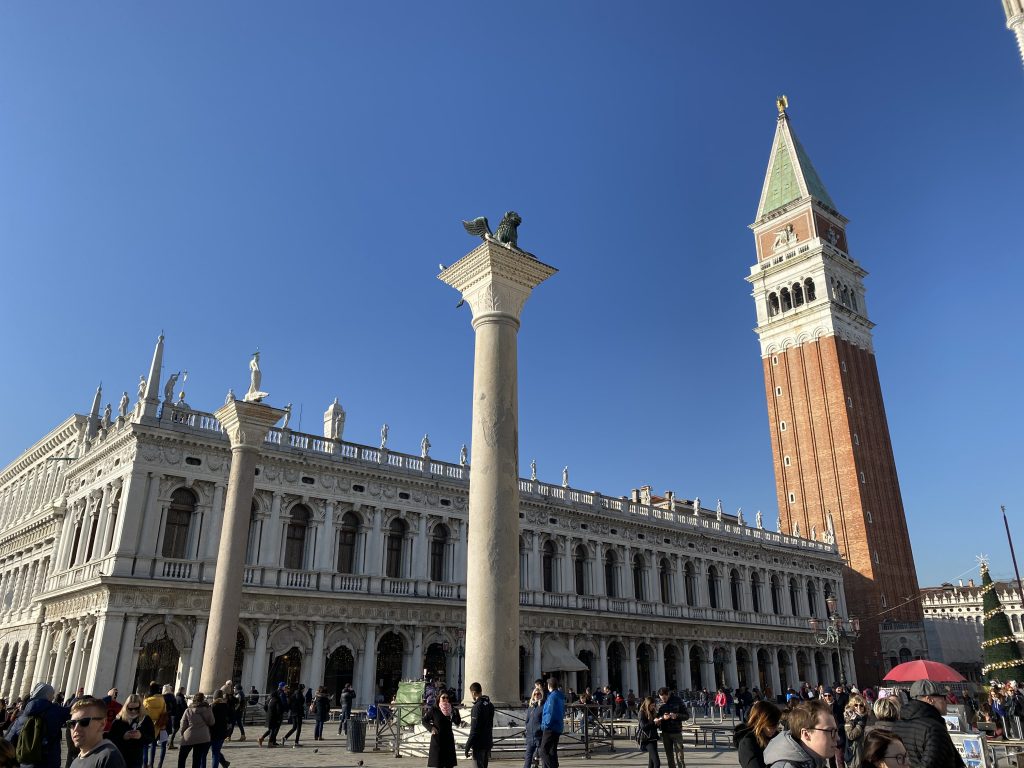 10am – Coffee at the oldest Café in the world:

Have a coffee at the oldest Café in the world situated under the arches of the Procuratie Nuove in St Mark’s Square. Caffè Florian born in Venice in 1720. Marvel at the Neo-Baroque splendour & modern art at an iconic 1700s café, turning out coffee, cocktails & snacks.  Have your coffee sitting at the bar – it will save you a fortune!

Take some magical photographs and selfies on the Ponte dell’Accademia (one of the four bridges which you can cross the Grand Canal)   The view towards Basilica di Santa Maria della Salute is sublime and one of my favourites in Venice.  Explore the fantastic modern art at the Peggy Guggenheim and at the Punta della Dogana.  No visit to Dorsoduro is complete without a visit to the Chiesa di Santa Maria della Salute which guards the entrance of the Grand Canal.   A walk around this area represents a more relaxed way to see Venice.

Evening – Immerse yourself in Classical Music:

For classical-music fans head to the Vivaldi Concert at the Chiesa di San Vidal by the sensational Interreti Venezian.   For the hottest ticket during the Opera Season is at La Fenice. Drop by Taverna La Fenice for the cocktail of your choice – there is a fabulous cocktail mixologist.

Now you are likely to be excited and probably want some more drinks – the Venice nightlife closes-up relatively early. The way round is to visit the bars within the numerous five-star hotels which have fabulous live entertainment – a favourite of mine is the Hotel Danieila.

8am – Boat trip down the Grand Canal:

What better way to see Venice than in the fantastic light at sunrise.  You will be able to see the magnificent palazzi, church facades, narrow streets and the bustling Grand Canal where boats are delivering goods to a whole multitude of businesses.  Deliveries start early in the morning as everything that is consumable needs to be brought into Venice from the mainland.

For the photographers Venice offers the best chance of capturing the perfect picture early in the morning or late evening before thousands of tourists descend on Venice.

10am –Visit the Rialto Market:

Visit the fresh fish market and vegetable islands within the Rialto market which sit under beautiful neo-Gothic arches. Mix with the Venetians who will be bartering for the catch of the day and picking up fresh produce.

Afternoon – Ramble around Rialto Bridge and the San Polo district:

Take some magical photographs and selfies at the one of the world’s most famous bridges – Rialto Bridge.  Visit the magnificent Scuola Grandi di San Rocco which contains 56 paintings by Tintoretto.  Then visit the Frari Church to see Titian’s pyramid-shaped tomb and his painting of Ascension.  A visit to the Galleria d’Arte Moderna in the Ca’Pesaro (one of the most impressive palaces on the Grand Canal) has a great selection of 19th and 20th century art.)  There are some fantastic souvenir and craft shops in the small streets of San Polo. 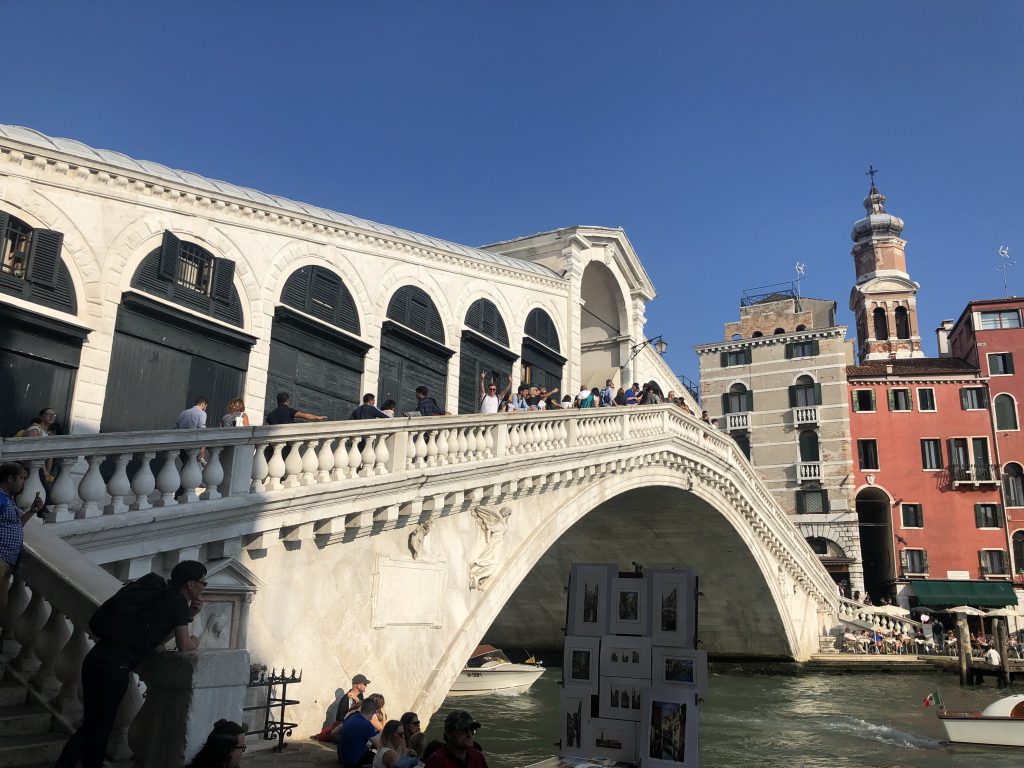 Reward yourself and slow down the pace by checking the traditional “bàcari” (Cicchetti bars or Osterie) and sampling the Aperol Spritz, wine menus and the delicious chicheti (Venetian snacks.)  Before so long you will have your second wind to explore this wonderful city. 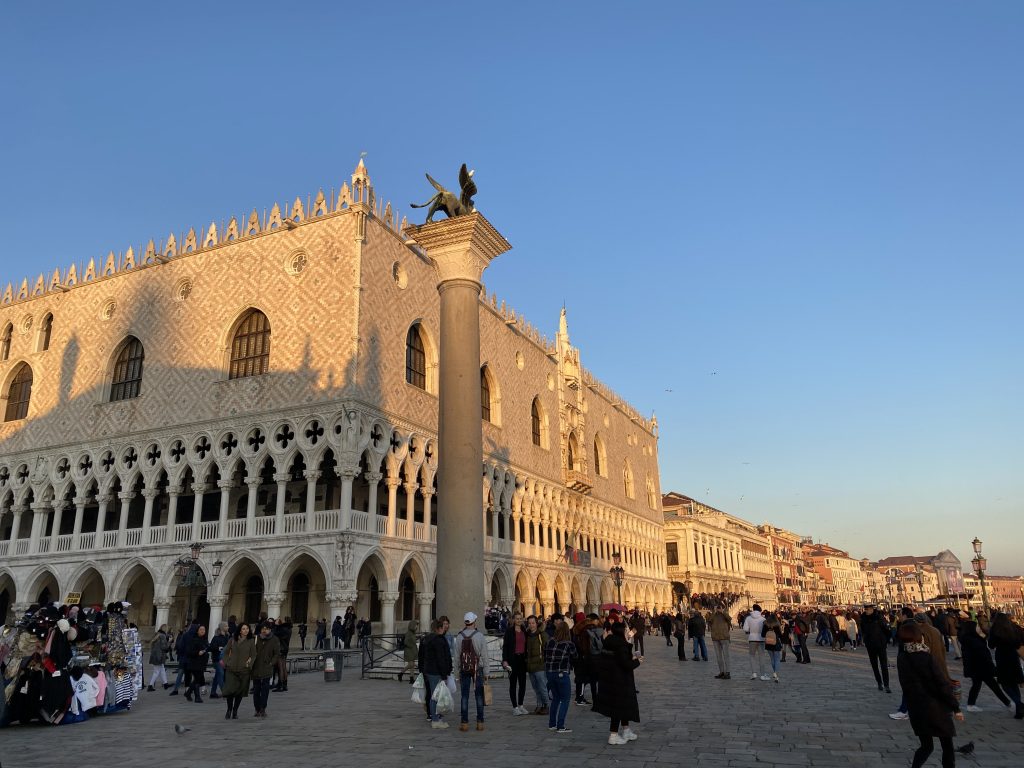 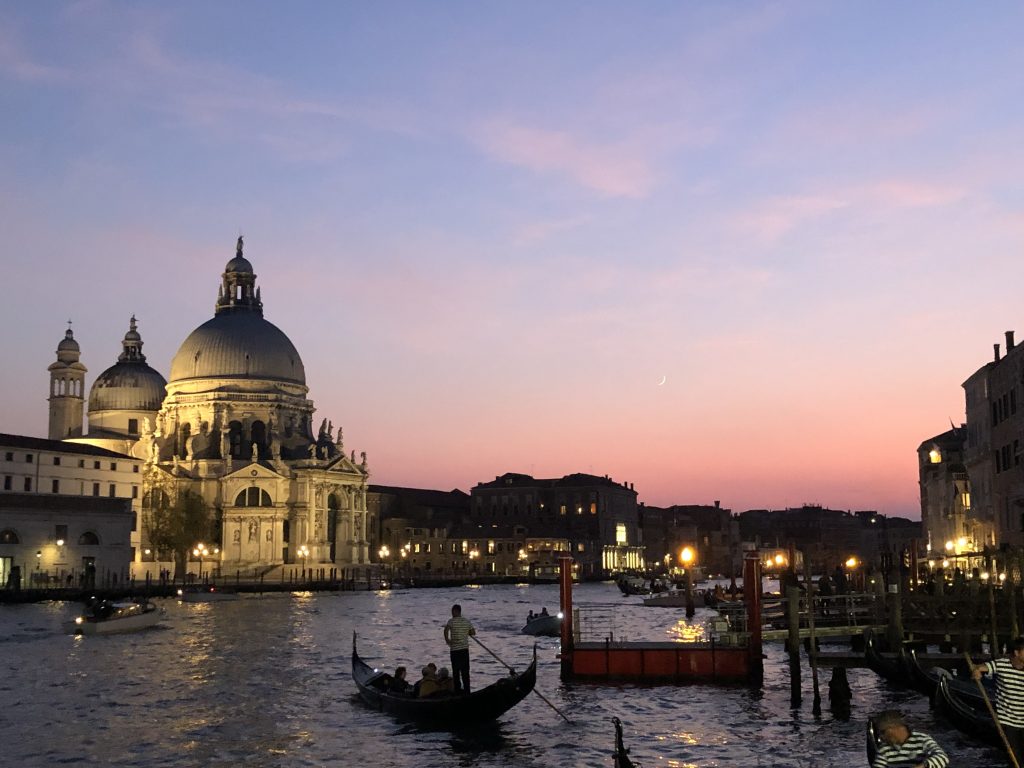