“Statuesque Budapest, Queen of the Danube!” is segmented into 4 key travel themes to immerse you into everything Budapest:

In writing this post I hope to inspire you to explore this wonderful City.

Statuesque and proud in equal measures, Budapest rises above the Danube in a dream-like manner.  There are few cities that capture your imagination in such a magical way – seeing the Parliament Building from Fisherman’s Bastion will evoke a sense of euphoria in a world that has lost touch with its surroundings and nature.   For me Budapest evokes child-like memories of reading Lewis Carroll’s Alice in Wonderland.

The views at night across the River Danube are sensational with all the incredible buildings flickering like candles into the infinite universe – like a calling card to our Lord and our greater Universe.

With a wonderful natural setting straddling the River Danube, beautiful architecture and flavoursome Magyar cuisine, Budapest in one of the most rewarding cities in Europe to visit.  Its magnificent bridges and boulevards and its grand riverside views invite comparisons with Paris, Prague and Vienna.  Budapest boasts a wonderful cultural life from coffee houses to its restaurants and its wine producing tradition.  The city has recently acquired a new modern edge all of its own, with cool boutique hotels and its hip bars springing up in artfully decaying buildings.  The city is also distinctively Hungarian, its inhabitants displaying fierce pride in their Magyar ancestry.  Their language, too, whose nearest European relative is Finnish, underlines the difference, that can represent a challenge to visitors but is no barrier to enjoyment of this most cosmopolitan of Europeans cities. 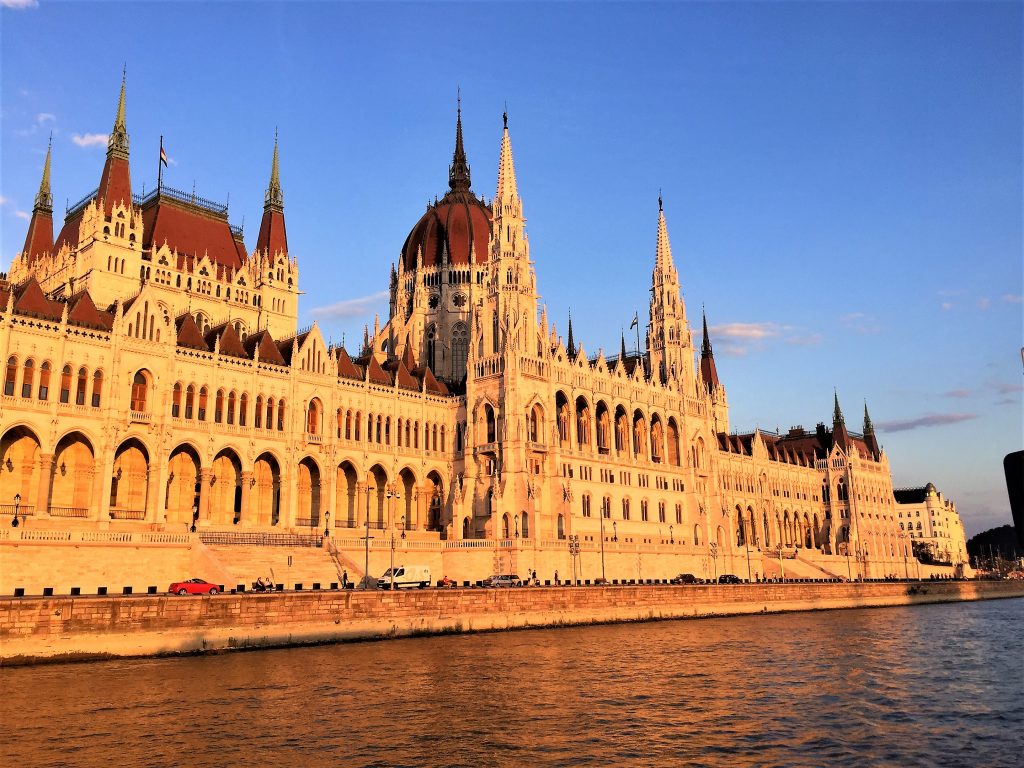 Known as the ‘the Pearl of the Danube’, Budapest is made up of three distinct towns Obuda and Buda (the historic medieval city on Castle Hill) are on the west bank of the River Danube, and Pest (the administrative and commercial city) is on the east.

Buda is older and dominated by the Bar (Castle Hill), a mile-long plateau overlooking the Danube, it was the capital of medieval monarchs and the seat of power for successive occupying powers. Built during the city’s golden age in the late nineteenth century, with boulevards of Hausmann-like apartments blocks sweeping out from the old medieval centre, Pest holds most of the capital’ s magnificent Art Nouveau edifices and has a noisy bustling feel.  Following construction of the first permanent bridge between the two cities in 1849, power gradually moved across the river, culminating in the building of the grandiose Parliament on the Pest side.   The two halves of the city still retain their differences. 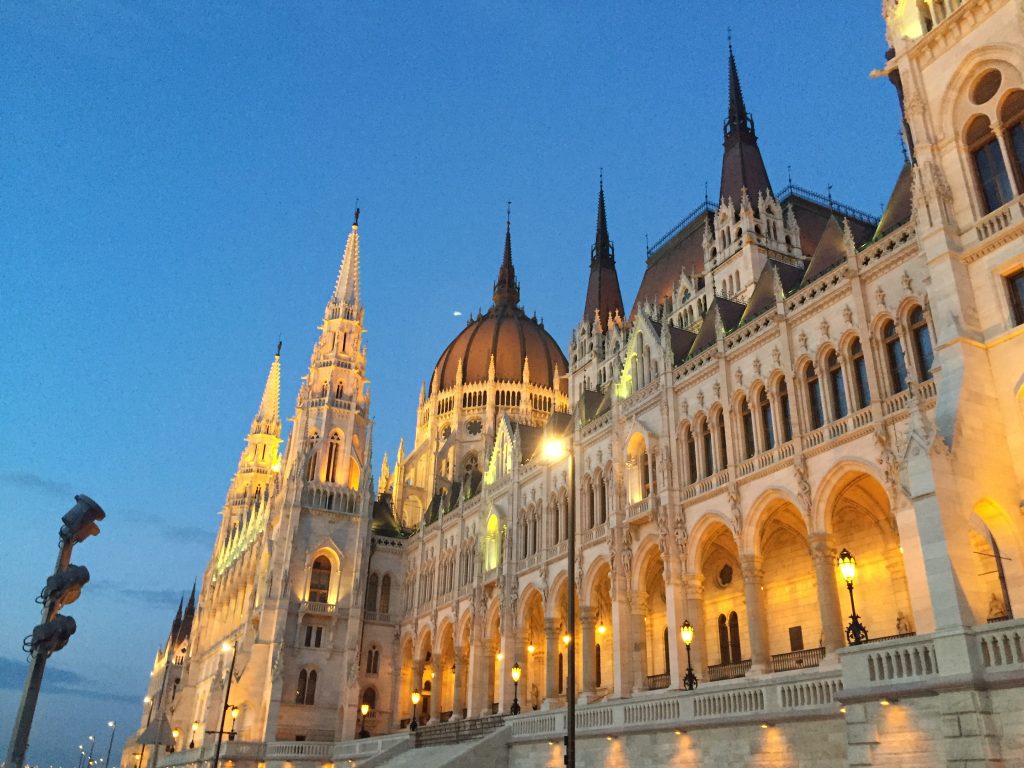 Above all, Budapest is probably known for its spas, which range from fabulous Ottoman-era bathhouses like the Rudas, to fine nineteenth-century Art Nouveau buildings such as the Gellert.  Another of Budapest’s strong suit is its restaurants, which have made the city one of the new gastronomic destinations of Europe.   Fantastically, innovative, contemporary Hungarian food is now firmly to the fore, alongside some brilliant international cuisine.   Hand in hand with the  gastronomic renaissance is Hungary’s superb wine, often overlooked abroad, but the quality of which often comes as a surprise to many visitors.  Catering for a wide range of testes, Budapest’s nightlife is also very much of a draw.  Welcoming and accessible, it ranges from the city’s distinctive “ruin pubs” in decaying apartment blocks or courtyards to tanchaz (dance houses)

There is plenty to offer in terms of Classical music and opera, too: world-class ensembles and soloists can be enjoyed in the Palace of Art’s state-of-the art concert hall or the grander older setting of the Music Academy and Opera House.   Fans of pop, rock and world music can discover a wealth of local talent, especially on the fold scene, alongside big internal names, but the biggest event of the year is the Sziget Festival, held on the island just north of the centre in August, which is one of Europe’s largest musical celebrations. 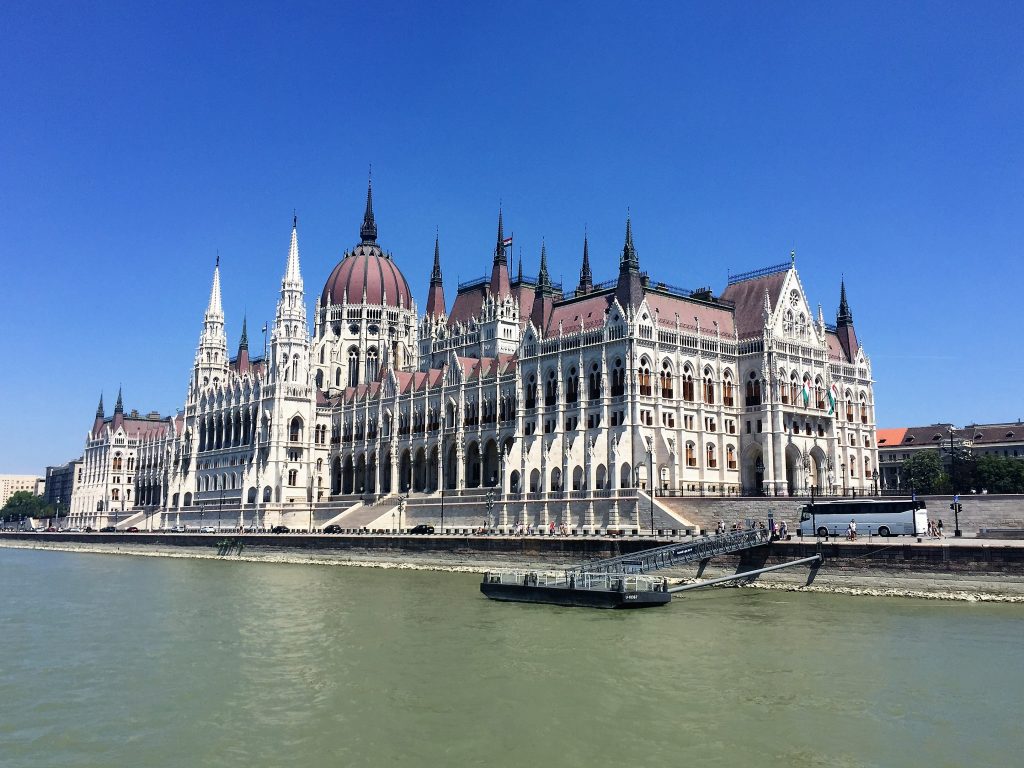 Budapest is a very walkable city and can be enjoyed without your day being too action packed.  Whilst every visitor will have their own views of Must Do activities, below are a few ideas to help you decide on which tourist attractions you are going to pick off.  I loved the sights so much that I also repeated the itineraries at night time as once the sun sets, Budapest is arguable even more magical – a real photographers dream!

10am – Walk across the Chain Bridge:

1pm – Wander across to Matthias Church and Fisherman’s Bastion:

4pm – Delight your taste buds with a visit to Great Market Hall:

10am – Visit the grand Danubius Hotel:

1pm – Take a tour of the Parliament Building:

4pm – Take a stroll up Andrássy út towards Heroes’s Square:

Drink with a sunset view:

Jump on a City Tour Hop-on-Hop-off:

Shoes by the Danube