Rome is one of the world’s most exhilarating and romantic travel destinations. It is a city that inspires the mind, appeals to the senses and captures the heart.   Few cities can rival Rome’s artistic heritage which includes sculptures by Michelangelo, canvases by Caravaggio, frescoes by Raphael and fountains by Bernini.   Rome is awash with priceless treasures and ancient statues adorn world-class museums and Baroque facades flank medieval piazzas.  You can walk around both Ancient Rome and the Centro Storico very easily and there is something for everyone in this fabulous city.  I have outlined some of my favourite itineraries – enjoy! 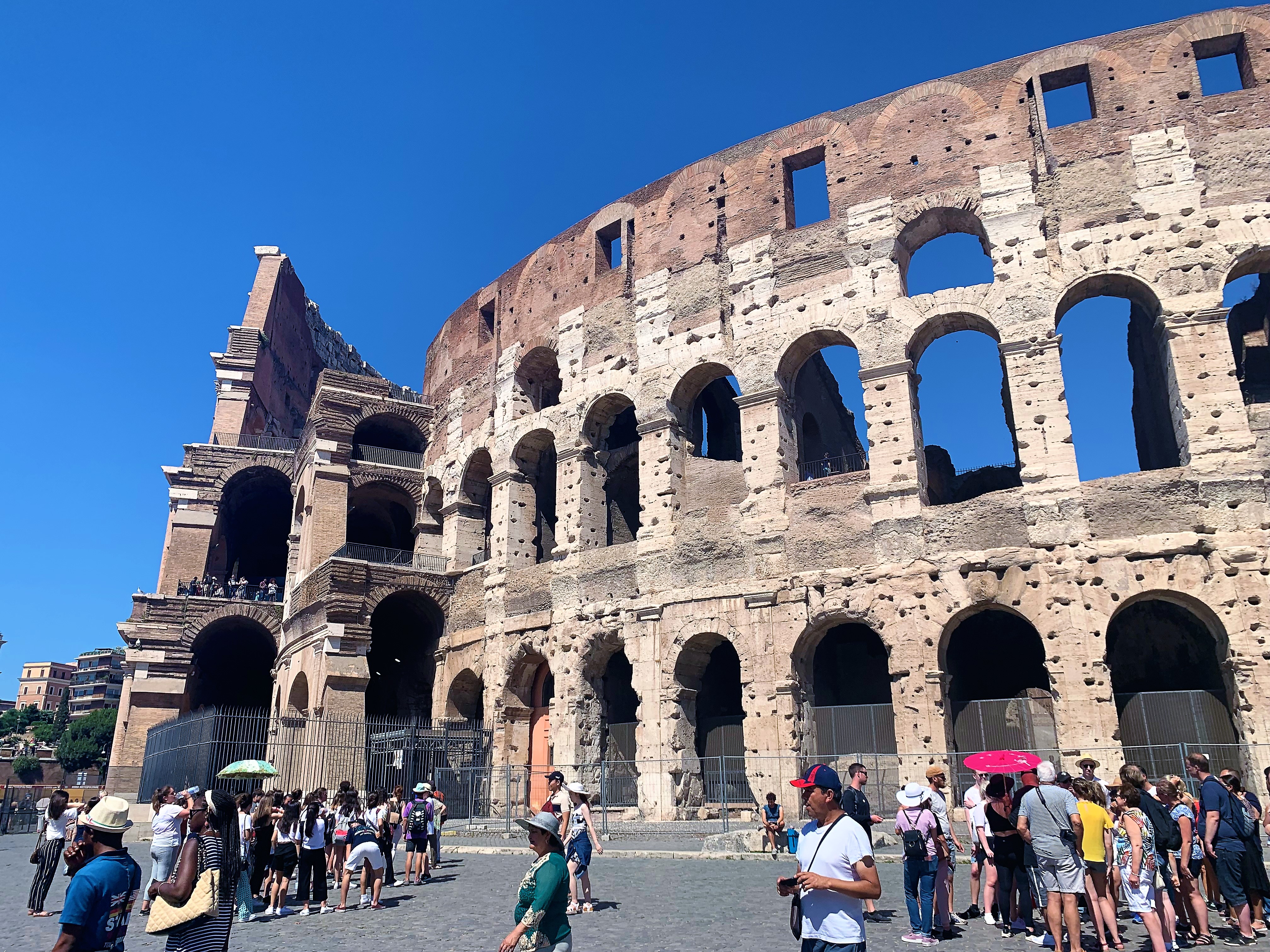 6am – Sunrise at the Colosseum:

Start your tour at the phenomenal Colosseum, Rome’s colossal gladiatorial arena. Arriving early will enable you have this fantastic arena to yourself. Imagine yourself being part of the games to mark the opening of the games in AD 80 (which lasted 100 days and nights) and the accompanying fun and frolics.

Then it is time to check out the Palatino and take in the majestic ruins and fabulous views. You are then a stone’s throw from the Roman Forum grandiose crumbling temples and imagine what this part of Rome was like in its heyday.

Climb to the top of the Piazza del Campidogli and the Capitoline Museums. The museum house one of Italy’s finest collections of classical sculpture as well as ancient frescoes and paintings by artists such as Carvaggio and Titian, frame two sides of Michelangelo’s trapezoidal Piazza del Campidoglio which is also the address of Rome’s city hall.  Don’t miss getting a lift to the top of Il Vittoriano for Rome’s best 360-degree views.

Enjoy taking the sights and sounds of the Centro Storico – this are is particularly magical during the Opera season – when you see fantastic pop-up Opera in the area.

Piazza Navona is Rome’s sensational showcase square with its ornate fountains, baroque architecture, restaurants, cafes and magnificent hotels.  An absolute is the Pantheon which is Rome at its best. Built 200-years ago, this beautiful domed temple served as the model for Michelangelo’s dome of St Peter’s and many other domes worldwide.  Art lovers can admire paintings by Caravaggio in the Chiesa di San Luigi dei Francesci. For lovers of Italian fashion (who isn’t) then bag yourself some fashionable clothes from the one of boutiques on Via del Governo Vecchio. 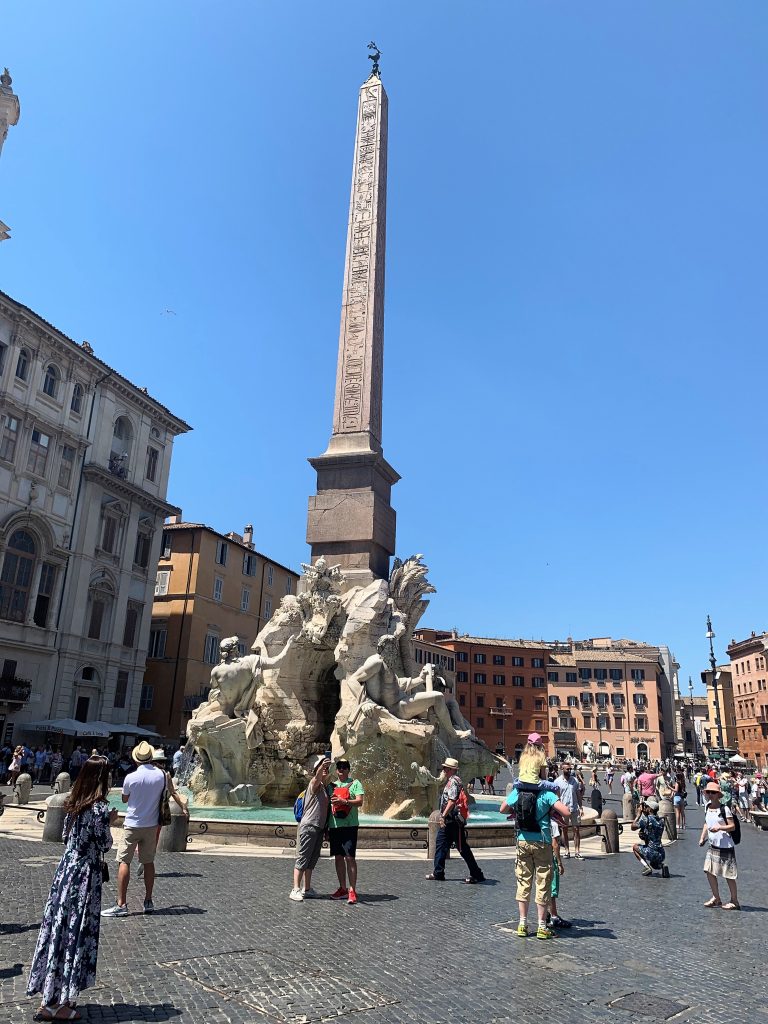 Time for dolce vita bar life – Etabi near Piazza Navona is a great area for people watch.  During the summer there are some fabulous pop-up bars along the River Tiber.

6am – Sunrise at the Vatican:

Explore the world’s smallest sovereign state. The Vatican holds some of the world’s most revered artworks, many of which are housed in the Vatican Museums.  You will need at least a morning to do justice to the Vatican Museums. The highlight is Michelangelo’s decorated Sistine Chapel, but there’s enough art on display to keep you busy for days.  Gaze heavenwards at Michelangelo’s masterpieces in the Sistine chapel. On the ceiling is his cinematic old Testament frescoes and on the western wall is his vision of the Last Judgement.

10am – Subliminal views over the Vatican:

Then climb the Michelangelo-designed dome for fantastic views over the piazza. Have your camera at the ready.  Then pick up lunch in one of the sides streets just outside the Vatican City perimeter. There are some great pizzerias in the area.

The area around Piazza di Spagna (Spanish Steps) is perfect for people watching. For lovers of Italian fashion then feast at the designer shops down Via Dei Condotti.  Camera at the ready as you make your way down to the Trevi Fountain where tradition dictates you throw a coin to ensure you return to Rome. The Trevi Fountain is the ultimate show-case for Rome’s love affair with water. Architect Nicoli Salvi conceived Baroque fountain in 1762, cleverly incorporating the place behind the fountain as a theatrical backdrop. 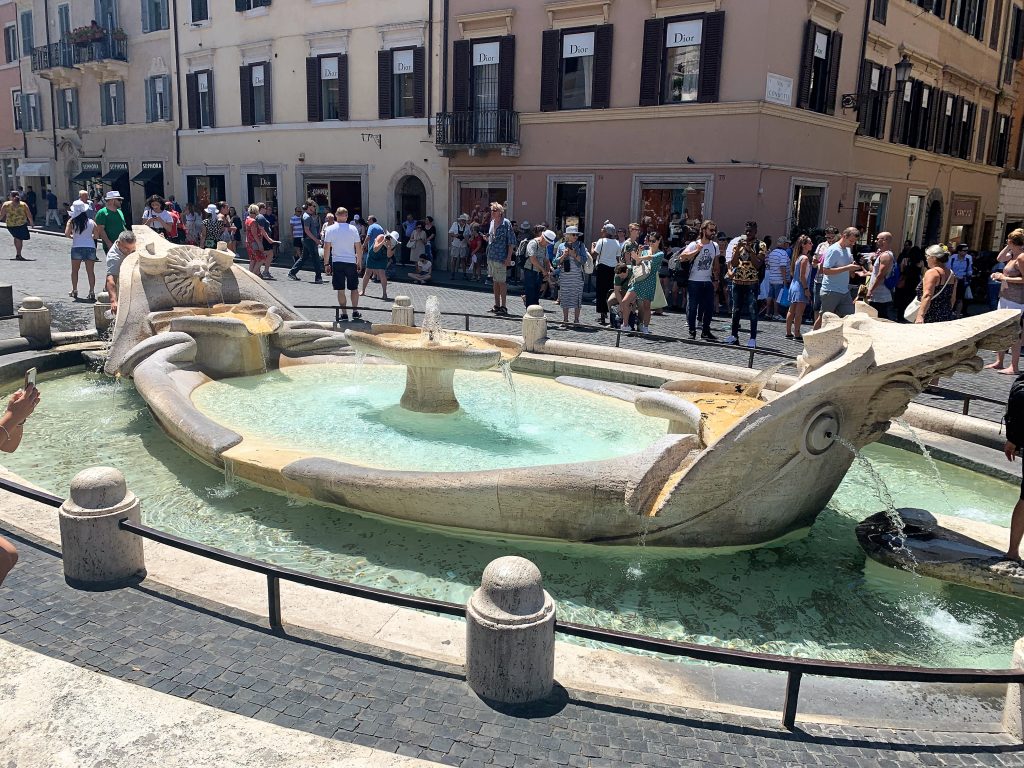 On the other side of the River Tiber lies charmingly beautiful Trastevere. This neighbourhood bursts with life in the evening as locals and tourists flock to its many eateries and bars.  There are some fantastic trattoria serving delightful Italian food in this area – you will be able to settle in until late as there are a number of bars that keep open until late.