1. An introduction and brief history to this wonderful city

York is an easy and pleasant city for walking, and a circuit of the city wall is an excellent way to get your bearings.  Among the most evocative streets are the Shambles, originally a street of butchers shops and retaining its overhanging, jettied timber-framed buildings, and Stonegate, where shop signs and frontages span several centuries. 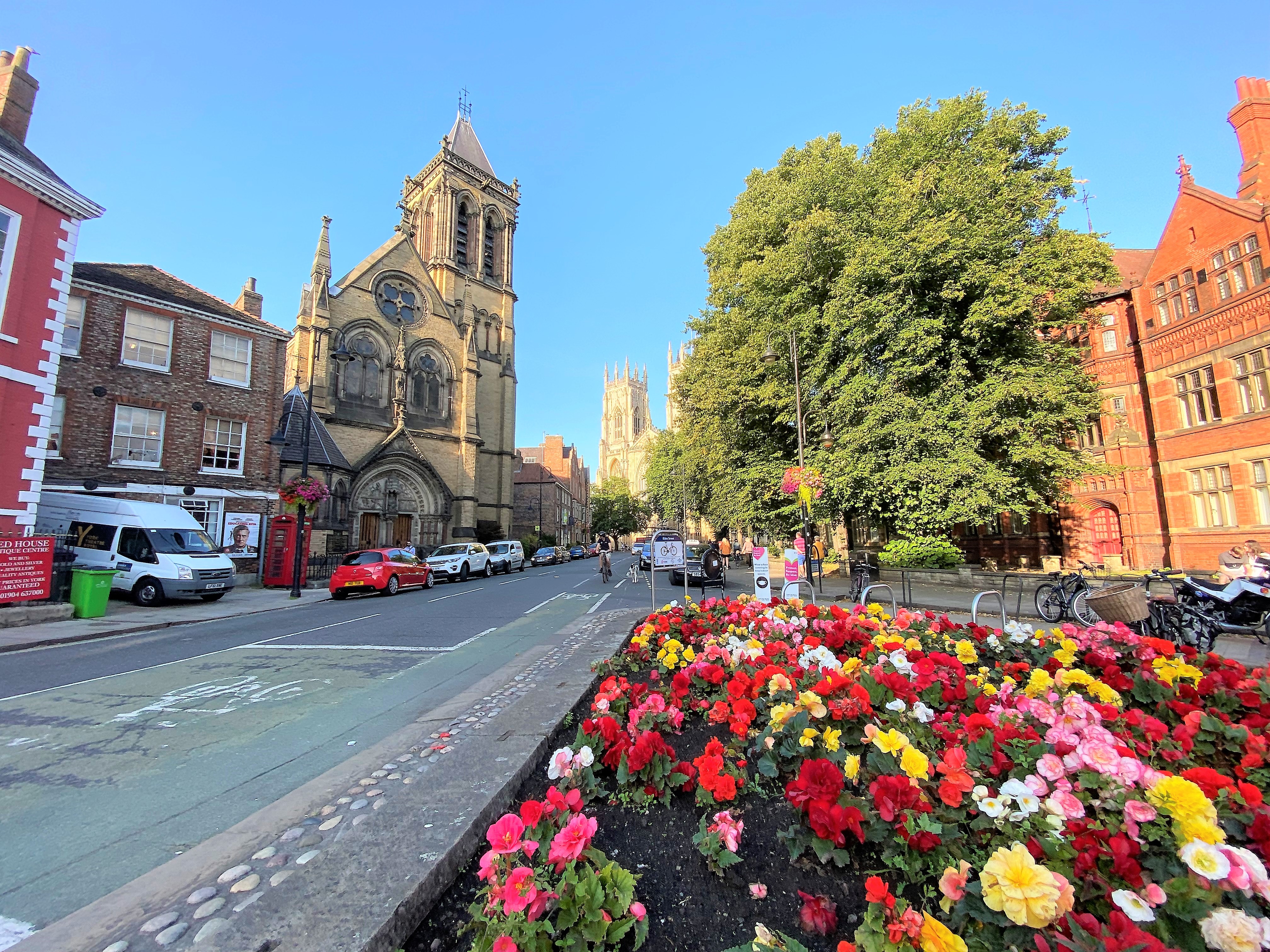 The magnificent 13th-century castle walls snake around the medieval centre and at its core is the magnificent York Minster, one of the most beautiful Gothic cathedrals in the world. 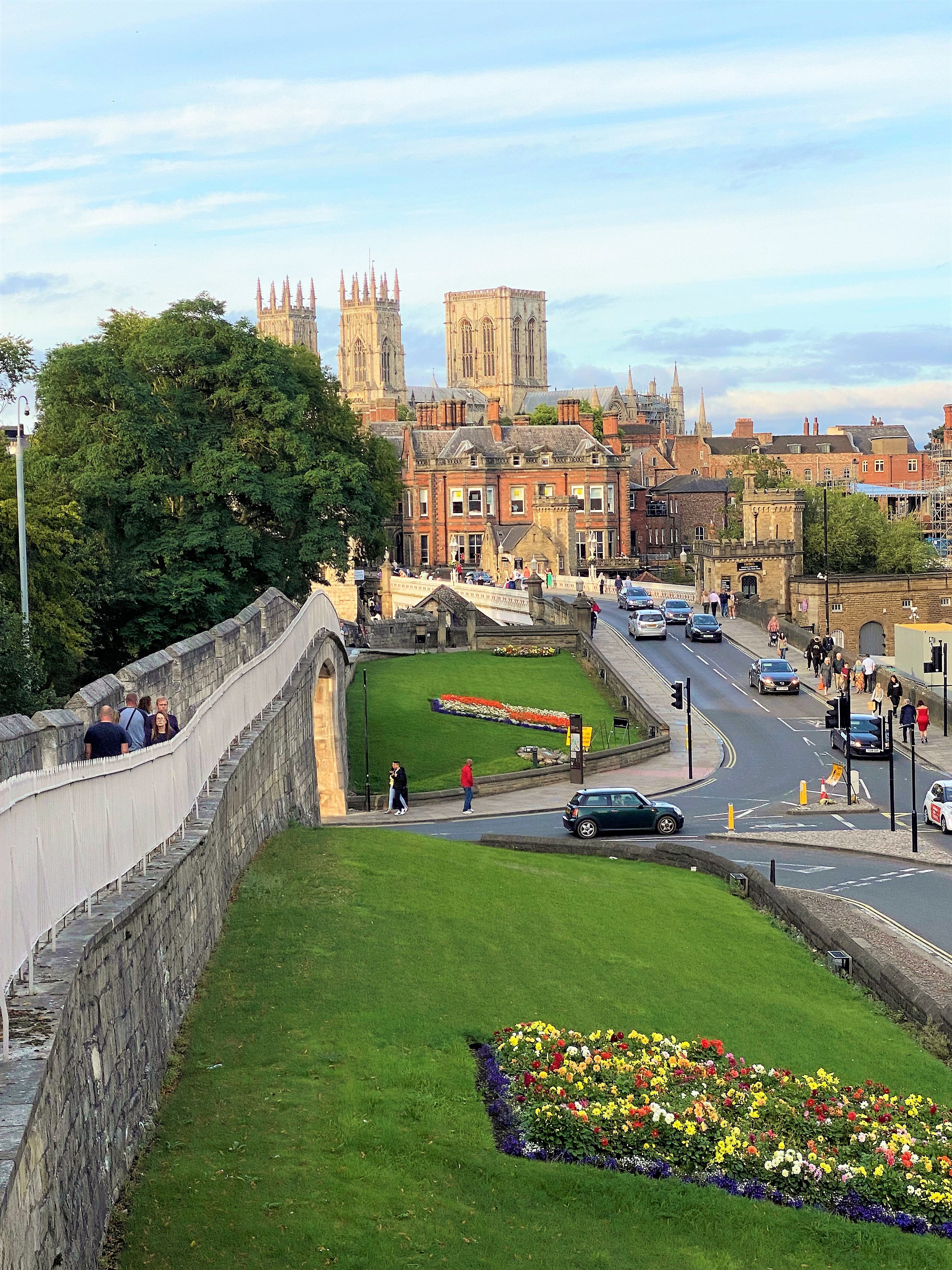 8am – Walk around the glorious Castle Walls:

A great way of orientating yourself when visiting York is to walk the walls. One of the glories of the city, York’s walls date mainly from the fourteenth century, but contain bits of earlier construction, especially the Roman section along Museum Street.  The walls are spectacular at several surviving medieval gatehouses – Bootham Bar to the northwest near Exhibition Square, Micklegate Bar to the southwest, Monk Bar to the northeast and Walmgate Bar (the only one to retain its protective barbican) to the southeast. 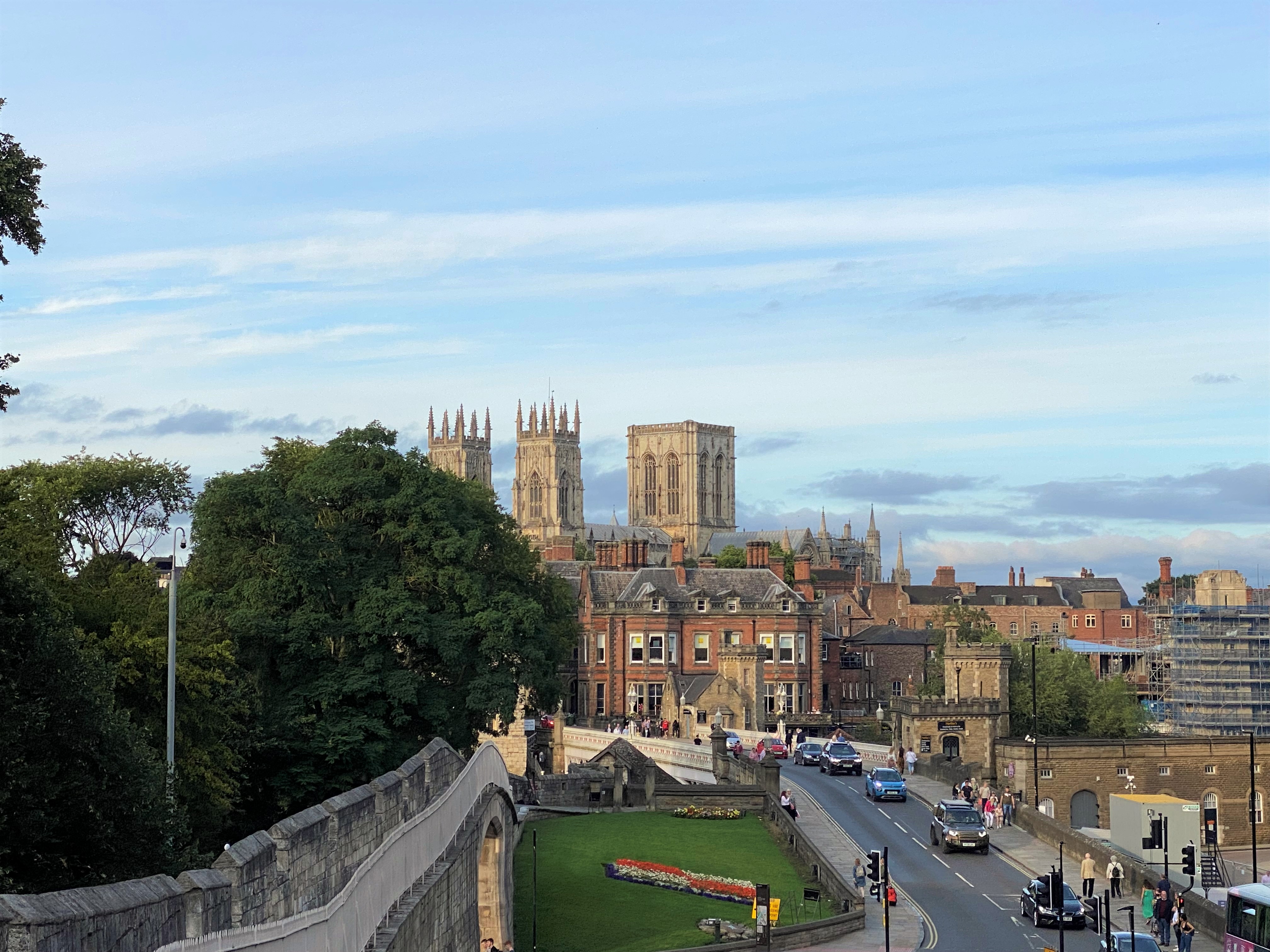 York Art gallery houses an extensive collection of early Italian, British and northern European paintings.  The gallery puts on a year-round series of special exhibitions and events, and is noted for its collections of British studio pottery and twentieth-century British painters.

York Minster is one of the world’s most magnificent cathedrals – dating from 1220-1472, this is Europe’s largest Gothic cathedral north of the Alps, with two towers, richly traceried windows and a massive west front.  Its medieval stained glass represents a quarter of all the stained glass of the period in England. Look particularly for the Five Sisters within a quintet of lancet windows, and for the depictions of Genesis and Revelation in the superb east window of circa 1250 – the world’s largest area of medieval stained glass within a single window. Make sure you check out the wonderful views at the top of York Minster. 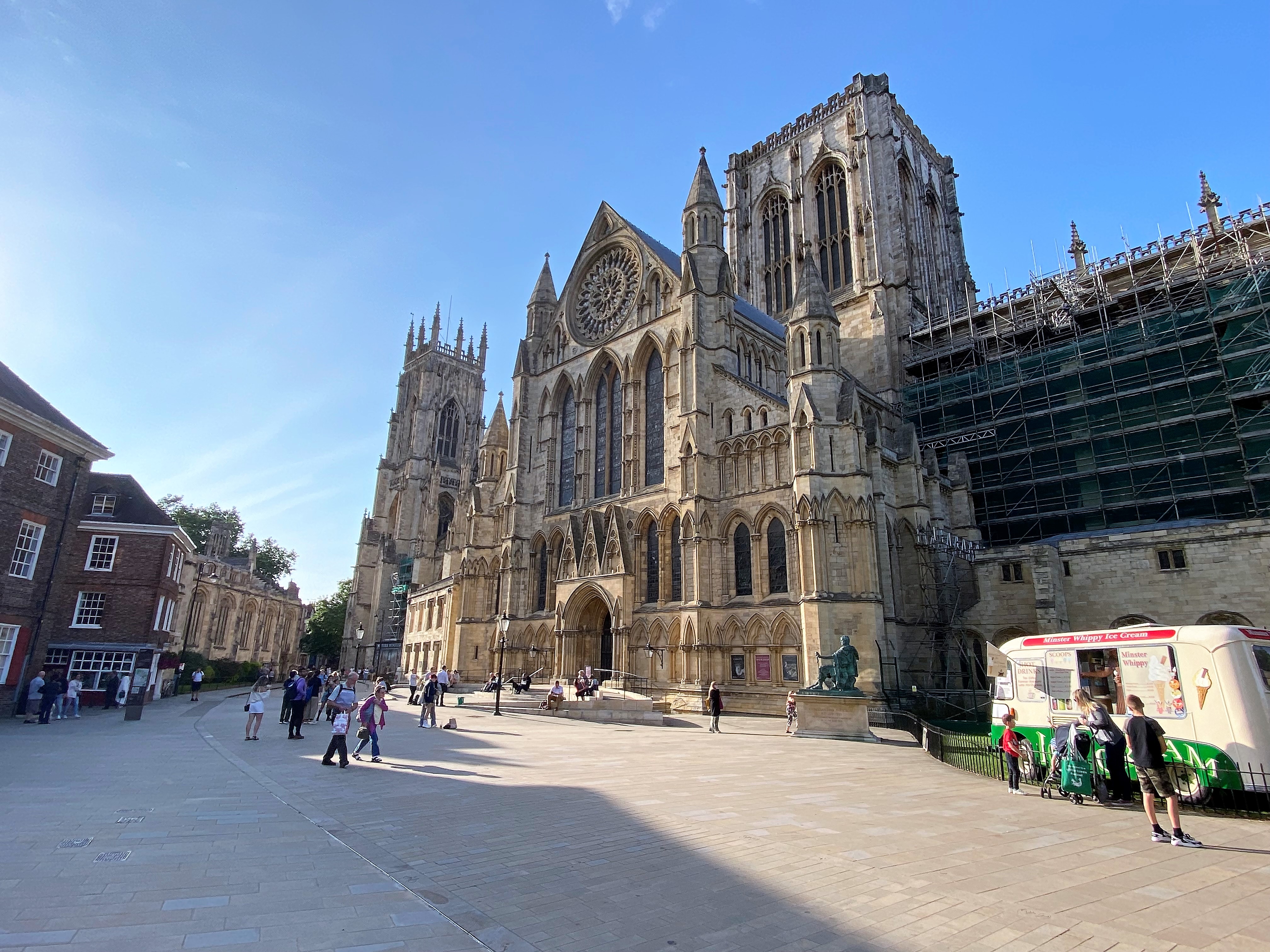 Check out some of the wonderful pubs along Stonegate.  The Botanist, Punch Bowl, Evil Eye, Ye Old Starre Inne, Kennedy’s Bar & Restaurant and Bobo Lobo are great places to enjoy a beer or two.  Remember there are over 365 pubs so you could be in for a great evening.

Walk across Lendel Bridge and visit the fabulous National Railway Museum is the definitive national collection of the railway.  Bonus points – there is no admission charge.

Over 100 restored locomotives are on display here, including the record-breaking steam locomotive Mallard, which reach a heady 126 mph and is the world’s fastest steam engine, a full-size working replica of the Rocket, originally built by the railway pioneer George Stephenson (1781-1848), the sumptuous royal saloon carriage built for Queen Victoria (1819-1901) and the modern Japanese bullet training.

11am – Visit the Treasurer’s House:

Just behind York Minster you can find the National Trust-run Treasurer’s House, a fine seventeenth-century mansion.  Much restored by its owner from 1897, industrial magnate Frank Green, and organised into period rooms to display his various art and antique collections, it tells far more about the late Victorian and Edwardian taste of the house’s reconstruction than of its Jacobean origins.

This is a pearl of a picnic place, where you can spread out on the lawn and survey the scene. There are ruins of 13th century St. Mary’s Abbey, the 13th century remains of St Leonard’s Hospital (including a chapel and vaulted undercroft), a Roman tower known as the Multangular Tower and a large chunk of Roman wall standing at its original height.  Also in the gardens is the Yorkshire Museum, whose exhibits include Roman sculptures and mosaics, Anglo-Saxon finds such as the Ormside Bowl and much-embellished Gilling Sword, Viking weaponry and medieval treasures. 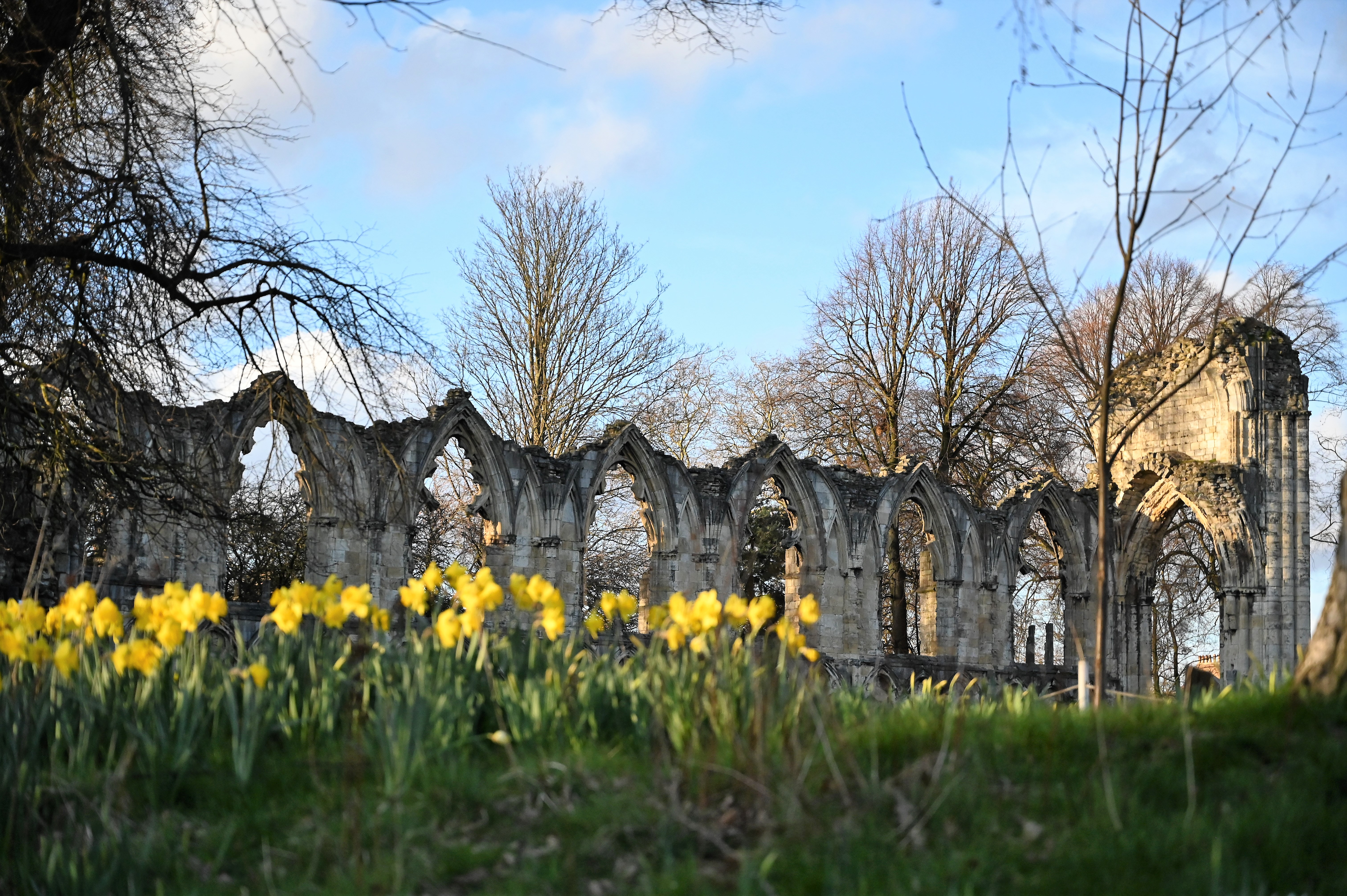 A short walk south from York Minster leads through to one of the city’s most memorable streets, where jetted half-timbered buildings, overhang the narrow thoroughfare, the walls lean in at alarming angles and the buildings on either side almost touch each other at roof level.  There are some lovely restaurants and even more pubs and bars in and around the Shambles. 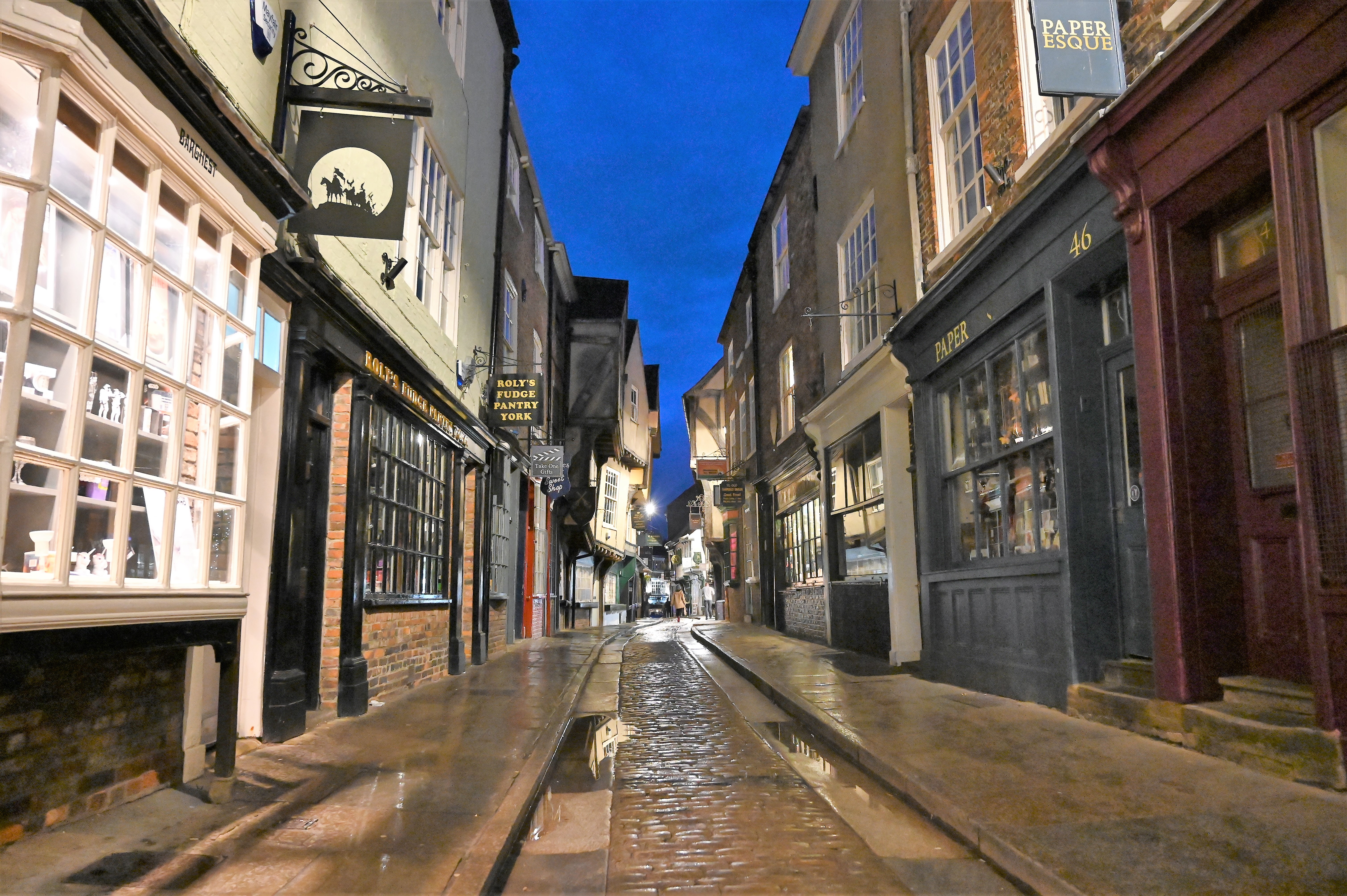