1. An introduction and brief history to this wonderful island

The tiny Maltese archipelago, floating on the cusp of Europe and Africa, has been coveted and invaded through its history.  The Knights of St John (later of Malta) bequeathed palaces, fortresses and the glorious golden capital Valletta while the British left red telephone boxes, iced buns and a predilection for tea. 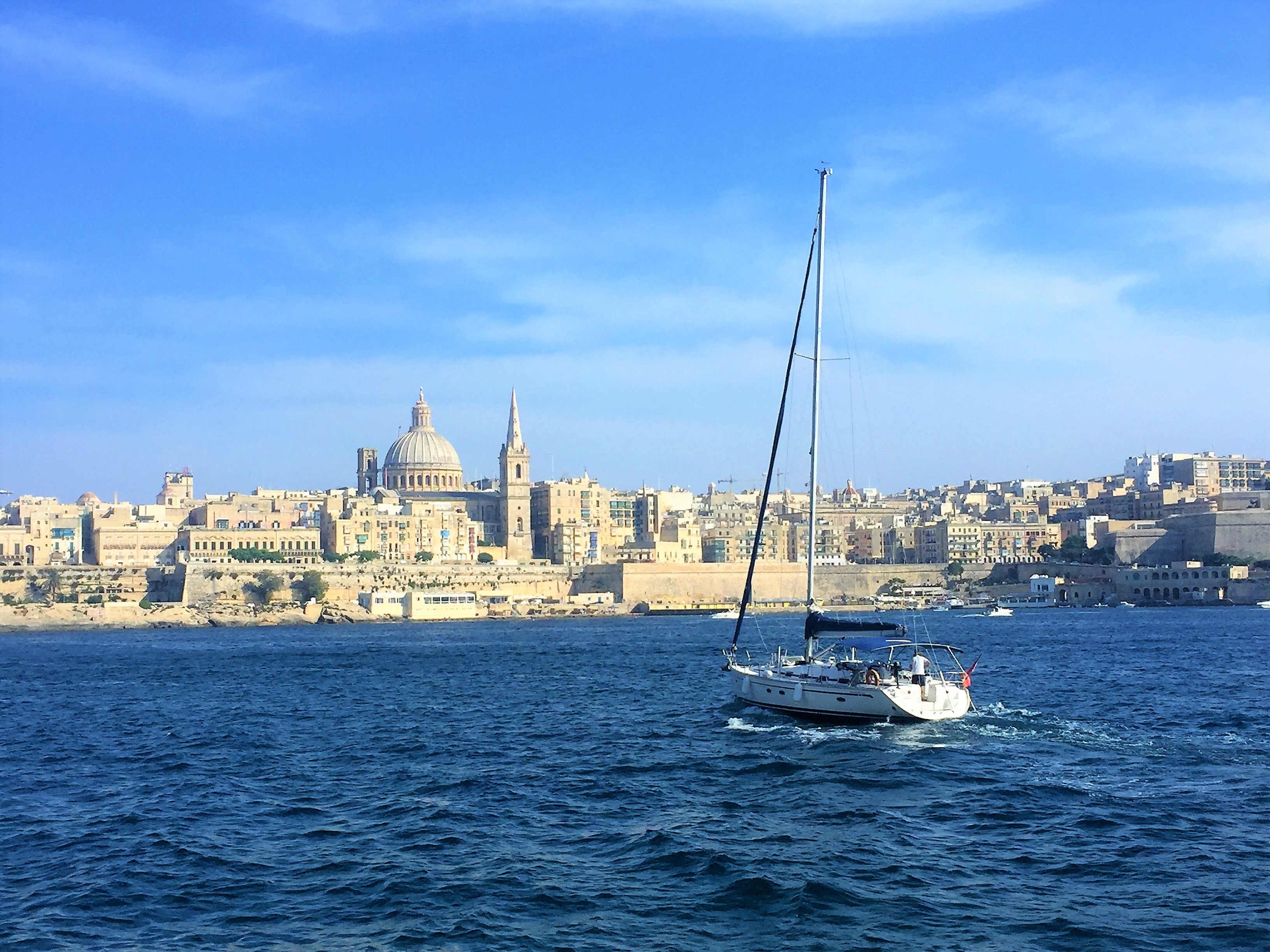 Malta, Valletta, skyline with St. Paul’s Anglican Cathedral and Carmelite Church.  It was the islands’s earliest settlers who left the most spectacular legacy: the extraordinary megalithic temples, unparalleled elsewhere in the world. Malta, the largest island, has the most cosmopolitan resorts and the edge of cultural treasures, while its sister island, Gozo and tiny Comino offer unspoilt countryside and a gentler pace. 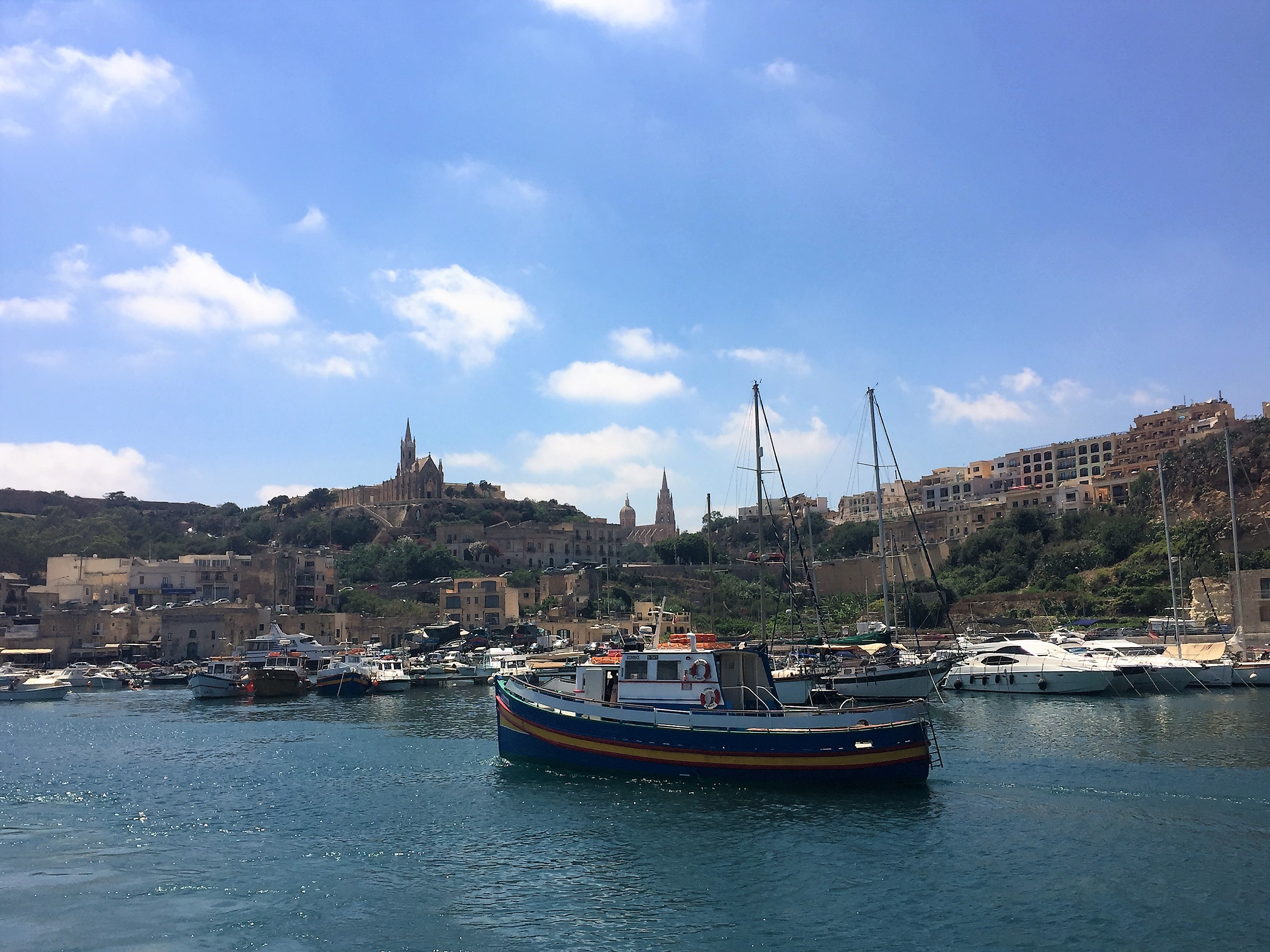 Despite being made up of three tiny islands on the southern edge of Europe, Malta groans under the weight of its rich history and fascinating cultural influences.  As a melting pot of Mediterranean culture, Malta merits far deeper exploration than is often given to it by the package crowds whose first priority is hitting the beach.

Just across the water, Gozo retains much of its unspoilt charm.  If you’re hoping to get away from it all, consider a tranquil long weekend at a traditional farmhouse on the island, then head back to Malta for a holiday offering the best of both worlds. 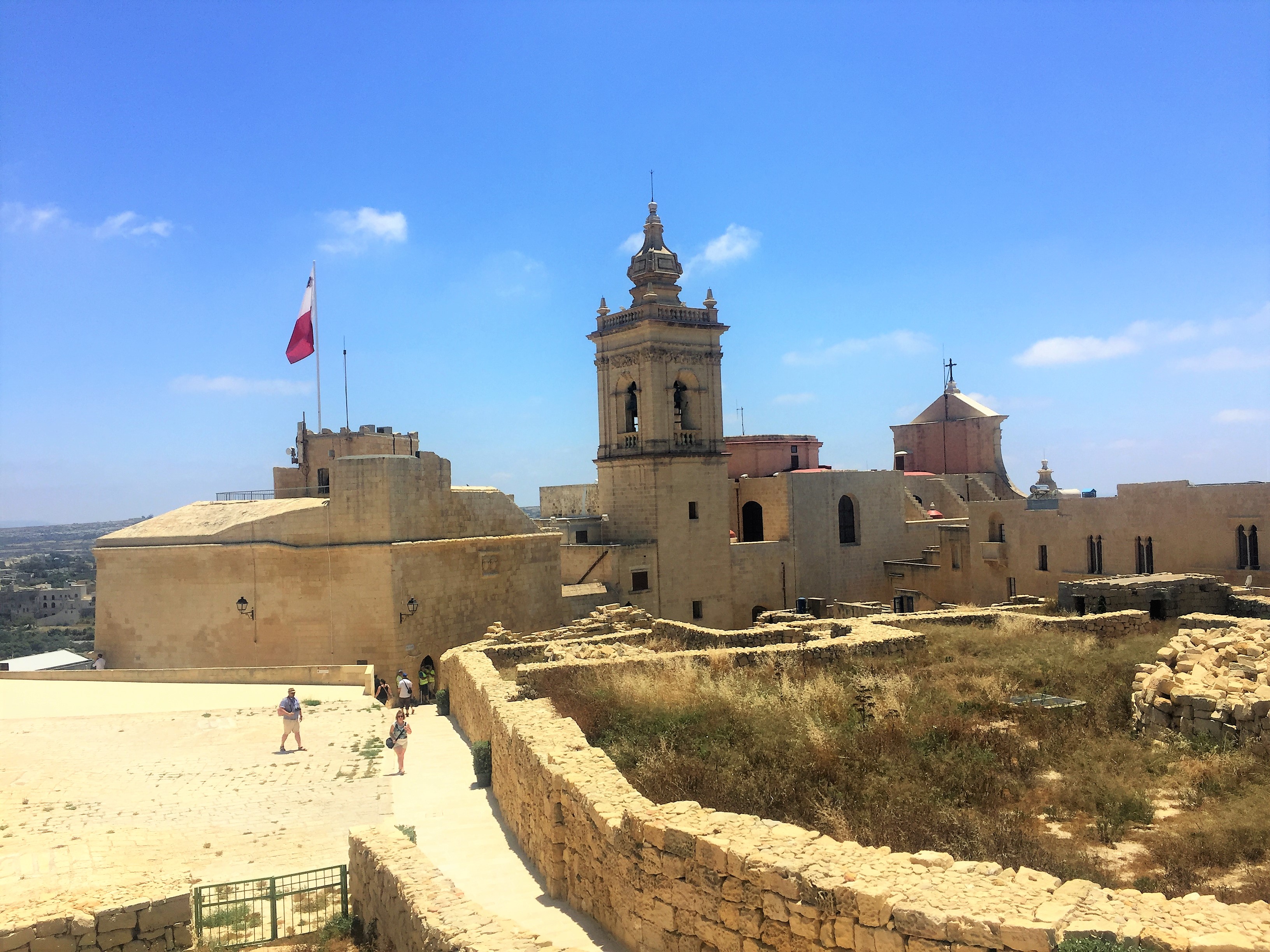 8am – Walk around the Grand Harbour:

Start the round trip in Senglea at the inner end of the Grand Harbour with fabulous views from the Vadette across the harbour at the centre of Valetta.  Stroll though the neighbouring Vittoriosa, the town of knights, where today the yachts of the mega-rich moor the marina.   After that go back 5000 years into pre-history and visit the temple of Tarxien, which is an excellent visitor centre. 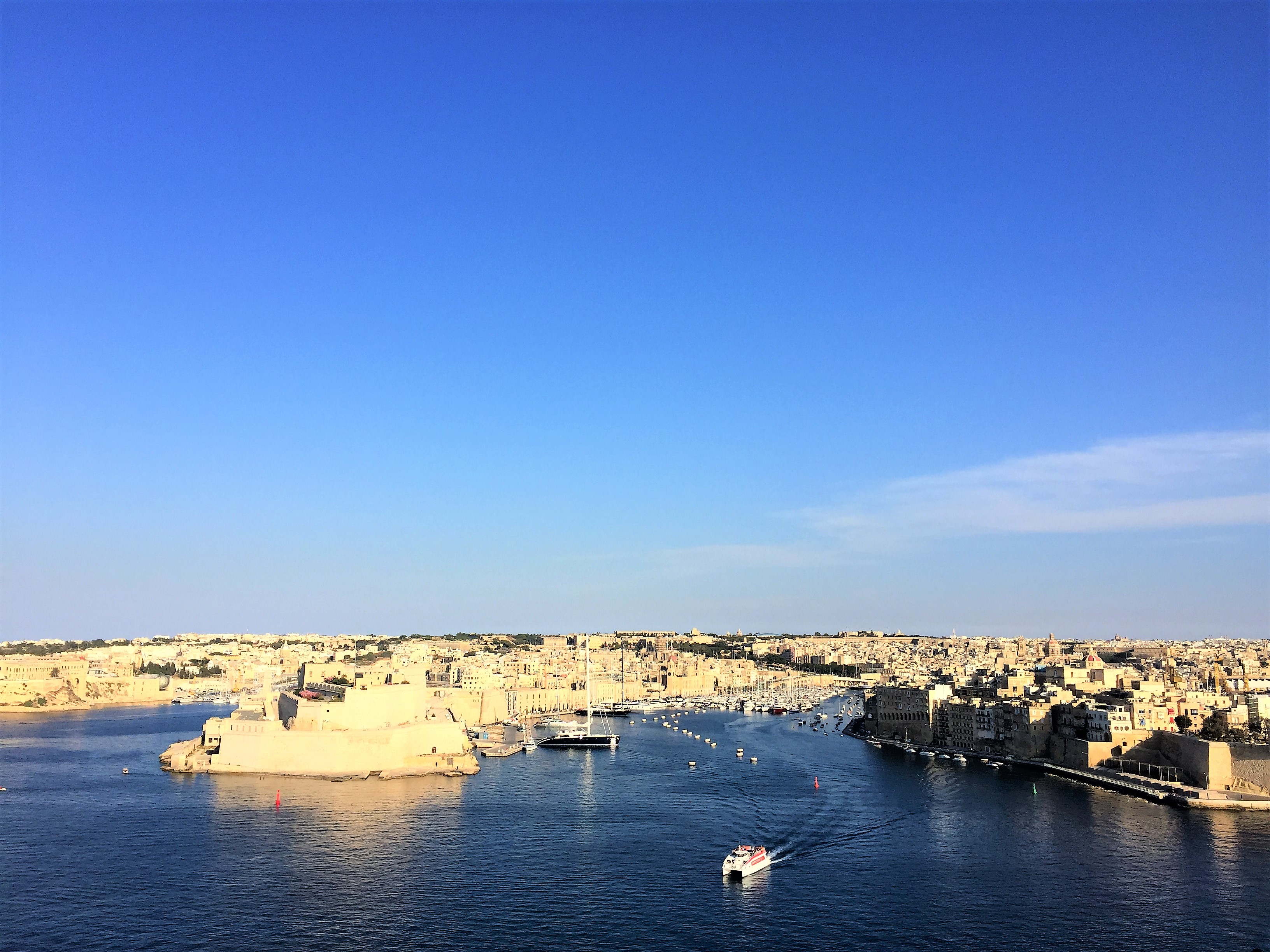 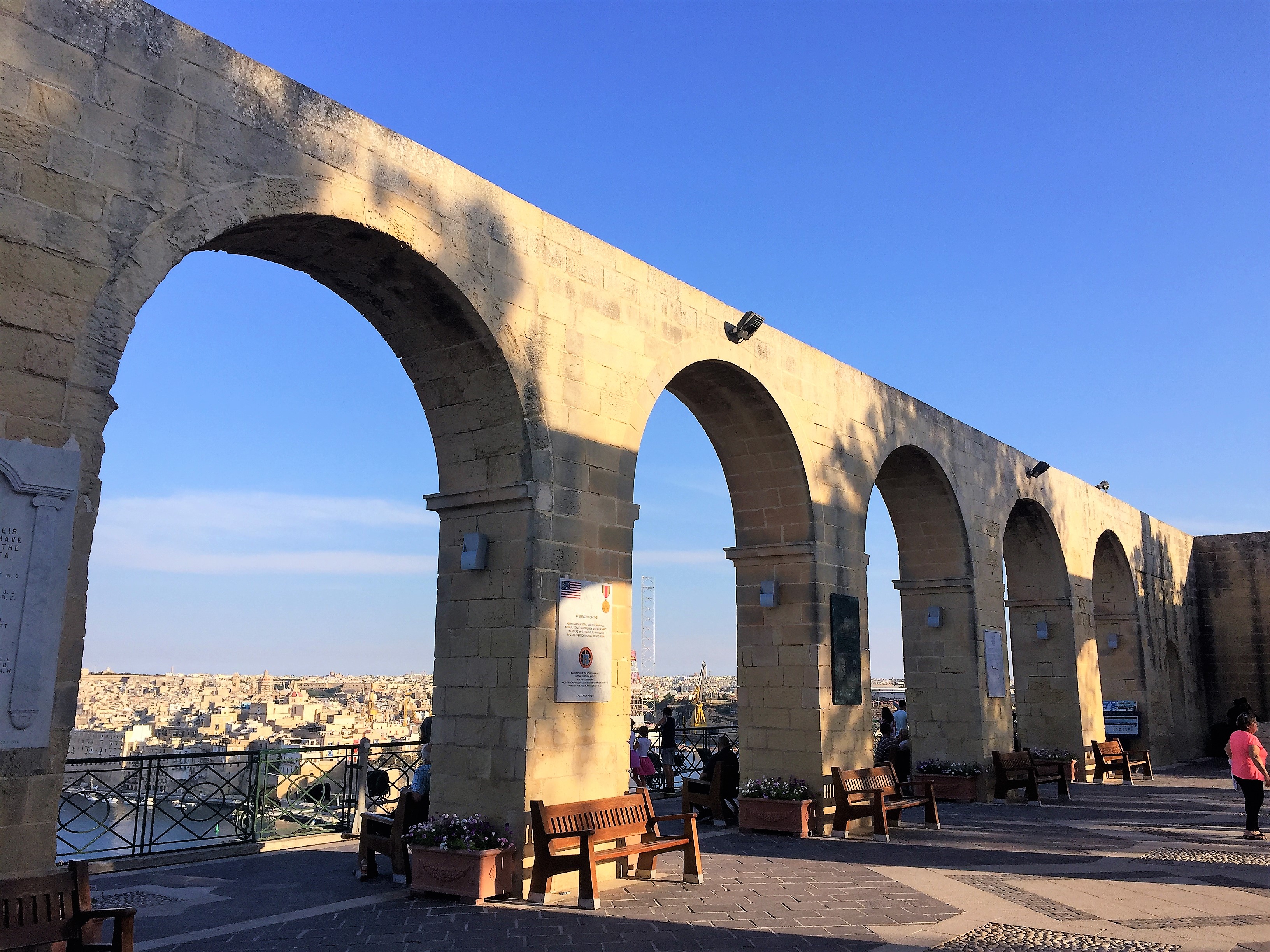 11am – Visit the Ancient Temples:

The temples of Hagar Qim and Mnajdra are beautifully located with a view out to sea.   Hagar Qim dates from the Ġgantija phase (3600-3200 BC) The Megalithic Temples of Malta are among the most ancient religious sites on Earth, described by the World Heritage Sites committee as “unique architectural masterpieces”  Near Siggiewi a visit to Limestone Heritage demonstrates how the stone from which many Maltese houses were built is quarried.

Visit Marsaxlokk the beautiful Maltese fishing village that has hundreds of Luzzi – the name giving to the colourful boats of Maltese fisherman.  Seek out fresh-off-the-boat fish and seafood at the Marsaxlokk fish market. Taking place every Sunday, the popular market has expanded in recent years to include stalls offering souvenirs and local produce such as jam, honey, vegetables and wine. It’s a fascinating opportunity to mix with the locals and experience everyday Maltese life.  When in Marsaxlokk, dining at one of the many seafood restaurants that line the harbour is a must. Pick a table on the terrace overlooking the harbour at Principino Restaurant or La Nostra Padrona and dine on fresh seafood as you watch the boats come and go. There are also several bars overlooking the harbour, such as Southport Villa, that offer fantastic views and drinks at sunset. 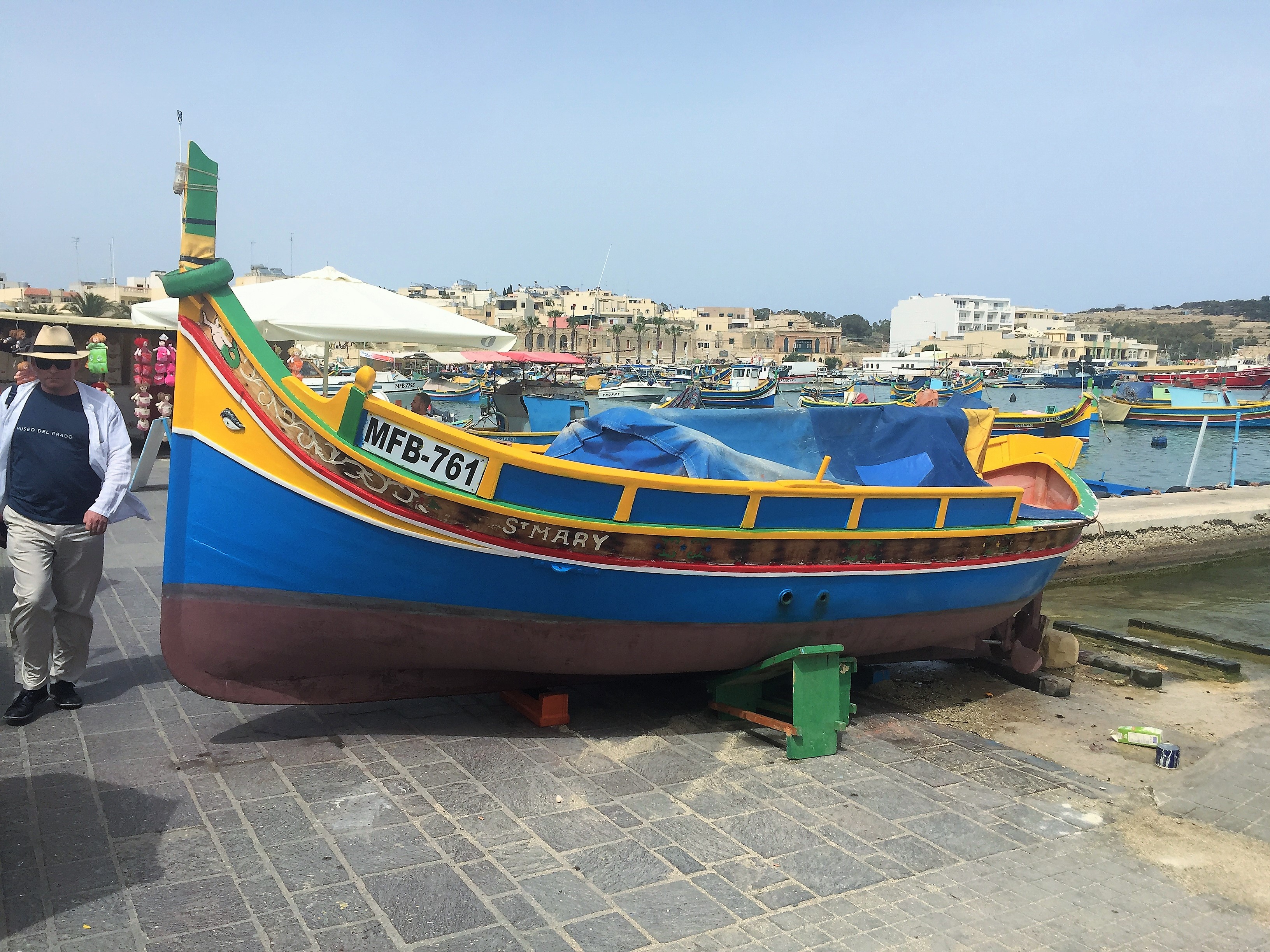 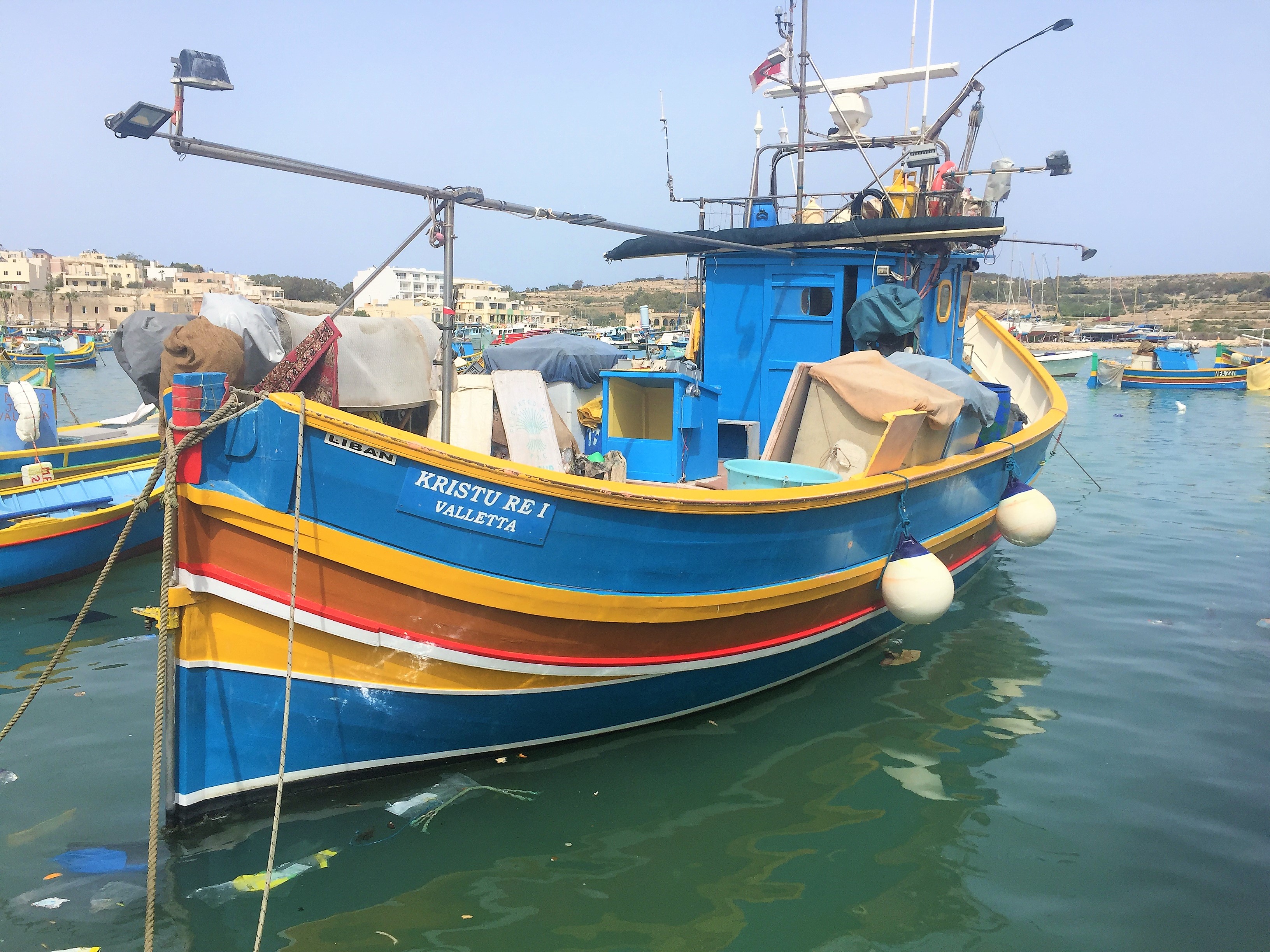 You can board a boat at Wied iz-Zurrieq and visit the Blue Grotto.   This complex comprises of a massive (and very impressive) main arch, which is approximately 30m in height, as well as a system of 6 other caves, amongst which you will find the Honeymoon Cave, the Cat’s Cave and the beautiful Reflection Cave.  The cave walls mirror the brilliant phosphorescent orange, purple and green colours of the underwater flora, resulting in a mesmerizing scene of light and colour.

8am – Visit the ancient capital:

The history of Mdina traces back more than 4000 years. Mdina is one of Europe’s finest examples of an ancient walled city and extraordinary in its mix of medieval and baroque architecture.

Walk along the cobbled streets which are lined with immaculately preserved noble houses, private chapels, palazzi, and cathedrals. The streets are narrow and winding and walking along them feels like trying to find your way out of a maze; a feeling which adds to the element of surprise at finding large squares. Silence pervades and is the perfect complement to a walk on the bastions, as well as taking in the panoramic view of most of Malta and the surrounding sea. 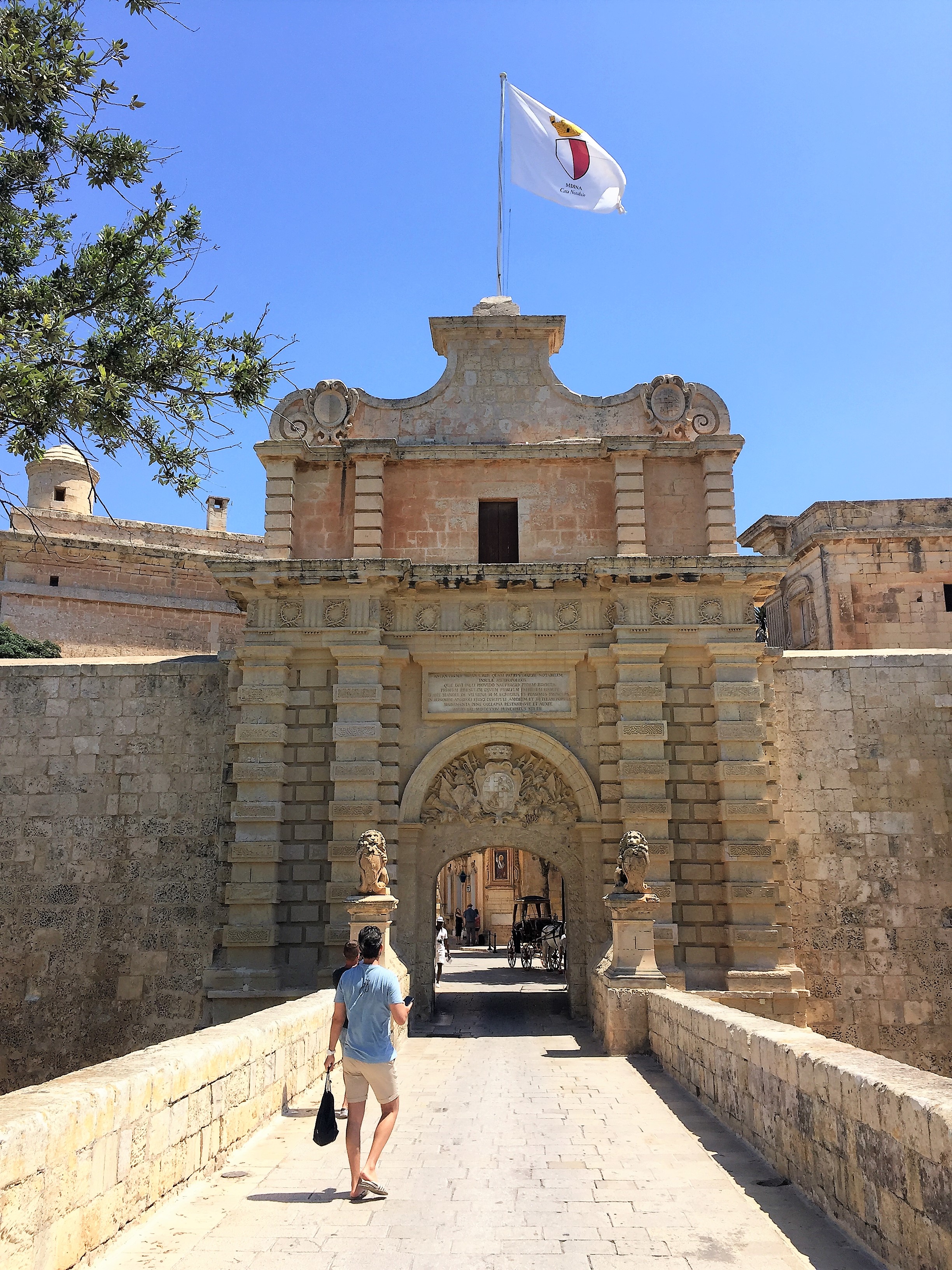 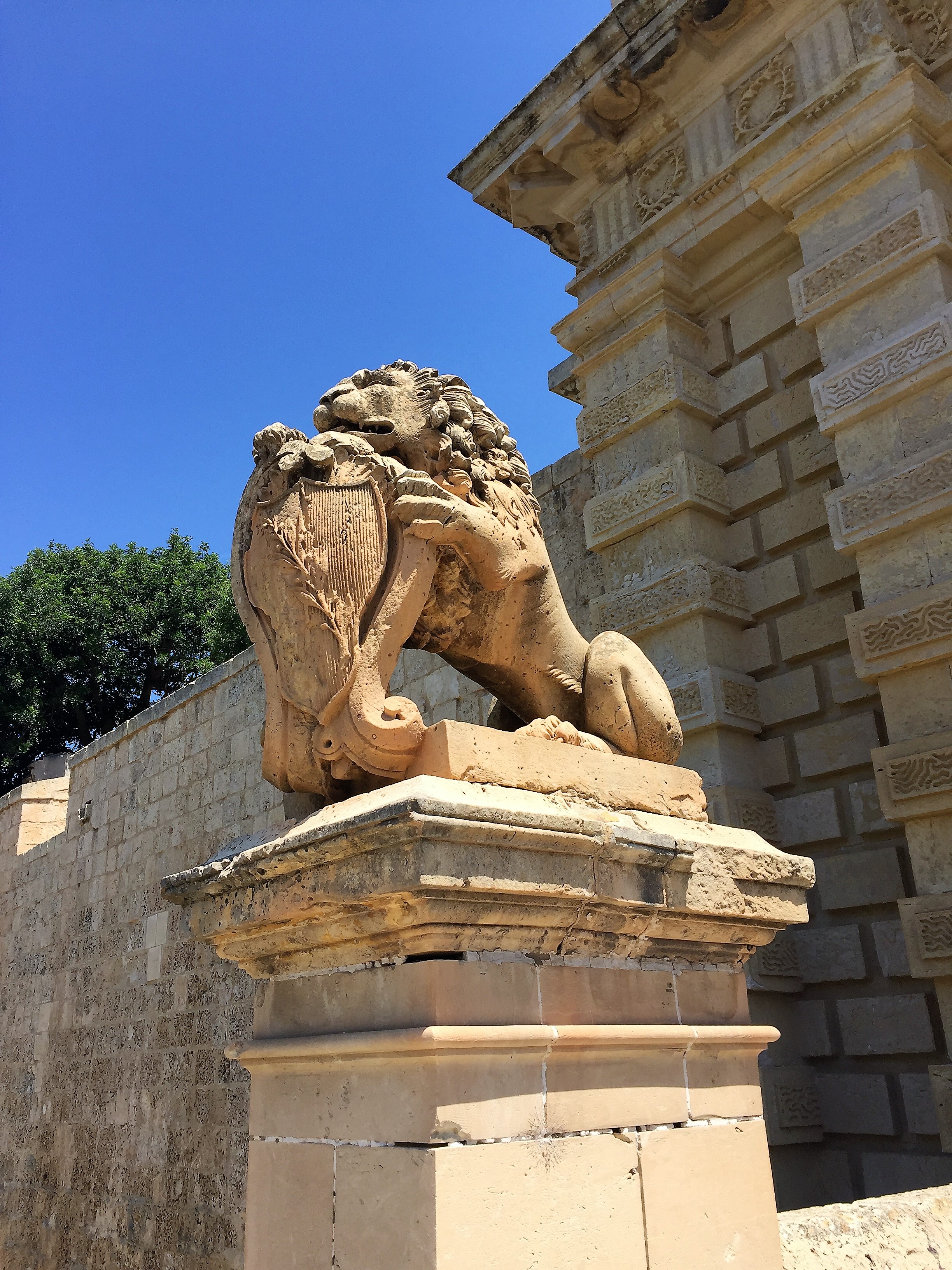 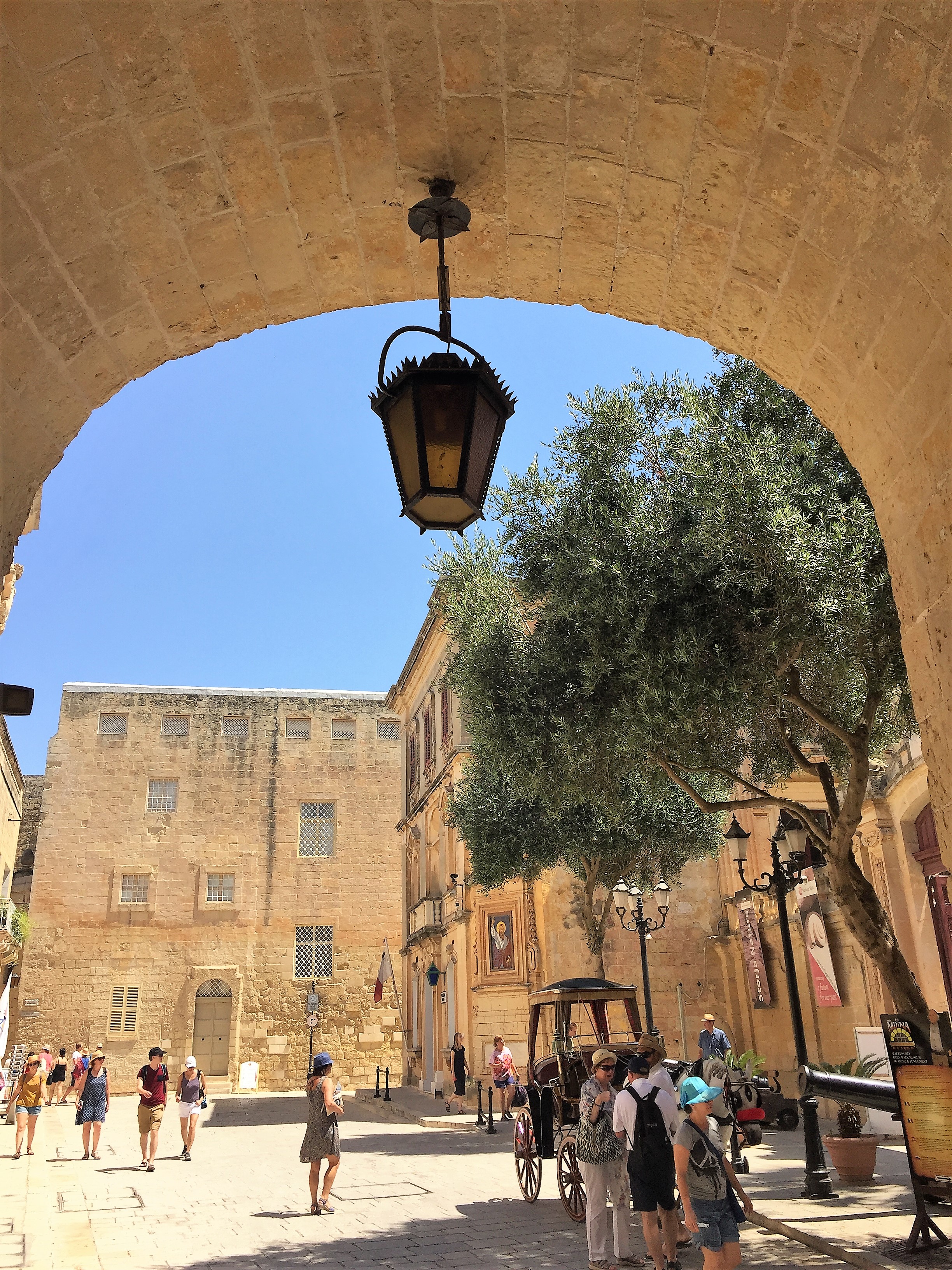 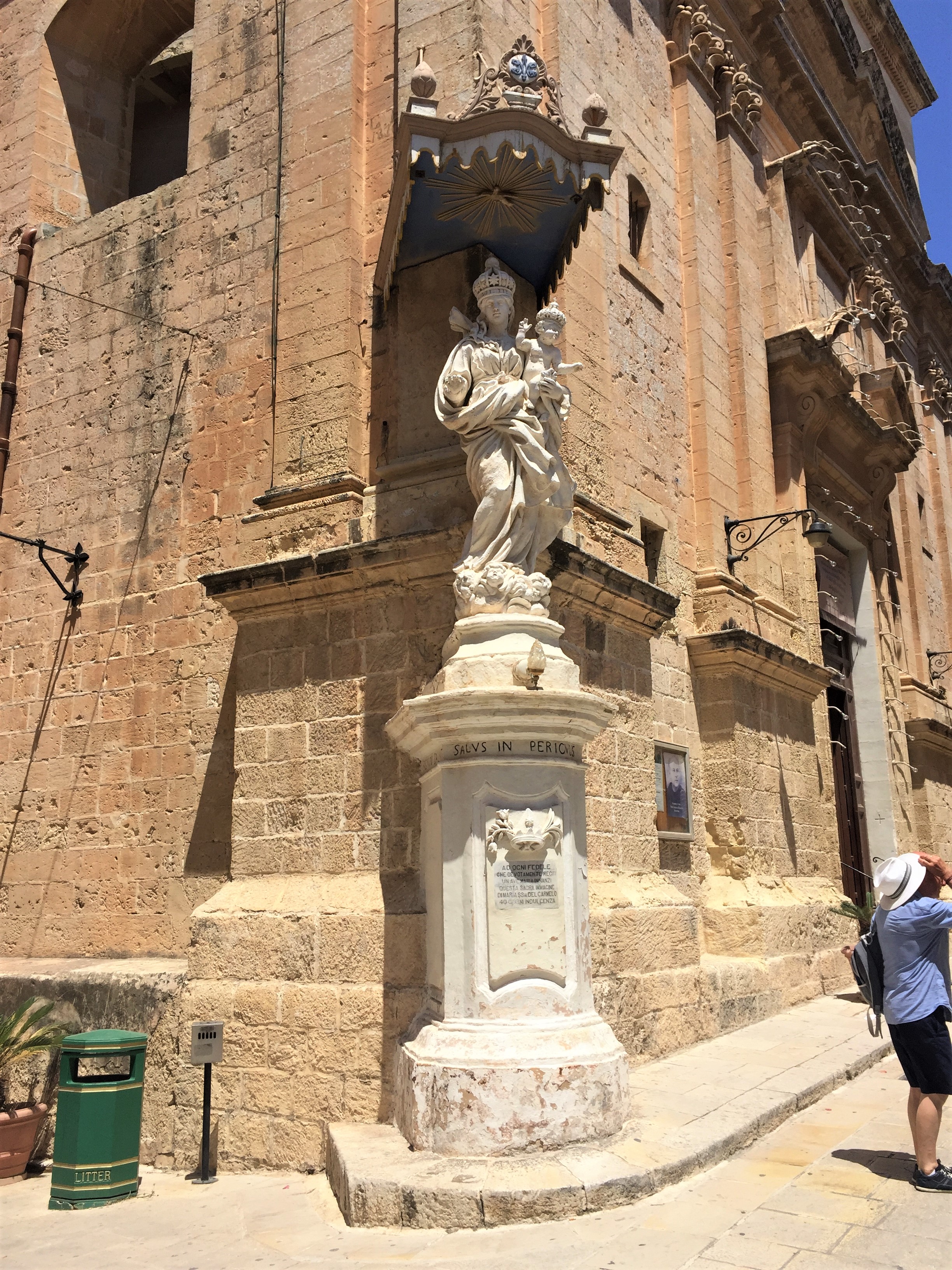 Noon – A picnic and sublime views:

Malta’s largest woodland (Buskett Gardens) is close to Mdina – which is loved by the Maltese as a picnic site.  Afterwards admire the uninterrupted view of the Mediterranean Sea from the Dingli Cliffs.  The cliffs offer breathtaking views and it is the highest point among all the islands of Malta is situated there – 253 meters above sea level. Extending from the shoreline to the Dingli Village. The Cliffs are massively wide, and they stretch for more than 2 km from Bahria and to Mungar.

Make your way to Golden Bay for sunbathing, swimming and a whole host of water sports.  Golden Bay is located next to Għajn Tuffieħa on the north-west coast of Malta, nearby the village of Manikata and known for its red sand and naturally formed dunes on its surrounding slopes.

Għajn Tuffieħa (meaning “the Apple’s Eye”), is next to Golden Bay and it is one of Malta’s most popular beaches and because it can only be reached by a flight of 180 steps, it’s much quieter than its neighbour. Come for the unspoilt rural atmosphere, with tamarisk, samphire and acacia flanking a stretch of fine sand, then stay for the sunsets, looking due west across the waves. The beach is managed by the Gaia Foundation, a local environmental body. 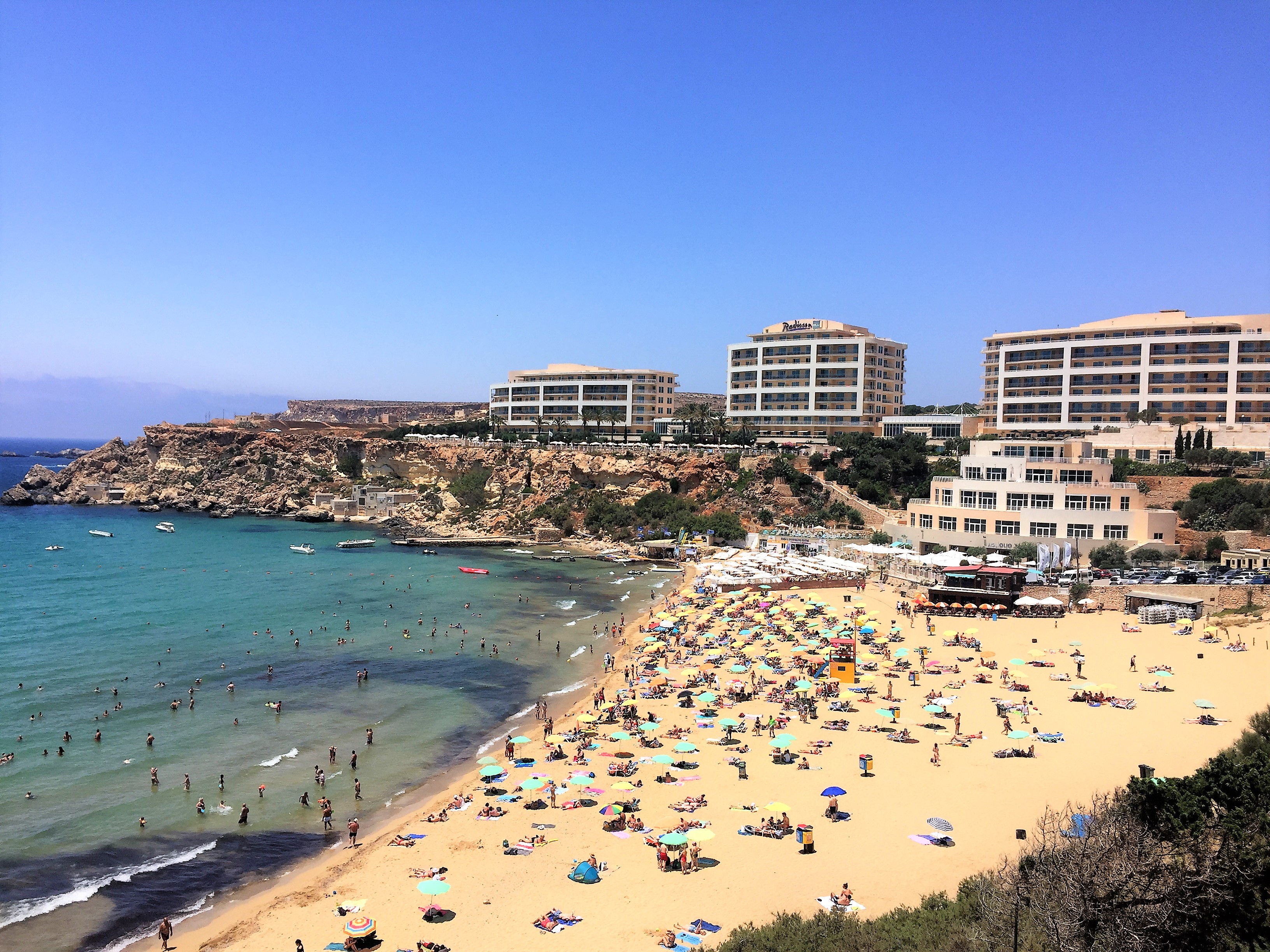 On a peninsula just 1km by 600m, enclosed in towering bastion walls and surrounded by clear blue Mediterranean sea, it is packed with historic sights and offers a wide variety of events and fine restaurants. Walk the narrow streets with their characteristic painted wooden, balconies the sun glows off the honeyed limestone walls.  Check out the interior of St John’s Co-Cathedral which is one of the world’s great baroque confections – a symphony of gold, paint and coloured marble.  A stone’s throw away is the Upper Barrakka Gardens, perched on the bastions overlooking the sparkling expanse of the Grand Harbour, one of the world’s great maritime sanctuaries and the heart of Maltese history. 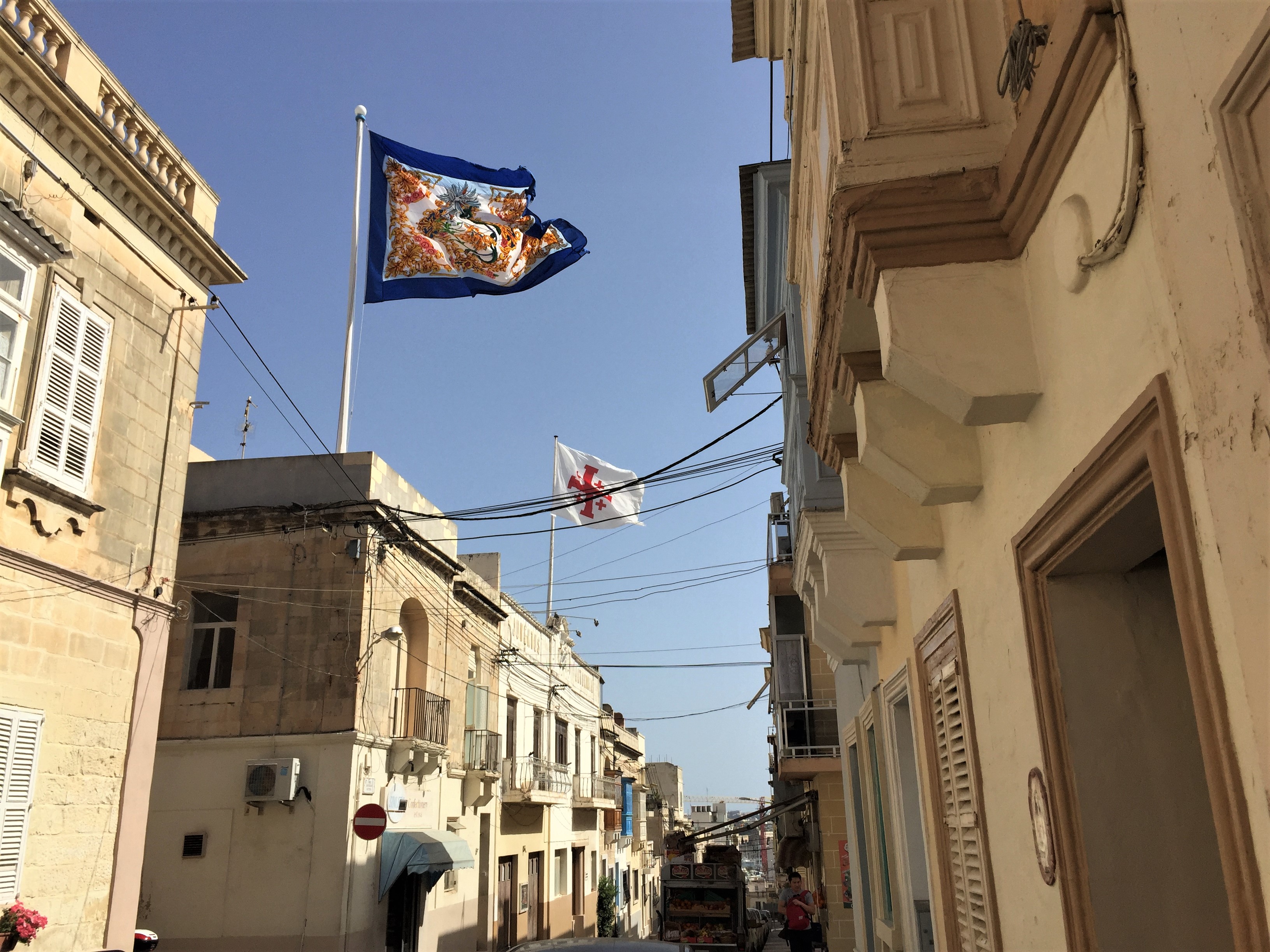 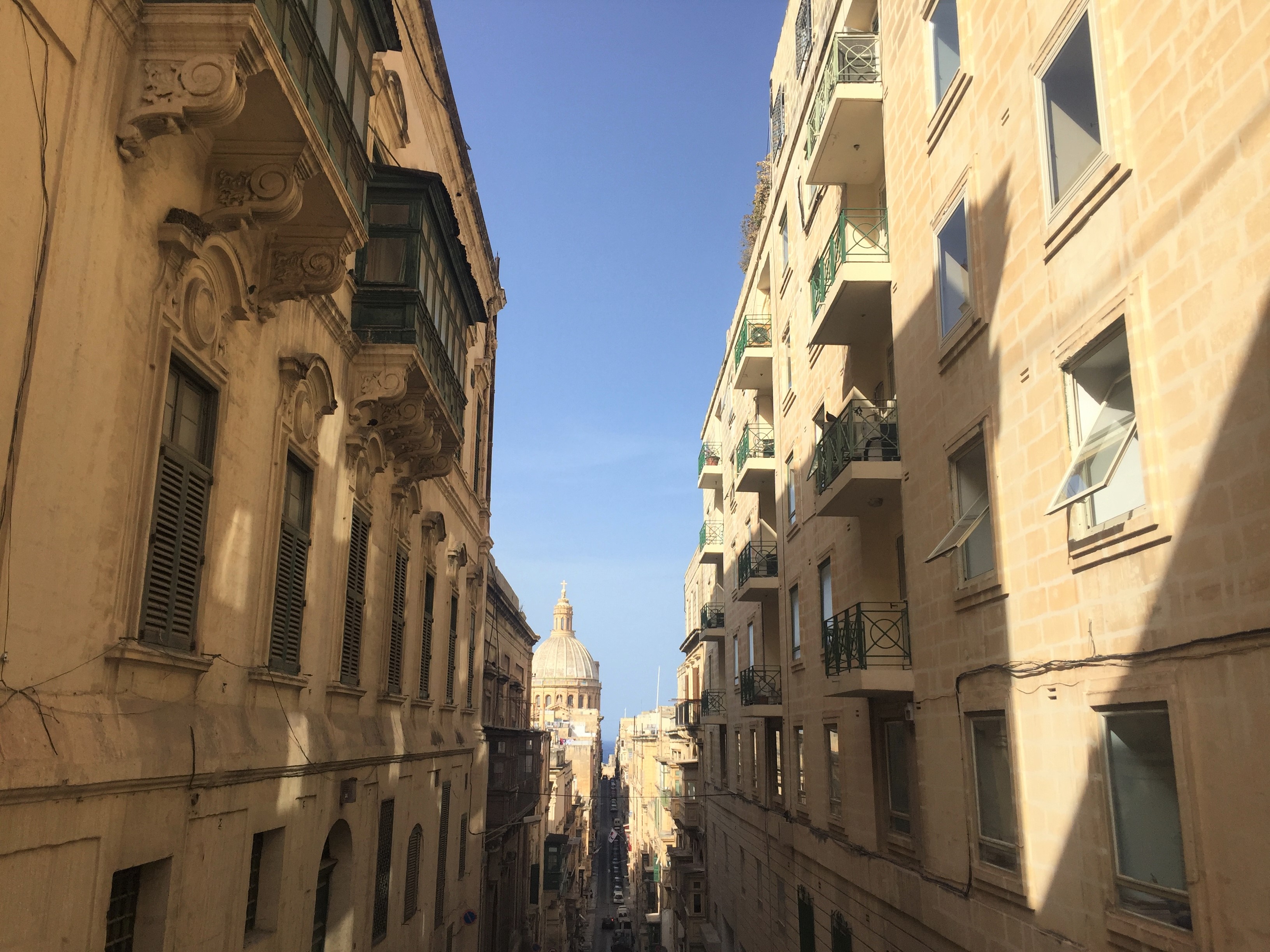 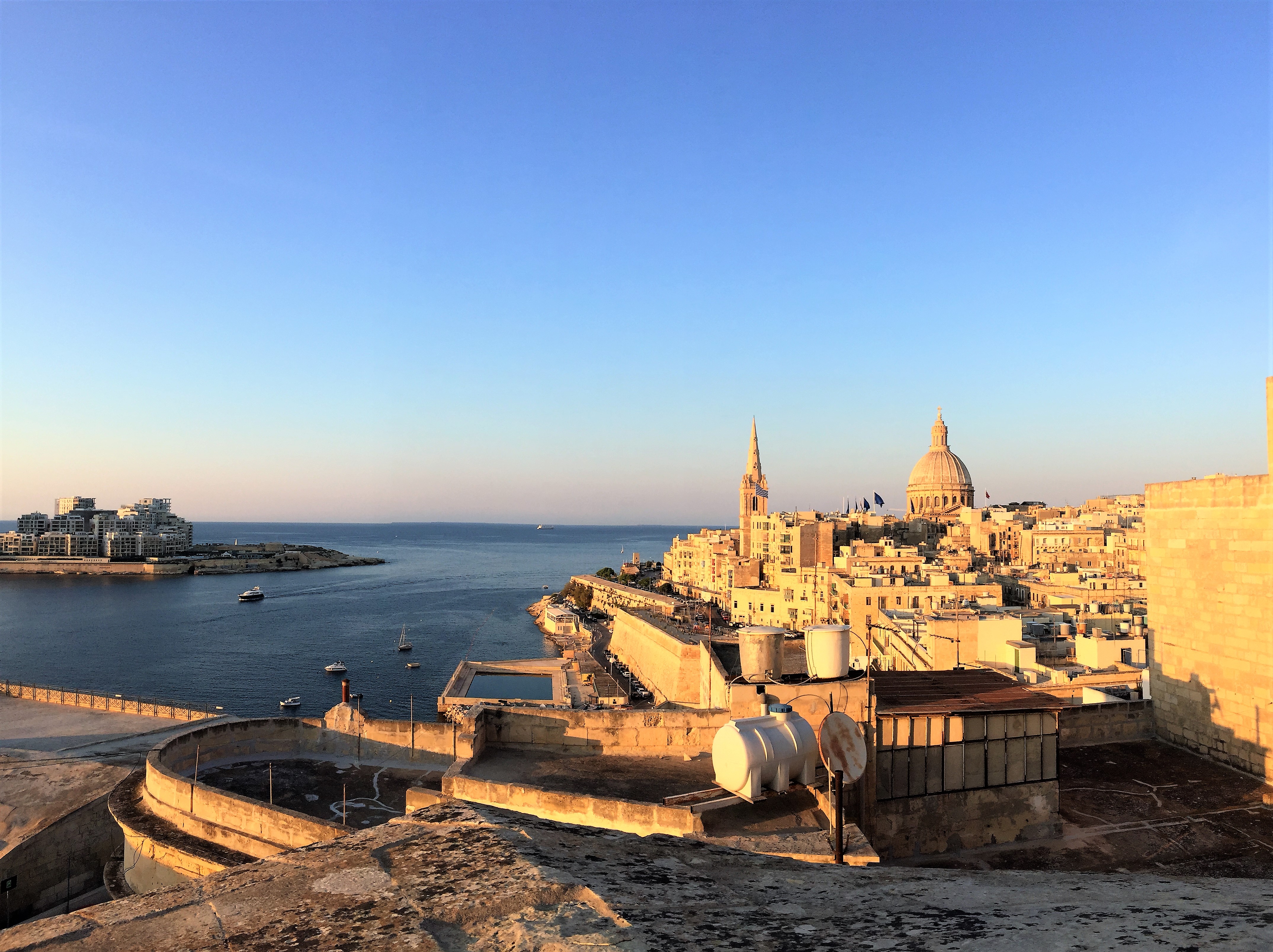 From Gozo’s ferry port Mgarr, take a visit to the temple of Gantija – officially recognised by UNESCO as the oldest free standing buildings in the world, the imposing Ġgantija Neolithic temples, just outside Xagħra in Gozo, are over 5,500 years old – that’s 1,000 years older than Stonehenge or the pyramids in Egypt. 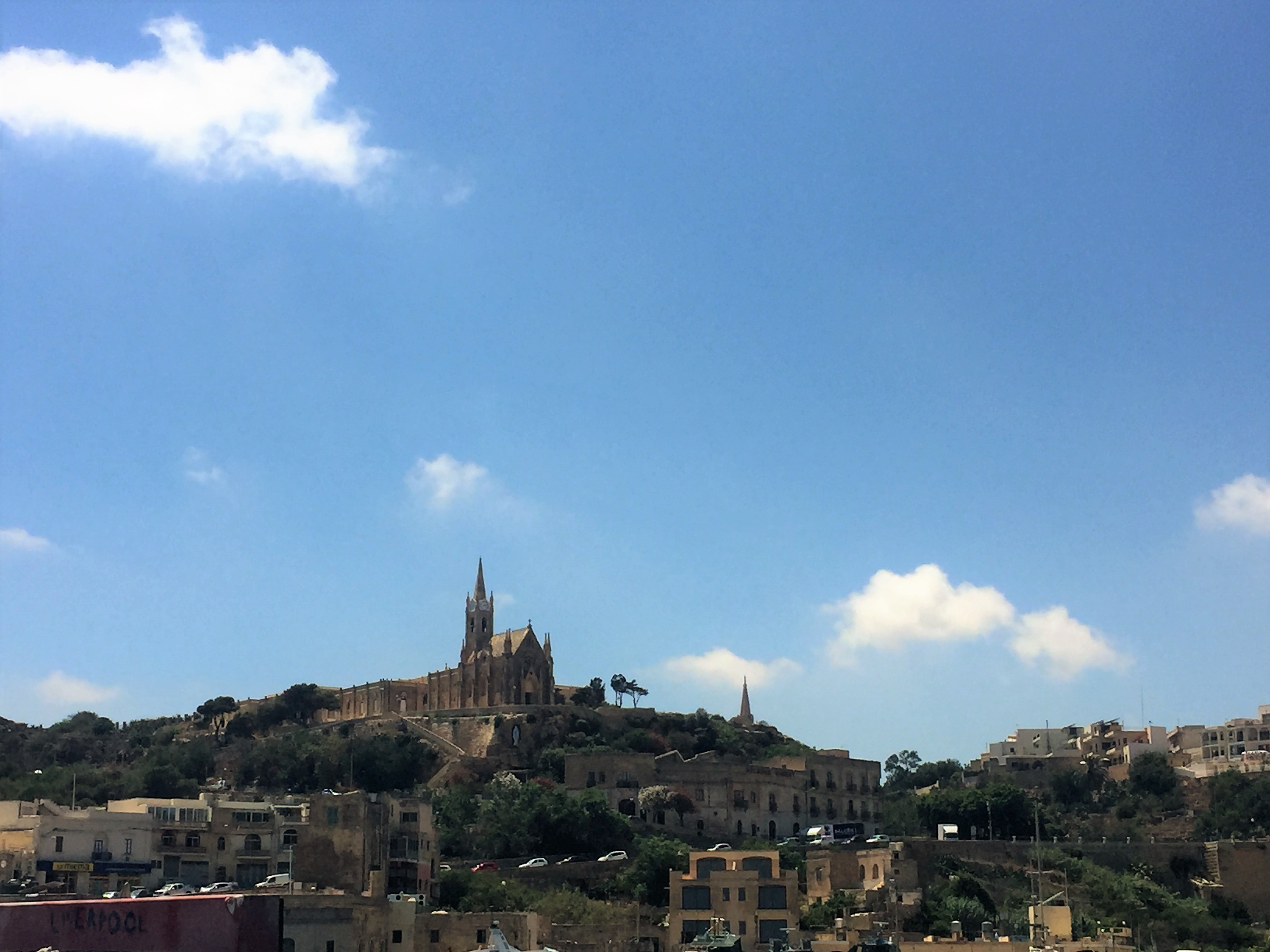 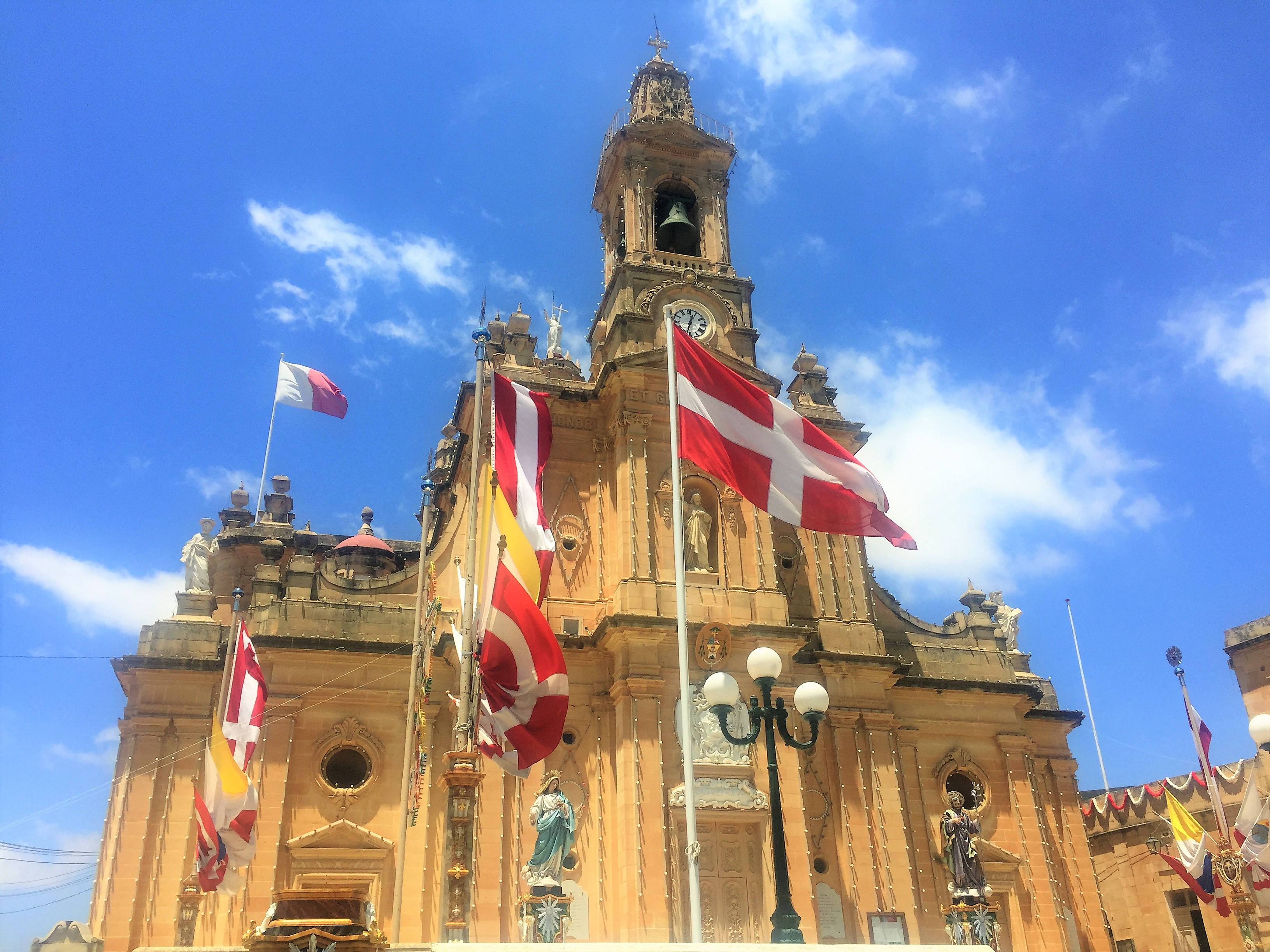 Noon – A picnic and sublime views:

Then move onto Victoria (Rabat) and check out the wonderful citadel – from the fortifications there is a superb view all around the horizon with vistas over the tiny fields cut by yellow stone walls, domes of village churches rising from clusters of houses and the Gordan Lighthouse.  Browse around Victoria’s market and narrow winding streets and you’ll find everything from delicious fresh produce, cheeses and wines, to antiques, craft goods, fishing nets and knitwear.

Afternoon – A picnic and sublime views:

Visit Xlendi – a charming fishing village, this bay, flanked by high cliffs attracts considerable crowds throughout the whole year. A 17th century tower rises on top of the high cliffs, adding to charm of the place. The town is surrounded by greenery that provides an opportunity for great walks. The pristine greenery hosts various flora and fauna, some of which are rare, such as seagulls, the Maltese Freshwater Crab and the national plant ‘Widnet il-Bahar’.

Also worth a visit is the former fishing village Marsalforn (the name is possibly derived from the Arabic for ‘bay of ships’) is Gozo’s main holiday resort – it has a lovely promenade lined by restaurants.

The promenade is also an ideal place to take a leisurely sunset stroll.

During your walk, you will notice a number of historical buildings, including a British military installation, which is now a restaurant known as Il-Fortizza (The Fortress), one of Grandmaster De Redin’s 17th century coastal watchtowers, a cluster of Art-Deco terraced townhouses and an impressive neo-gothic Carmelite church in Balluta.

You can walk to St. Julian’s and Paceville which are popular locations for nightlife in Malta, offering a wide array of restaurants, pubs and nightclubs.