Prague – a fairytale city with ancient castles and Gothic churches

The City of a Hundred Spires, with its medieval cityscape intact, continues to dazzle as it has for the better part of a millennium.   The Old Town’s Astronomical Clock still chimes the hour as crowds cross the cobblestone Charles Bridge under the gaze of the castle. 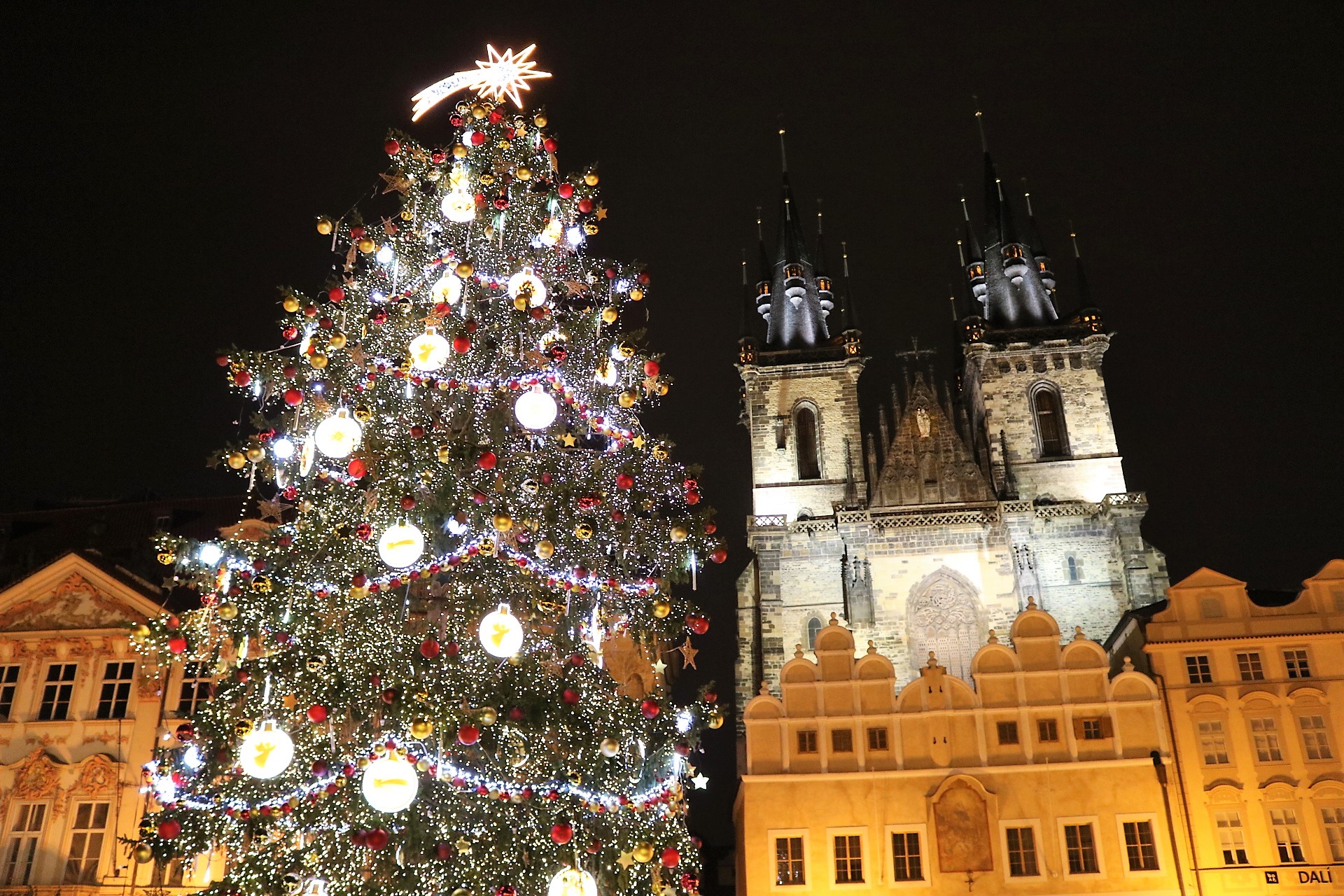 The Prague population call their city Mater Urbium – the Mother of Cities – a reference to a time in the 14th century when Prague served as the capital of the Holy Roman Empire.  Architectural treasures like Prague Castle, St Vitus’s Cathedral and the Loreto testify to that former grandeur.  But Prague is more than pretty buildings – it throbs with culture, music, literature, theatre – and intrigue.  All who visit are bewildered by the spires and cobbles and the tiny lanes of the most enchanting city in Central Europe.  It officially became a UNESCO World Heritage Site in 1992.

And did we mention the beer?  The Czech Republic prides itself as the home of the world’s finest lager.  What could be better than winding through the Baroque streetscapes of Mala Strana, taking the National Gallery’s collection of modern art a the Trade Fair Palace and enjoying the green spaces of the Wallenstein Garden or Petrin ill and then having a few drinks at one of the traditional pubs like U Zlateho tygra to digest it all over a point of Pilsner Urquell or Staropramen?

Prague is a wonderful place to explore with many of the magnificent sights within a short walking distance of each other.  I hope you love this historical city as much as I do.

8am – Marval at the Old Town Square:

Marval at the Old Town Square – the most significant square of historical Prague and one of the most impressive in Europe.  Dating from the 12th century it is blessed with Romanesque, Baroque and Gothic styles.  Check out The elegant tower of the Town Hall with the world famous astronomical clock, the proud silhouette of the fairytale Týn Cathedral, the monumental Church of St. Nicholas and countless multicoloured houses of many styles lend this place a unique atmosphere, which will captivate all those who decide to take a look at its charm.

11 am – Ramble across Charles Bridge:

The spectacular Charles Bridge (Karluv most) has witnessed processions, battles, executions and increasingly, film shoots since its construction between 1357 and 1402.  Architect Peter Parler built the viaduct in Gothic style to replace the predecessor, the Judith Bridge.  The bridge’s most distinguishing feature is it gallery of 30 statues.  Today the statues are copies with the originals preserved in museums across the city.

The castle was the seat of Czech kings for centuries and is now the seat of President of the Czech Republic. Its history begins in the 9th century with the foundation of a fortified element by Prince Bořivoj.. The complex comprises three courtyards and an intriguing mix of palaces, halls, churches and fortifications. St Vitus Cathedral, which looms above the entrance to the Third Courtyard, is the dominant building in the city.

Evening – Dinner and drinks in the Old Town:

After a long day exploring, there’s no better way to start off the night than with a cold brew or a freshly shaken cocktail at one of this neighbourhood’s hidden joints.  There are many bars and restaurants strung between the Old Town Square and Charles Bridge. If you fancy dancing the night away try Karlovy Lázně is the largest club in Prague and claims to be the largest nightclub complex in Central Europe.

8am – Marval at the views from Petřín Hill:

The Petřín Hill (formerly one of King Charles’ vineyards) offers beautiful views of Prague and several attractions for adults and children alike. The hill is easily recognisable by the TV tower that is a miniature of the Eiffel Tower in Paris.  Petřín Lookout Tower was built two years after the Eiffel Tower by the Czech Tourist Club.  You can climb the tower for views and enjoy some other activities while up at Petřín.  The easiest way to reach the top of the hill is with the funicular.  The views over Prague are spectacular.

Visit the second oldest gallery in Europe after the Louvre presents masterpieces of Czech and international fine art in permanent and temporary exhibitions.  Its exhibition spaces are in the following historical buildings: the Convent of St Agnes of Bohemia, the Kinský Palace, the Salm Palace, the Schwarzenberg Palace, the Sternberg Palace, the Wallenstein Riding School, and the Trade Fair (Veletržní) Palace.

Once home to monks and a traditional pilgrimage site, this ornate religious complex that houses thousands of diamonds is a charming destination and one of Prague’s most important historic monuments and tourist attractions.  The complex was built between 1626 and 1750 to the designs of Kilian Ignaz Dientzenhofer and is a significant example of the well-known architect’s work.  At the heart of the Baroque pilgrimage site is a structure representing the Santa Casa, the house in Nazareth where the Annunciation of the Virgin Mary took place.

Wenceslas Square is Prague’s bustling commercial area. It’s not as historical as Old Town, but essential to sightseeing in Prague.  The two iconic sights of Wenceslas square are: the National Museum and the Wenceslas Monument. Both are located at the southern end of the square. The National Museum is home to displays of natural history.  Wenceslas Square comes alive at night with the various bars and restaurants doing swift business.  Enjoy the bustling bars.