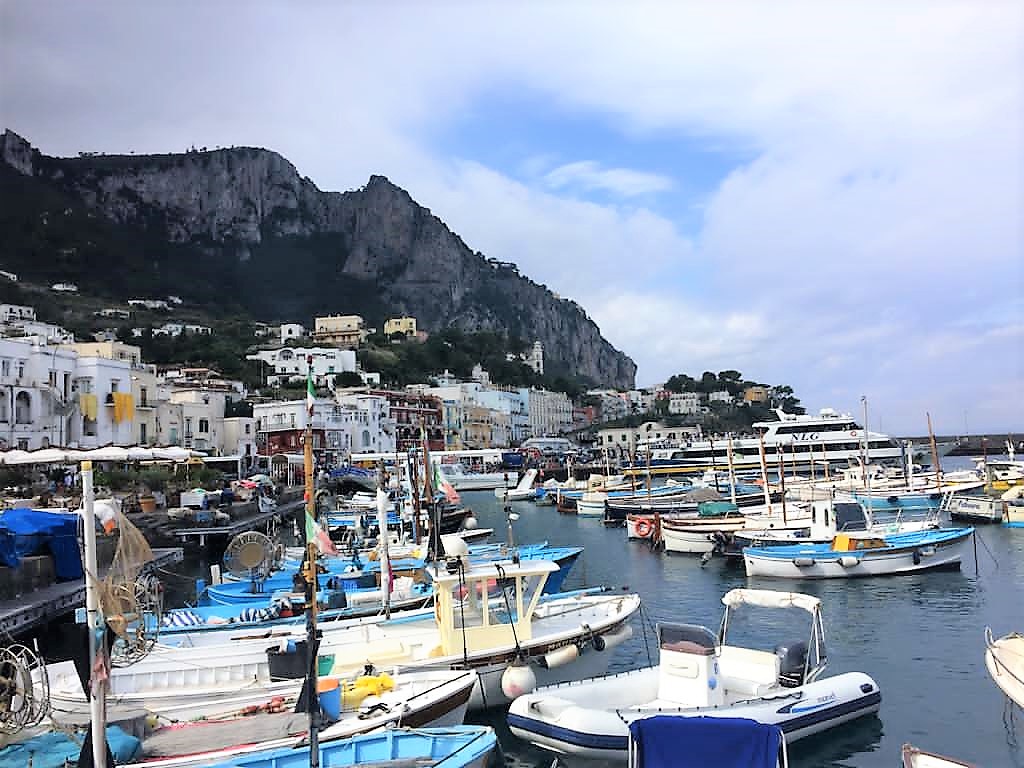 The Capri Travel Summary is segmented into 2 key travel themes to immerse you into everything Capri:

1. An introduction and brief history to Capri:

If you thought your trip to the Amalfi Coast could not get better – then you will be in a for a real treat when you visit beautiful Capri.  Capri is an exceptionally beautiful island best known for its dramatic coastal scenery that has been firmly on the Italian holiday destinations for over 2000 years: Emperor Augustus and Emperor Tiberius both had homes here. 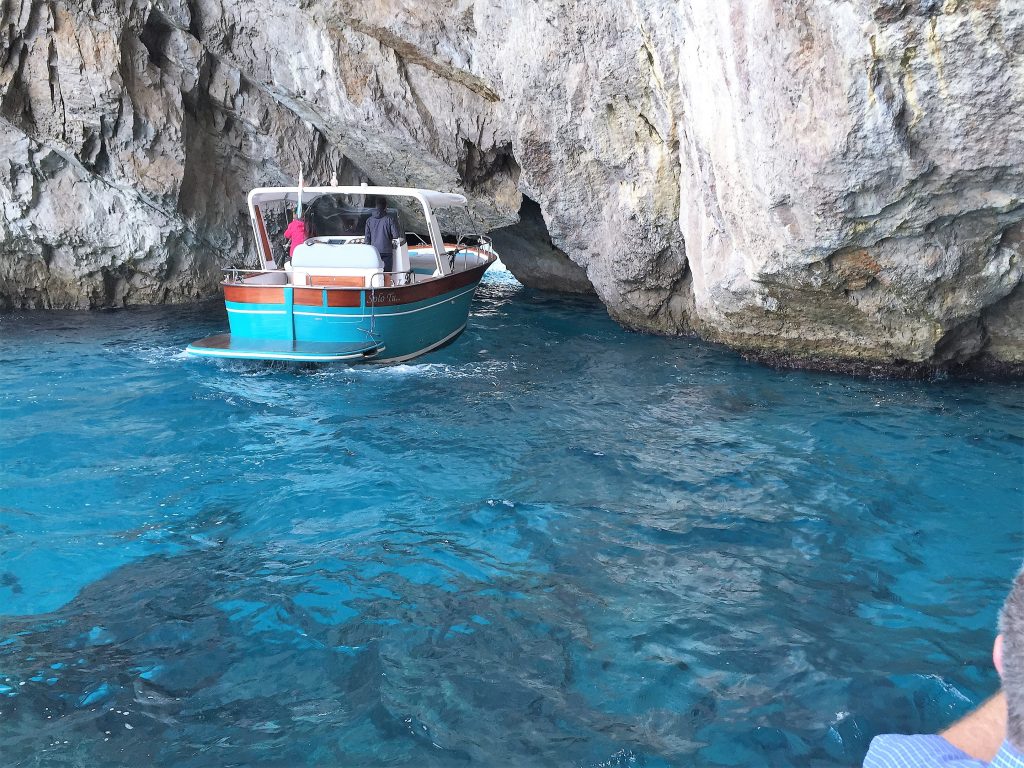 If you are travelling for a day trip make sure you give yourself enough time for sightseeing and just taking in the fabulous island.  A trip to the Blue Grotto can take a couple of hours and there are a number of wonderful sights and panoramic views on the island.  The Blue Grotto and Gardens of Augustus are absolute ‘musts’ for any visitor.  The prices are pretty high on the island and you can definitely save some money by buying some food from one of the supermarkets and eating truly alfresco. 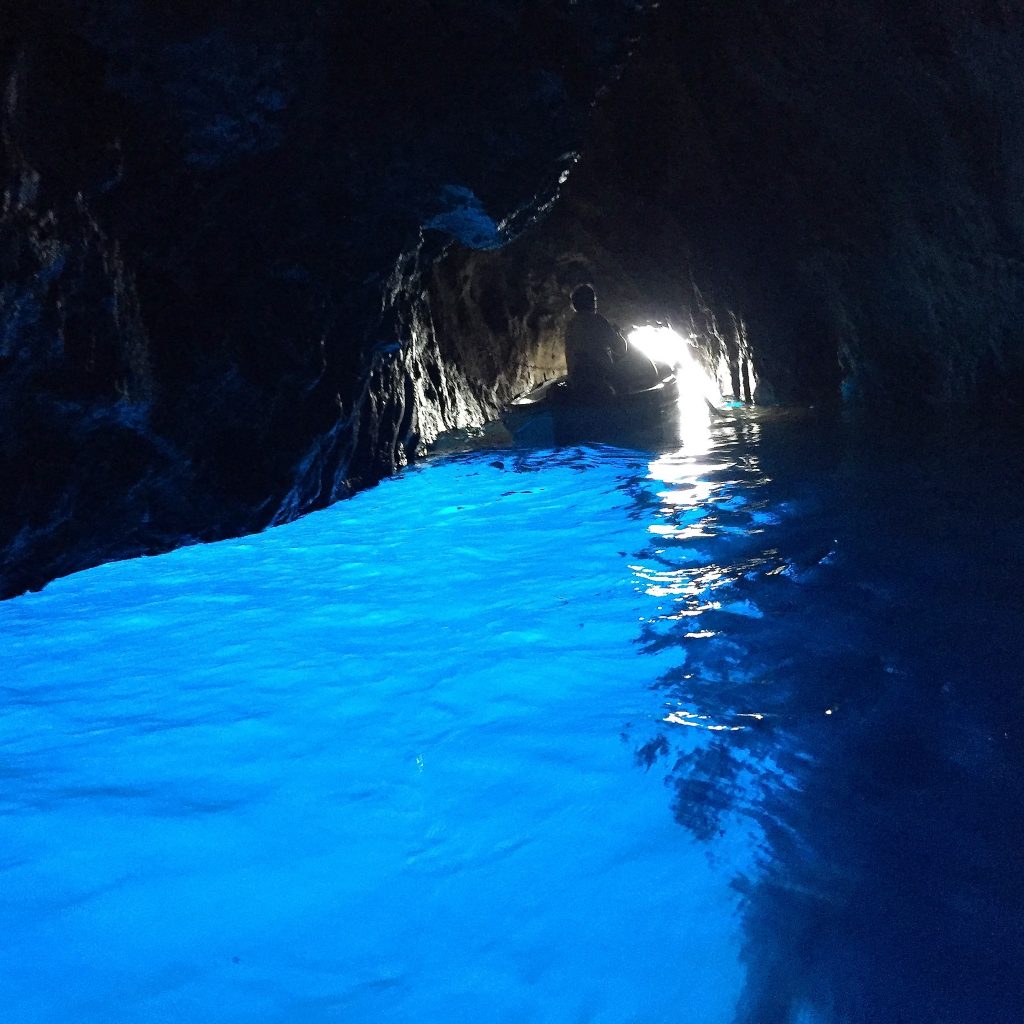 Capri can be a destination in itself for true relaxation or if you are like me you can weave it into a larger itinerary by visiting some of the UNESCO sights in Naples, Pompeii and the fantastic Amalfi Coast.   Capri also has some incredibly beautiful walking trails for example the Pizzolungo.   This a  spectacular coastal path which hugs the southern coast of the island, where you can see the Natural Arch and check out the views from the Tragara viewing point. 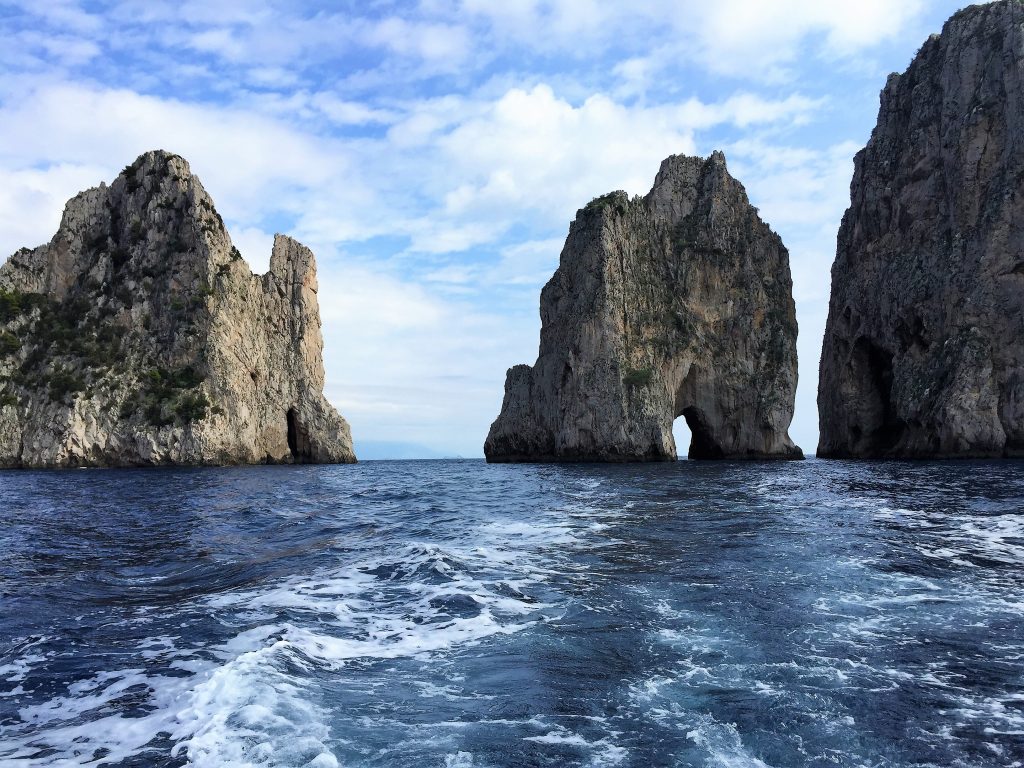 Visitors arriving in Capri, generally take the Funicular, from the port to the terrace near the “Piazzetta”. The journey up through the island, and the fantastic view from the top, are great moments to catch holiday snapshots of this breathtakingly beautiful island.

Gardens of Augustus and Via Krupp

The Natural Arch and Pizzolungo 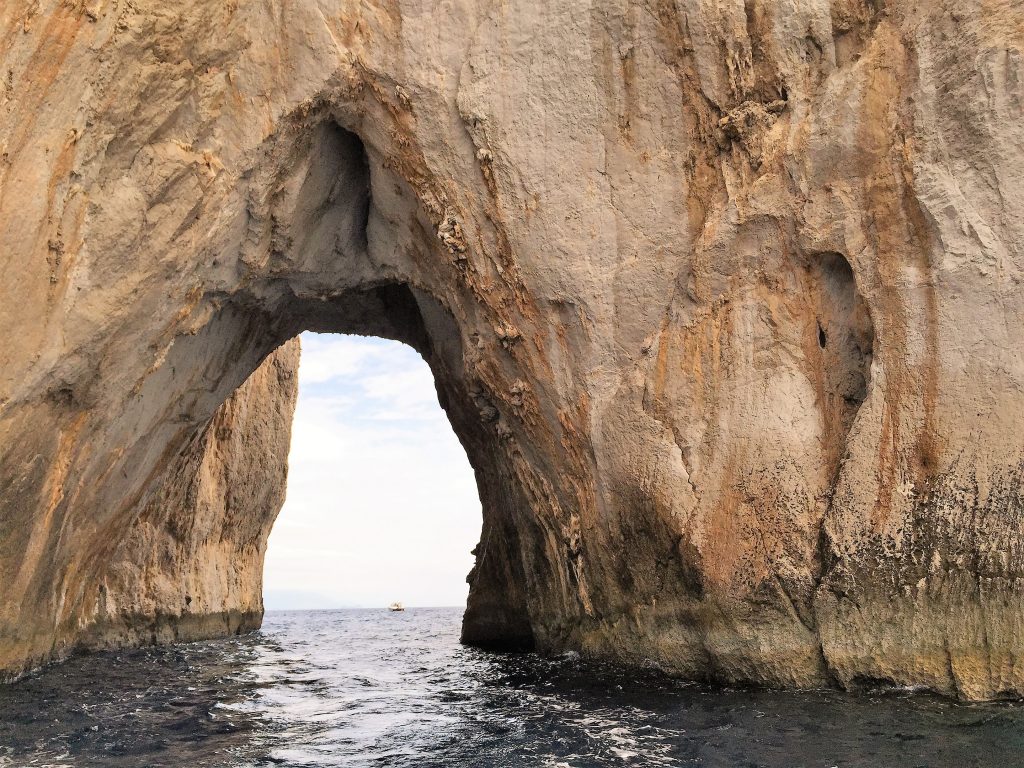 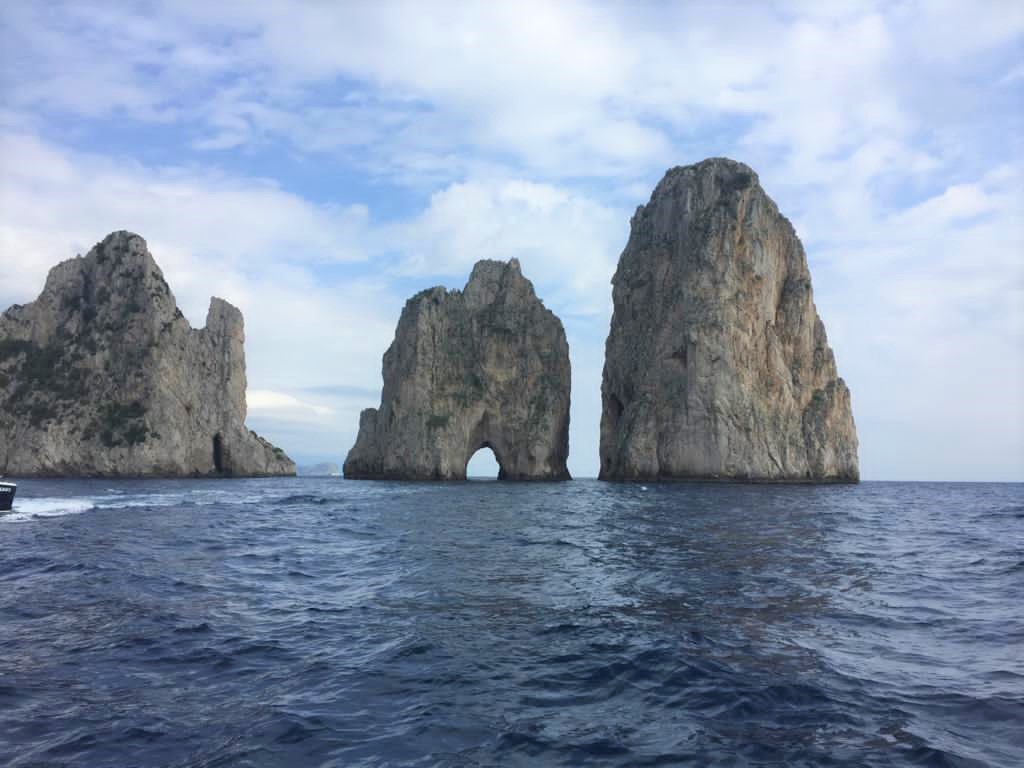 The Charterhouse of San Giacomo 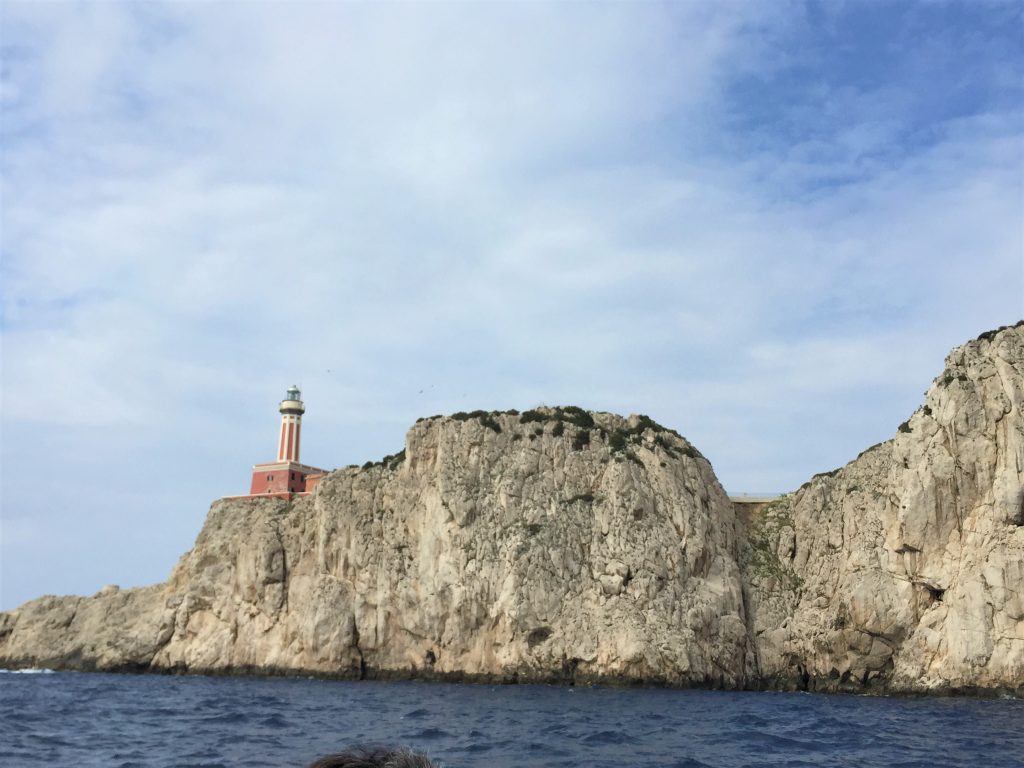 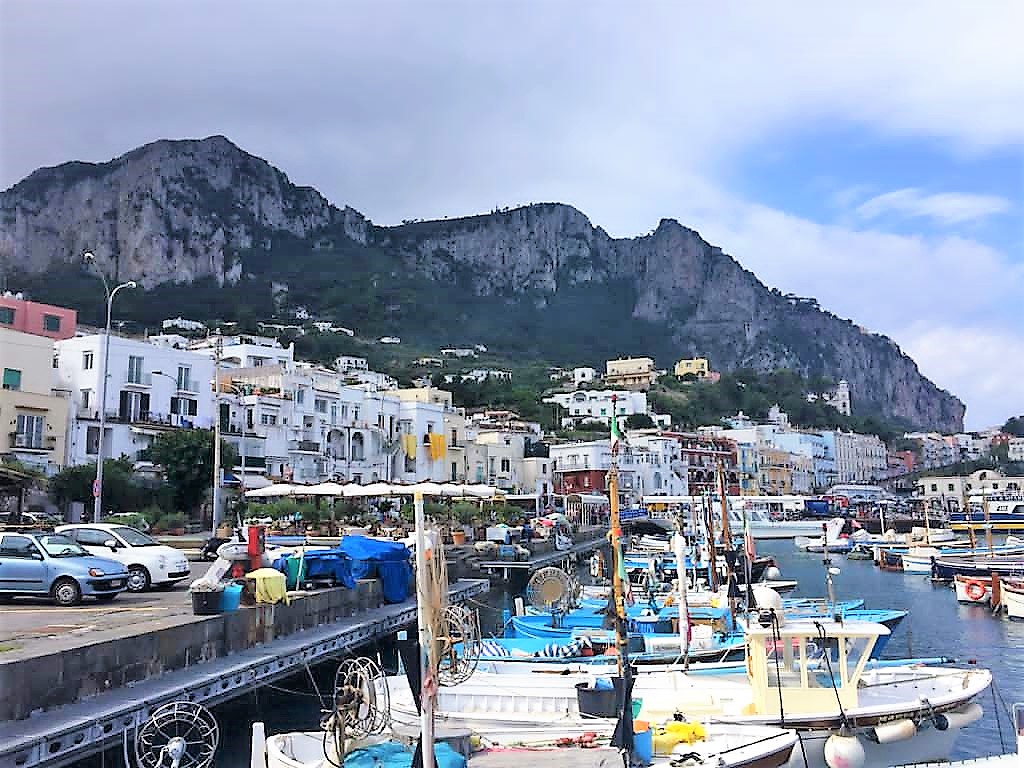 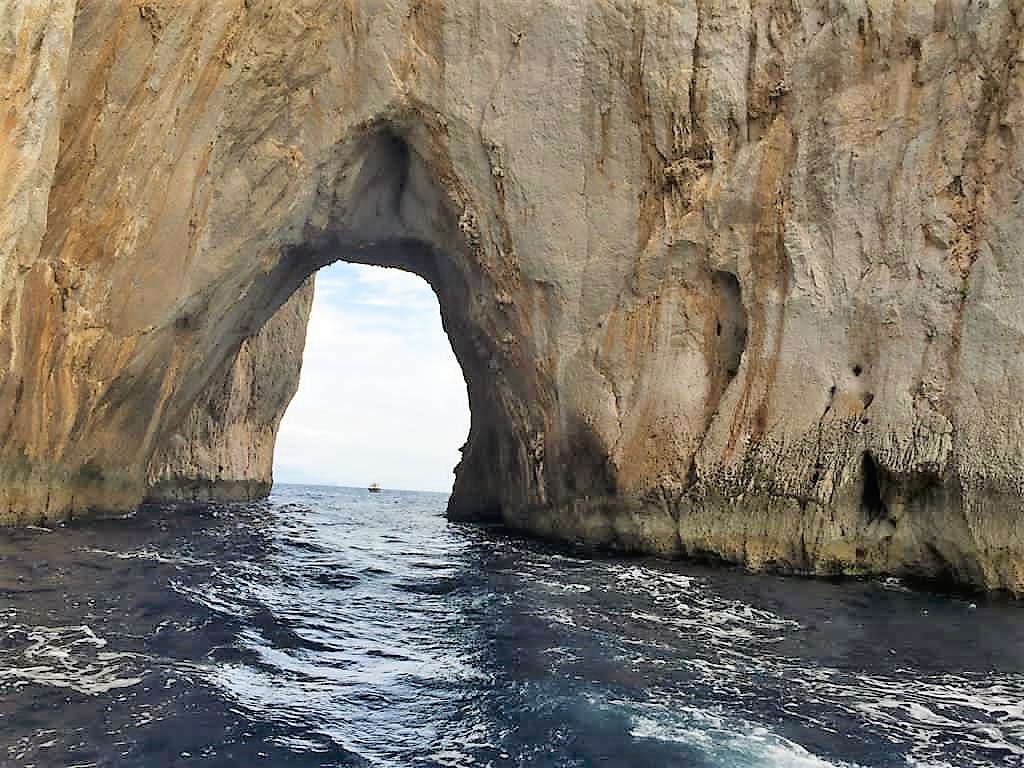 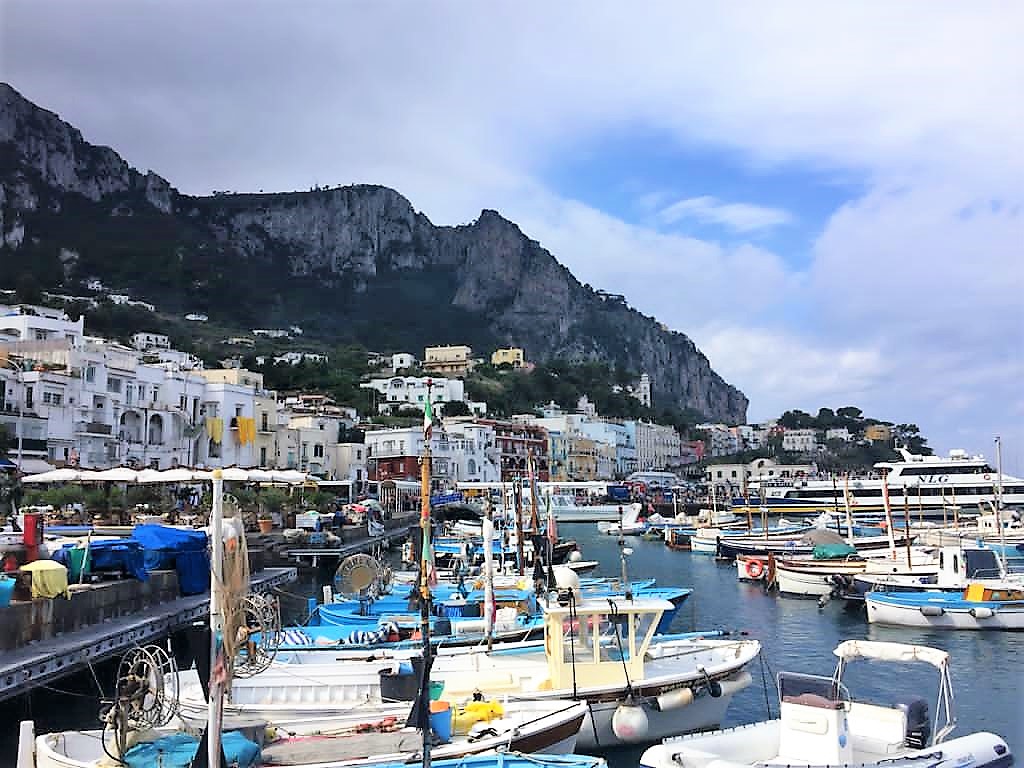 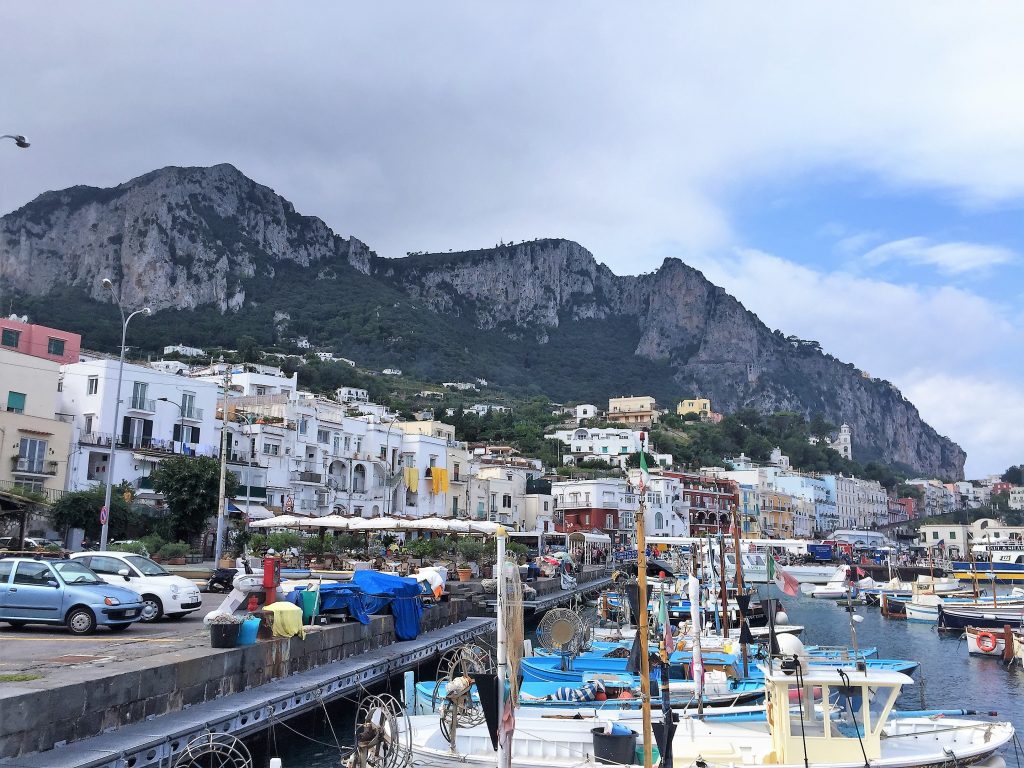 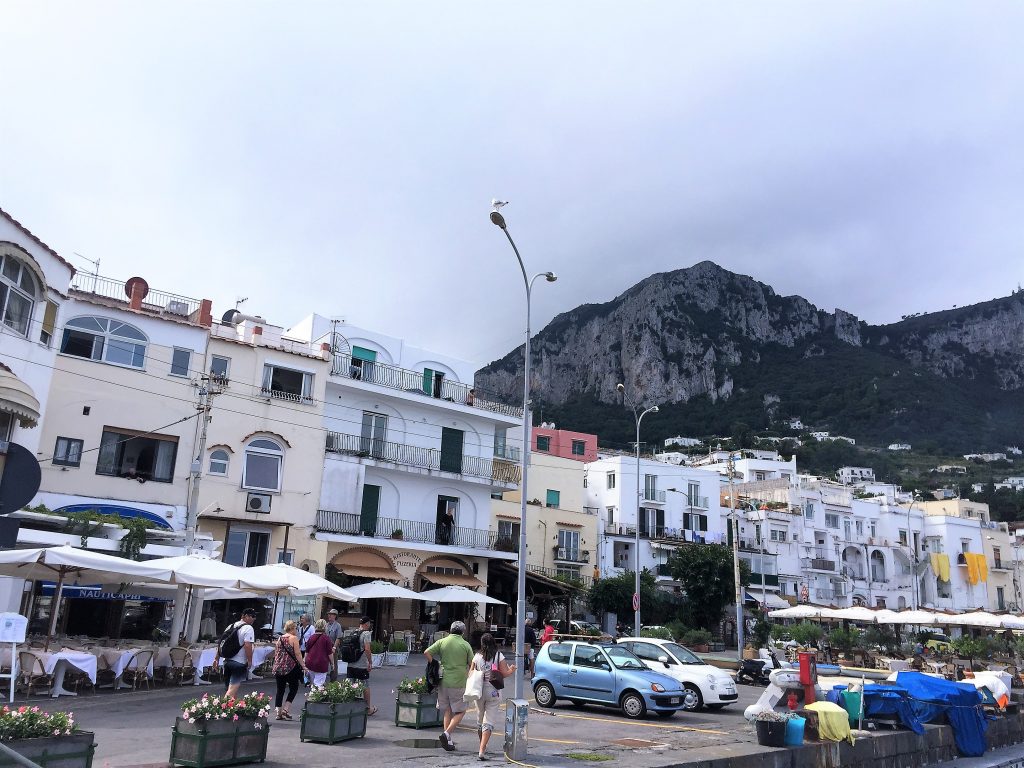 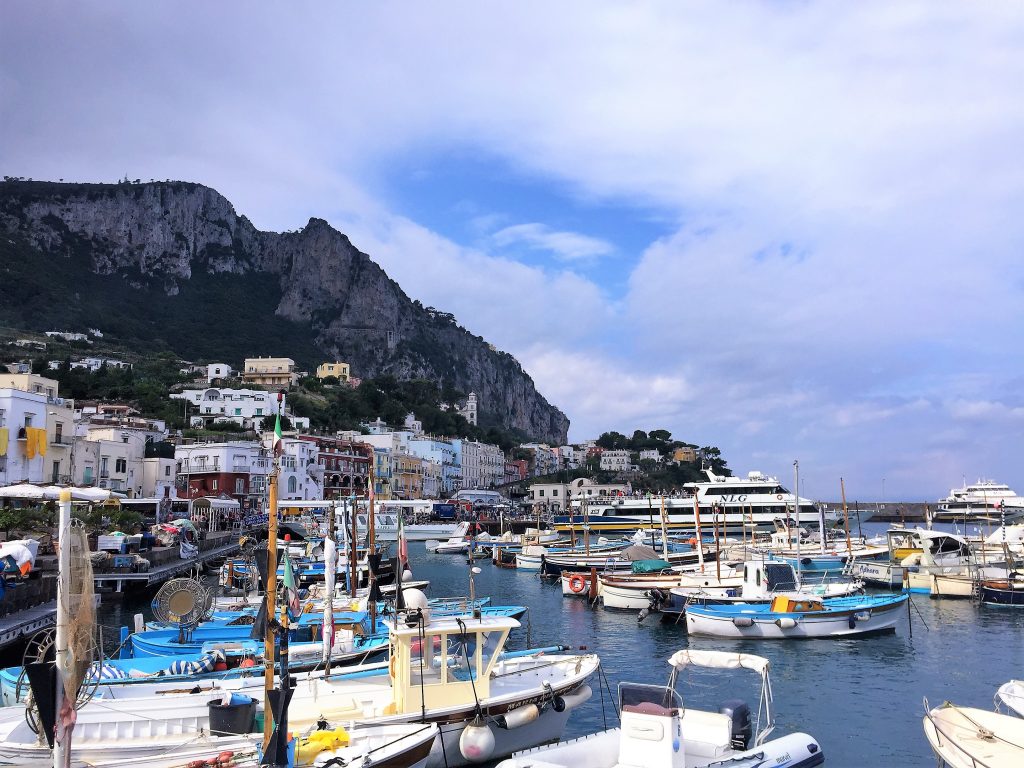 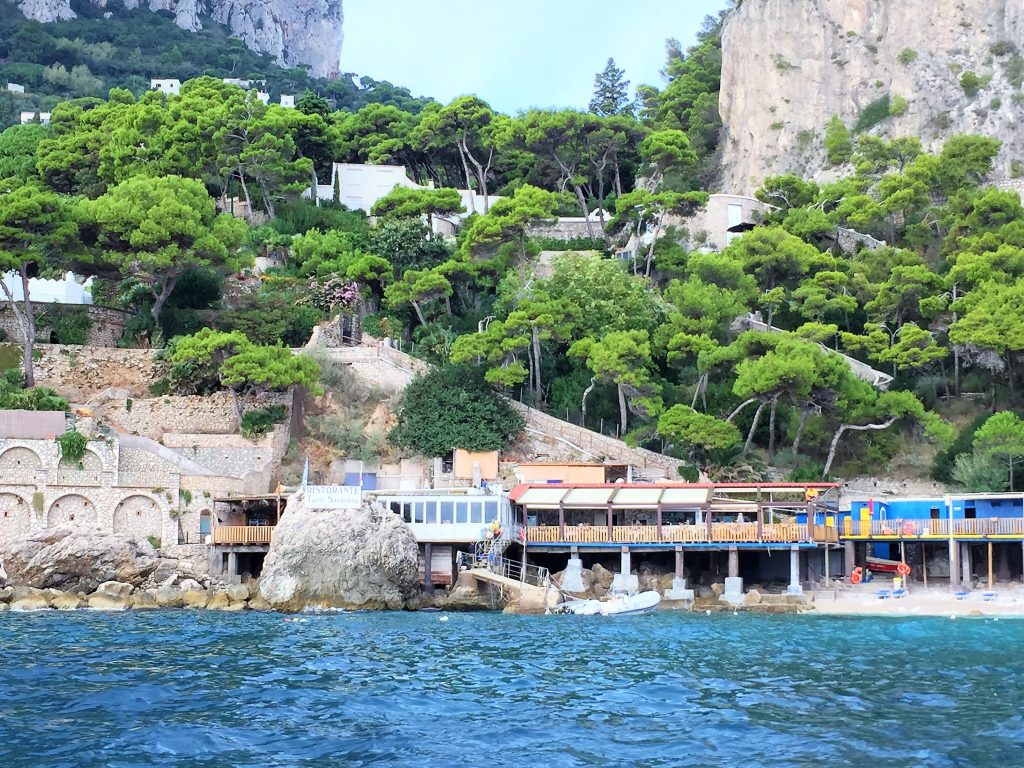 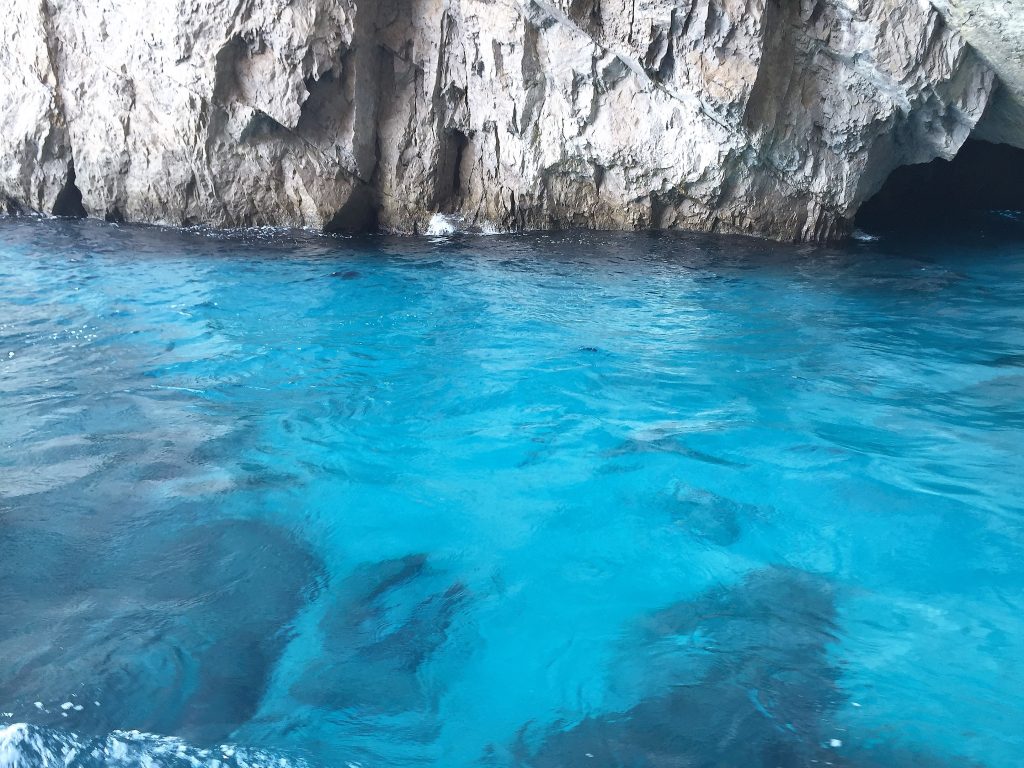 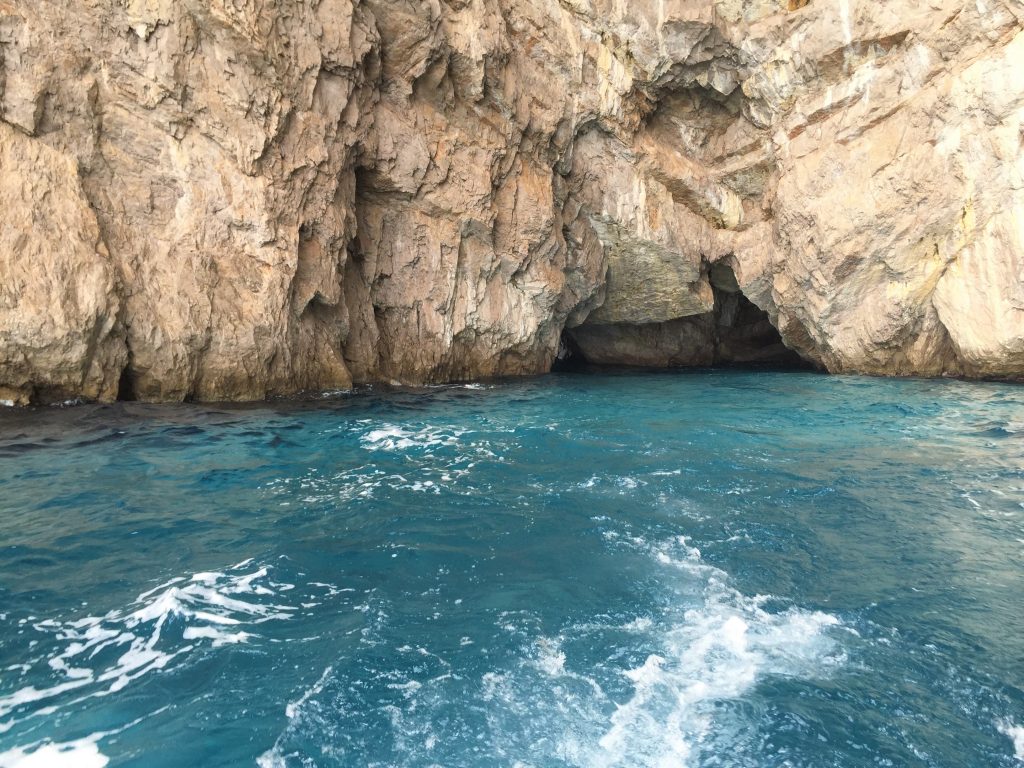 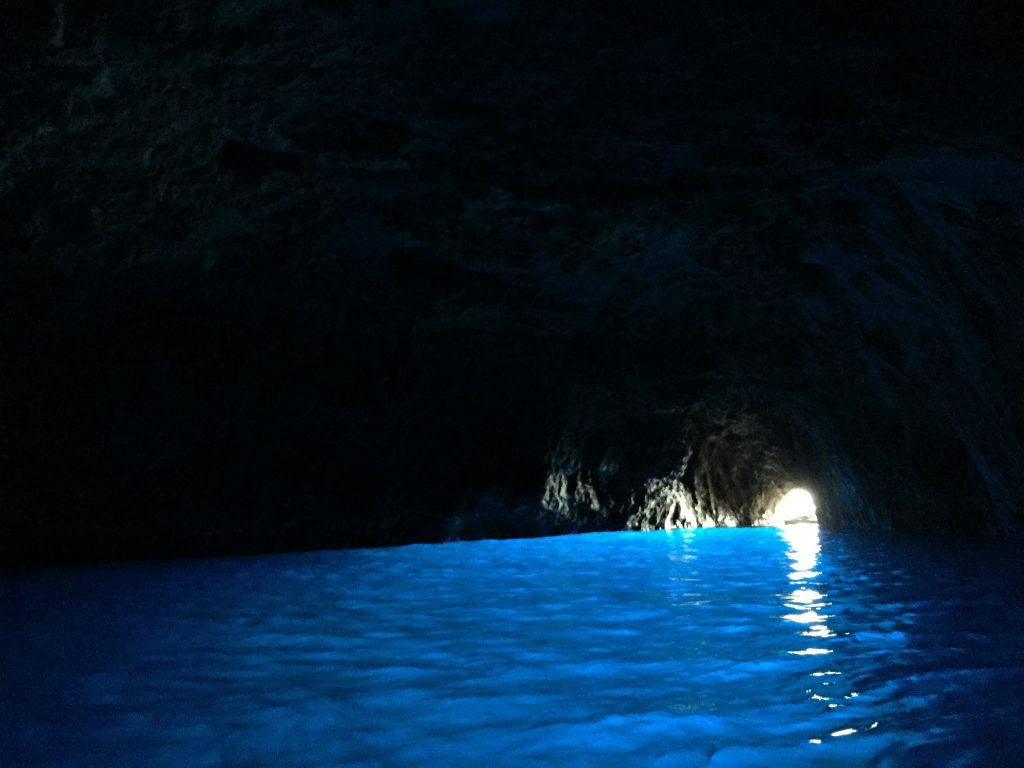 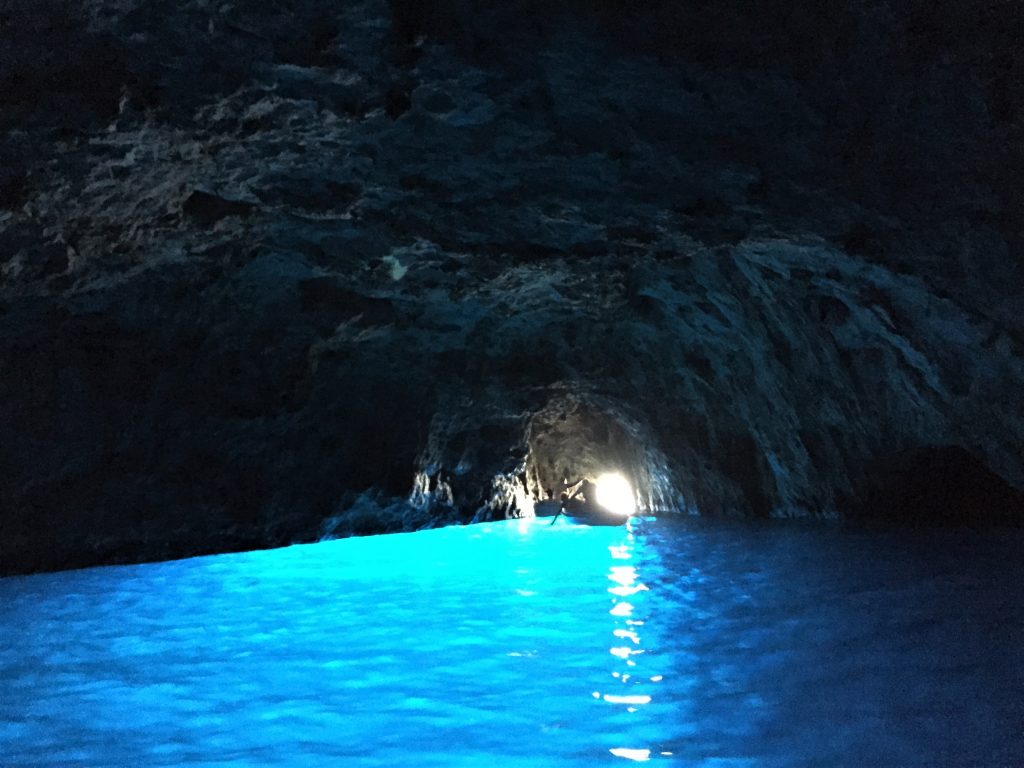 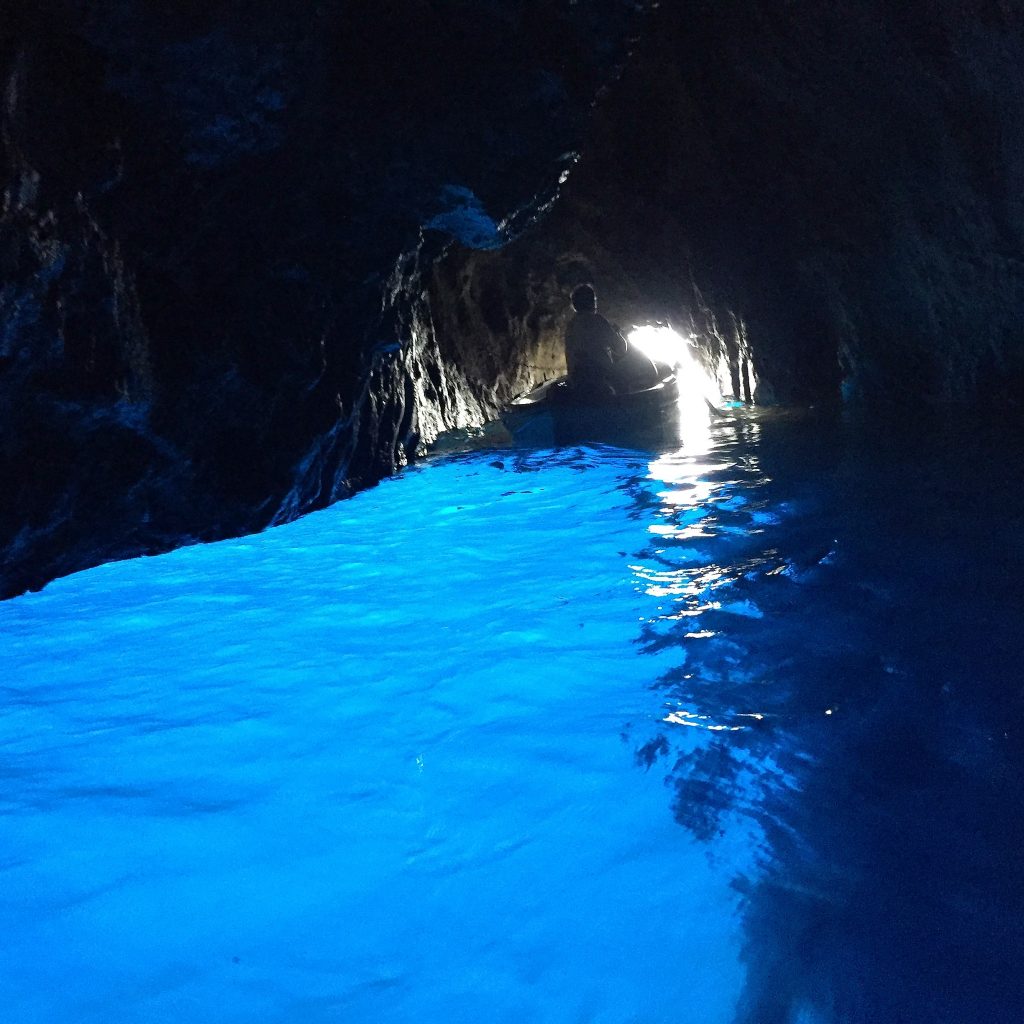 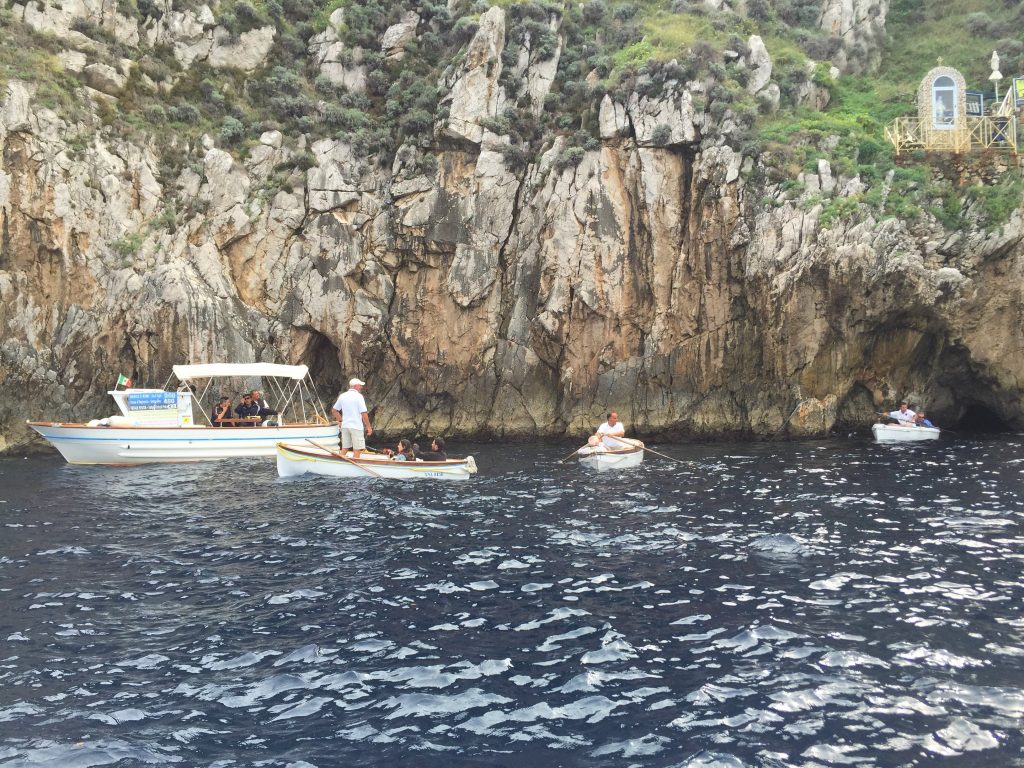