Riva del Garda occupies a spectacular spot, surrounded by sheer rocky cliffs on three sides and the serenity of Lake Garda on the other. Riva del Garda is the northernmost town on Lake Garda and oozes Italian charm, with an historic old town full of winding passageways, a glamorous lakefront promenade and outstanding position. 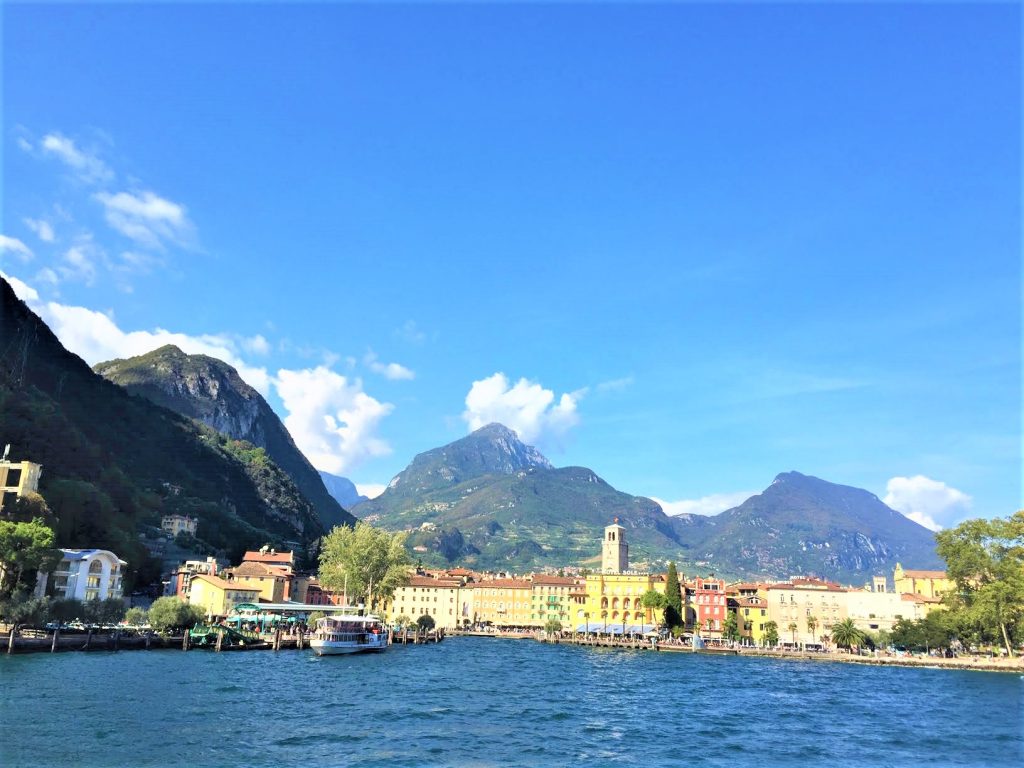 Surrounded by olive trees, lemon trees and palms, this atmospheric town of winding streets and waterfront squares, was once part of Austria, giving it a truly unique feel. The surrounding majestic mountains and lake offer a wealth of sporting opportunities meaning here, there really is something for everyone.

There’s plenty more to see and do, including visiting the fortified town museum and taking a stroll along the picturesque promenade. The town has a great laid-back vibe, and you will find many locals and visitors indulging in some downtime by enjoying gelato at the lake’s edge, or perusing some of the quaint shops dotted around the streets.

Torre Apponale, Riva del Garda Rocca is the fortress on the waterfront that is surrounded by a moat, now used by small boats. This fortress was founded by the Scaligeri lords from Verona in the 14th century then restructured by the Venetians in the 15th century and also later by the Lords from Trento. 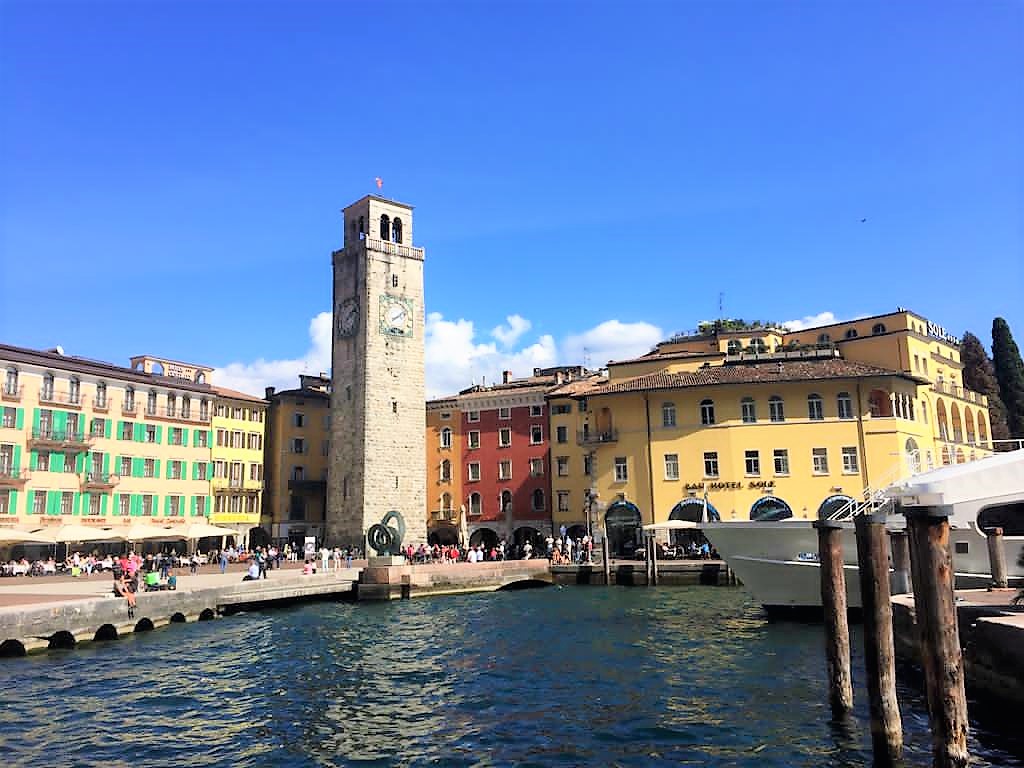 You can now explore the the Città Vecchia (Old Town), the historical centre of Riva del Garda where you can see some interesting baroque style palaces. Enter the old town by the “Porta-Torre of San Marco” or the “Porta-Torre of San Michele”. There is a baroque style church in this part of Riva del Garda called the Church of Santa Maria Assunta that has a typical baroque interior.  In the old town’s main square you will find the Torre Apponale. This impressive tower, standing at 34 meters tall, is worth the climb to the top for the spectacular views across Riva and the surrounding lake. 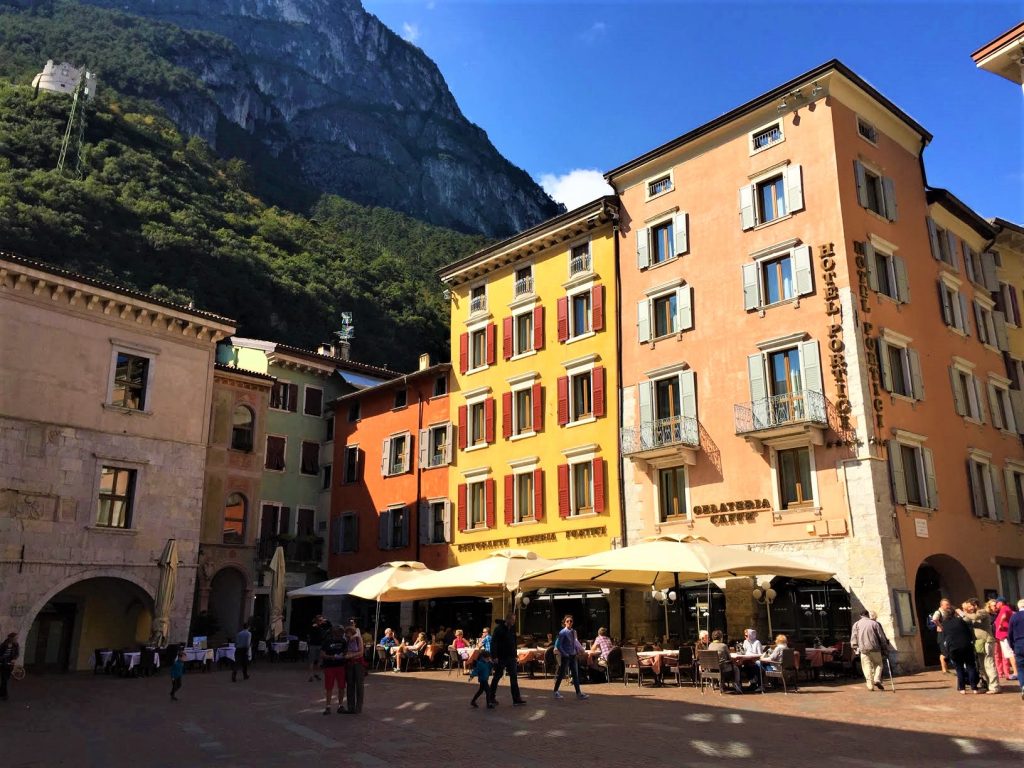 Other buildings in both the Renaissance and Baroque styles can be seen along the “Viale Roma” including the most impressive church in Riva del Garda, the Church of the Virgin, on the northern edge of the old town. Little more than one room with a dome, the interior is flooded with light and resplendent with marble columns and paintings on every surface.